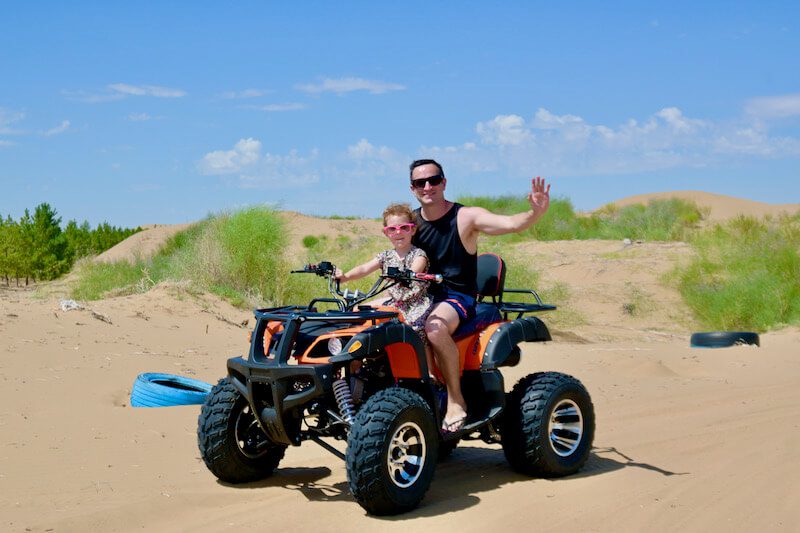 50 types of transport from around the world

Types of transport around the world

When it comes to getting from A to B in different parts of the world, there are always plenty of options to choose from. Some are more practical, like cars and buses, whereas some are a bit more fun – think of a horse and carriage, for example! Below you’ll see fifty different types of transport around the world!

Bicycles, more commonly known as bikes, are prevalent around the world. They are a low-cost form of transport, in that once you have paid for the bike itself it is free to ride. With two wheels and zero emissions, bikes are also eco-friendly and good for your health. When it comes to who uses bikes the most, that award goes to The Netherlands. Numbers are high in Sweden, Norway, China, Denmark and Germany too.

Coaches are used for group travel and inter-city travel. You can hire a coach as a group to travel to a concert, for example, and schools often use them for field trips. They are also often a more affordable way to travel between cities. This is especially true in the UK, where train travel is very expensive.

The actual name is an auto rickshaw. They are motorised rickshaws and are common in hot/tropical countries as they’re not fully enclosed. They are also fairly inexpensive to buy, own and use so can be found in various developing countries. Tuk-tuks are most common in India, but are spreading rapidly for use in tourism, entertainment and general transport.

Camels are used for transportation in sandy desert areas throughout Asia and northern Africa. This is because they can go several days without needing water and can carry large amounts of freight as well as people.

Technically called an aerial tramway, cable cars are for short distances. Small pods travel via two stationary ropes with a third moving rope, and they move fairly slowly. They are rarely used for urban transport or commuting (though in Wroclaw, Poland, you can cross the river using cable car where there is no bridge) but are common in ski resorts. They are most commonly found in the Alpine regions of Europe.

While skateboarding is now an Olympic sport, it is also something that has been practiced for many years. Some people use skateboards as a means of getting from A to B, too! This tends to be younger people heading to school or college, and is more common in America than elsewhere.

Also an airplane or simply plane, this is a fixed-wing aircraft. The most common airplane usage is recreation and military use. Planes are used for inter-country travel across the globe, with commercial aviation being one of the most lucrative businesses worldwide.

Also known as a beach buggy, these are small motor vehicles with huge whees designed to use on beaches and other sandy locations. Generally they are used for recreation and fun, as well as sightseeing. They are commonly found in countries such as Peru, Dubai and Morocco.

This is a type of canoe commonly used in the Okavango Delta and on the Chobe River, located in Botswana. This is one of the least common types of transport around the world. It is propelled through shallow water by standing in the ‘stern’ area and pushing with a pole.

Found in the UK, this is a particular type of canal boat. They are designed to fit in the narrow locks here, and they are generally just used for tourist purposes now. Some people even live on narrowboats!

Reed boats are among the oldest known types of boats. They are still used in a few places around the world as traditional fishing boats (mainly in South America) though they have mostly been replaced with planked boats. They are often waterproofed with tar.

A moped is a small motorcycle, popular in Italy, New Zealand and the UK. They are only just faster than a bicycle, although they are engine-powered.

Commonly found wherever golf courses are located, golf buggies are small vehicles (big enough for two) used to transport players and their equipment around a course.

These a type of boat associated with celebrities and the rich, found in well-off parts of the world such as Miami and Cannes, used for holidays and parties.

A monorail is an elevated singular-track railway used within theme parks and airports for the most part, to eliminate the need to walk from A to B.

Ferries are a mode of transport used to transport people and cargo between countries. You can take vehicles on board which makes them great for holidays without the need to fly.

A tram is a type of train that runs on a track on the road. They are common in European cities as a mode of transport – Prague, Vienna and Ghent, for example.

Found in Venice, these small boats (steered by gondoliers) are mostly used for tourist purposes now but were once the main mode of transport in this Italian city.

A zip-line (or zip-wire) is a pulley on a stainless steel cable, generally found on a slope. Not really used for transit, they are more so used for fun and adventure sport. The longest in the world is located in Wales!

Cruise ships are another type of boat used to transport people from country to country. However, they are much more comfortable than ferries and the ship is part of the holiday itself with various amenities included.

With three wheels and the shape of a half-coconut, this is an affordable way to travel in the cities of Havana, Varadero and Trinidad.

This is a sled or sleigh pulled by dogs, and used to travel through snow and ice. You’ll find dogs sleds in countries such as Canada and Greenland, as well as the state of Alaska.

A train is one of the most common types of transport around the world. Trains are track-based modes of transport used for both short and long journeys.

Found in marshy areas like the Everglades, Florida, airboats are used for fishing and also for tourist purposes.

Found across the Indian subcontinent, this is a specific type of horse drawn carriage which uses just one horse. They are so slow that they are not allowed in many cities and towns!

This is a traditional wooden sailing boat with a canvas sail, which comes in various sizes and is mostly used for sightseeing. They can be found mainly in Egypt as well as Malta, Tunisia and Iraq.

These crowded and decorated jeeps are buses in the Philippines, though they are being phased out at the moment.

This is a type of elevated monorail in which the vehicle is suspended from a fixed track built above streets or waterways. There is one Wuppertal, Germany.

A car is another of the most common types of transport in the world. Cars can travel both short and long distances, and can be carried by ferry across countries.

The only hovercraft for commercial use is now the Isle of Wight Hovercraft. These vehicles can travel across most surfaces included land and water!

A helicopter is a rotorcraft which can fly forward, backward and laterally thanks to its propellors. They are mostly used for the emergency services and military as well as sightseeing tours across major US cities.

This is a watercraft which can operate entirely underwater. Submarine usage is almost entirely military, but there are a few in commercial use for sightseeing in Lanzarote, Tenerife and other areas.

Found in snowy countries like Finland, this is a sled pulled by reindeer mostly used for tourism on Christmassy trips to magical Lapland.

This is a cable railway found on steep slopes. They are found in many places around the world, with some famous ones in Cape Town, Hong Kong, Italy, Hungary and Canada.

Located in Istanbul, Turkey, the Tünel is a funicular located underground and the oldest surviving underground urban rail line in Europe!

A truck is a large motor vehicle designed to transport cargo. They tend to have a small cab at the front, and back end shapes vary depending on the cargo.

37. Lorry (a practical type of transport)

A lorry is similar to a truck but with less variation at the back – they are generally just rectangular with a flat platform.

With one wheel, a saddle and pedals, this is similar to a bike. They have mostly fallen out of use except for recreational usage, although some commuter unicycles do exist.

These cute furry animals used to be a popular transport type. Nowadays this is a typical seaside pastime in places like Blackpool and Rhodes.

This small rubbery boat is usually used for tender, although there are sailing dinghies too. They are not designed for long journeys.

This is a device used to slow the air as you fall (by creating drag) when jumping out of a plane. They are used for recreation rather than transit.

A sail boat is a type of boat found worldwide, and propelled mostly or entirely by sails. Sailing holidays are very popular in Croatia, Greece, France and the Caribbean.

Mobile homes, including RVs and caravans, are small ‘houses’ on wheels which can be driven from A to B. They are common types of transport around the world, particularly in the US and Canada as well as the UK and Germany.

A canoe is a lightweight and very narrow boat propelled by a single-bladed paddle. These are used for sport/recreation globally.

This is a high speed train, found in Shanghai, which runs by magnets! It is one of the fastest types of transport around the world.

In the Himalayan area and in Inner Mongolia, you can ride a yak. This is more of a tourist pastime these days, but yaks have been used for transit here over the centuries.

This is a taxi bike with three wheels and a double seat at the front for passengers, covered by a canopy. They are still used briefly in Vietnam.

This is a motorised vehicle specifically designed for travelling through snow and ice. You’ll find snowmobiles in places like Alaska, Greenland and Finland.

A segway is a self-balancing mode of personal transport with low emissions used for commuting and sightseeing in major cities.

Located in Victor Harbour, Australia, this is simply a tram drawn by a horse. It is one of the most uniques forms of transport around the world.