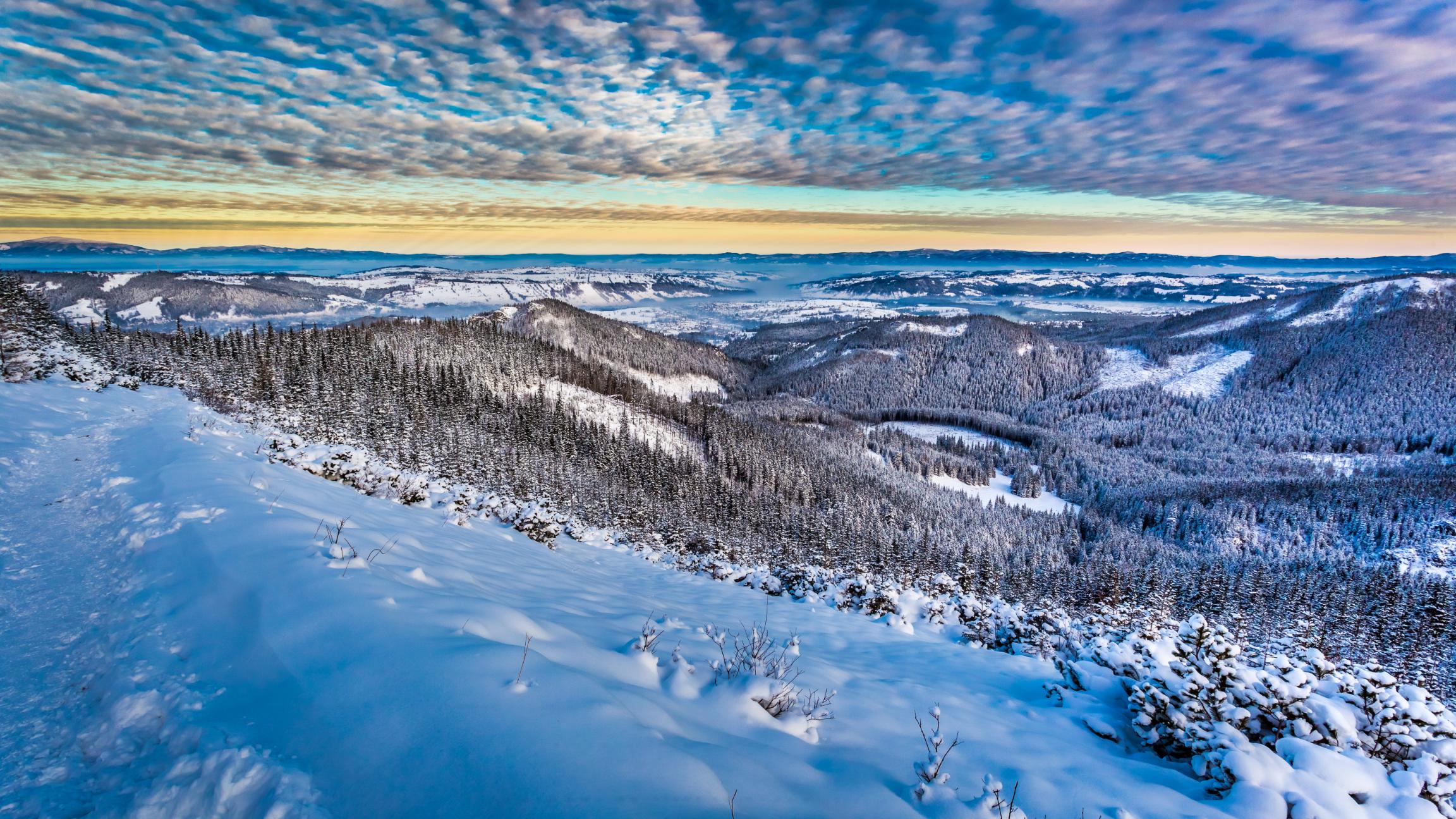 49 Fascinating Poland Facts That Will Surprise You

Very few countries in the Schengen area offer beauty like Poland. With cities like Krakow, Warsaw, Gdansk, Poznan, and others offering countless attractions and things to do; visiting Poland is the dream of many tourists.

So if you’re planning a trip to Poland anytime soon then let me hook you up with some fascinating facts about Poland.

1.    Poland’s Disappearance From The World Map

The first of my Poland facts is a fascinating one! Not many people know that from the year 1772 to 1795, Poland was not present on the world map. Before independence, it had to face 40 insurrections. In fact- there are plenty of fascinating Poland facts linked to this history, this article sums it up well.

2.     Poland Was The 2nd Country In The World To Have Legal Constitution

In 1791, Poland got its first constitution. It was only the second country in the world to have a legal constitution and valid document of its kind.

3.     Poland Is Located In Central Europe

Poland’s location is in Central Europe where it has a temperate and seasonal climate. The country has borders in the Baltic Sea, Slovakia, and the Czech Republic to the South.

4.     Names Are Changed Depending On Gender

Unlike most countries where children get a certain last name regardless of gender, Poland is different. A baby boy would have a surname ending with -cka/-cki whereas a baby girl would have -ski/-ska. This is one of the most unusual facts about Poland.

Poland has 17 World Heritage Sites which are important places with national and cultural heritage. The first two were added to this list in 1978.

6.     Poland Has The Biggest Castle In The World

Amongst these Heritage Sites, Poland holds the Malbork Castle which was built in the 1400s by the German military order, Teutonic Knights. Although Prague claims it has the world’s largest castle, UNESCO does not recognise it.

In Poland, you can’t wear a hat inside the house since the person who is your host might find it disrespectful and uncomfortable. One of the weirdest facts about Poland, but that is how it is.

It is quite normal to kiss a stranger’s hand in Poland even though this practice has been long forgotten in the country. Men still do this to observe the protocol of chivalry.

Easter Monday is a family holiday in Poland, called Smigus Dyngus, or Wet Monday, after the practice of people pouring water on each other.

Apart from birthdays, Name Days are also celebrated in Poland. That makes it two days which people look forward to. Poles commemorate the saints that they’re named after on this day. You can learn more about Name Days here.

If you’re in the mood to watch foreign movies in Poland, you might want to reconsider your decision. For popular media, Poland has foreign material dubbed with one person reading the parts of all the actors. Sounds quite boring!

12. Poland Is The Biggest Amber Exporter In The World

Poland is the world’s biggest exporter of Amber. If you come across jewellery and ornaments that are made of amber,  then they are sure to be incredible.

In Poland, kids love the hobby of mushroom picking. From an early age, they are told to identify poisonous and edible mushrooms. This is also a fun family activity for many locals in the summer season.

14. No Flowers In Even Numbers

Funerals are considered to be less sacred in Poland compared to other countries. When it comes to paying respects, locals discourage bringing flowers in even numbers. Furthermore, white lilies, red carnations, and chrysanthemums are for funerals only.

Every June 21st, Poles celebrate Kupala or Wianki during the Feast of St. John the Baptist. In this event, men jump on bonfires while women await wreaths.

The tallest statue of Jesus in the world belongs to Pomnik Chrystusa Krola or the Christ the King Statue in Swiebodzin, Poland. This statue was completed on November 6th, 2010 standing overall at 172 feet.

17. The invention of the Kerosene Lamp

The first modern street lamp was invented in Poland in 1853 by Polish engineer Ignacy Lukasiewicz. To this day, a street in Warsaw uses the same lamps which Lukasiewicz made back in the day.

Marie Curie who is known as the mother of modern Physics was of Polish descent and not French. Along with her husband, she discovered the elements radium and polonium. This is one of the most important Poland facts.

Wroclaw, a city in Poland, celebrates several festivals which are known far and wide. These festivals cover several activities ranging from jazz performance to theatre.

One of the best things about Poland is that the country offers free college tuition. If you are Polish then you can study higher education or college for absolutely no cost in state-run universities. The fee for international students isn’t a lot either.

21. No Visa Required For US Citizens

Due to the Schengen Agreement between the United States and Poland, US citizens can enter Poland without any visa. They can stay there for up to three months for business or tourist purposes without a visa.

Poland’s flag shares a similar design with the flag of Indonesia and Monaco. It draws inspiration from the Polish emblem of a white eagle on a red field.

The German invasion of Poland on September 1st, 1939 was the main cause of the Second World War. It lasted for a month and began the World War which lasted for six years. Millions of people were killed in the war. This is one of the most important Poland facts in history.

Poland got its freedom from Russia in 1918. The Poles first celebrated their independence day on November 11, 1937, and since then it has become one of the most important national holidays in Poland.

From 1939 to 1989, the Polish were forbidden from celebrating their Independence Day. For 45 years, Poles lived under a Communist government where all the country’s key decisions were dependent on Moscow.

Currently, Poland operates on a framework of a Unitary Semi-Presidential Representative. This makes the Prime Minister the country’s head while the President is the head of the state.

The Last Monarch in Poland, Stanislaw August Poniatowski ruled from 1764 to 1795 and spent the last years of his life in a prison cell. He died on February 12th, 1798 due to a stroke.

The Auschwitz-Birkenau Concentration Camps were established by the Nazis in Oswiecim, it is where the first batch of deaths took place in September 1941. The is one of the saddest Poland facts.

Paczki is a Polish doughnut-shaped in spheres and filled with a sweet filling. It is a favorite amongst Catholics who would enjoy this sweet before the Lenten season.

Mikolaj Kopernik or Nicolaus Copernicus was a Polish astronomer and mathematician. His theory stated that Earth revolves around the sun. Later discoveries made his assumptions 100% correct.

Poland has a great affair with Nobel Prizes and the country has 17 Nobel Prize laureates. Five of which are for literature and four for Peace.

Michael Marks fled to Britain to escape the persecution of the Jewish at the hands of the Nazis. He, later on, found the Marks and Spencer Department Stores empire with Tom Spencer in 1894.

33.  Oldest Salt Mine In The World

Poland has the oldest salt mine in the world which was built in the 13th century. It is 287 km long and 1,073 km deep attracting 1.2 million visitors yearly.

Johannes Hevelius founded Lunar Topography and was the first man to name ten new constellations. He also published the earliest and most precise maps of the moon. This is one of the most interesting Poland facts.

Contrary to popular belief, Frederic Francois Chopin was Polish and not French. He lived in Poland for 20 years but left the country for good in 1930.

The first football club in Poland was formed in 1903 Slawa Low. The country’s first international match was against Hungary which it lost by a goal to nil.

Polish people love their beer. They rank third amongst the countries that consume the most beer which is 92 litres per year.

For more than 5 centuries, Poland has been well-known for its production of Vodka of the highest quality. The earliest version of Vodka was Gorzalks, used in medicine and other treatments.

Zapiekanka is Poland’s version of pizza. The catch here is that this pizza doesn’t have tomato sauce instead ketchup is used with lots of mushrooms and melted cheese on top.

Białowieża Primeval Forest covers 150,000 hectares or 380,000 acres of land and this is just one of the forests in the country which has the heaviest land animals in Europe.

43. The Official Language Is Complicated

Polish people often have problems speaking and writing Polish because the language is so complicated. One of the reasons is their difficult grammar system with super hard pronunciations! This is one of the most surprising Poland facts!

Marzanna is a popular tradition in Poland where children make Marzanna or a straw doll with ribbons. Once this is done, the doll is set on fire and the Marzanna is dropped in the lake. This tradition is meant to symbolize the farewell of Winter and the welcoming of Spring.

Poland has several popular drinks one of them being Oranzada, a popular Polish drink with a kick of orange.

Poland currently has the most traded currency in all of Europe. The Polish zloty ranks 22nd in foreign exchange.

Poland witnesses the coldest in the country in January. The temperature drops to 23.4F and it is ideal weather for winter sports and activities.

This is the last of my Poland facts-Poland joined the European Union in 2004 which aims to ensure the free movement of people, goods, and services among the internal members of the Union.

With so much about Poland not known before, and so many interesting Poland facts, I can be sure that I’ve already got you planning on your trip to this country. Its rich history and culture are going to be a treat for tourists, that’s for sure!

If you enjoyed this article on Poland facts, I am sure that you will love these too-