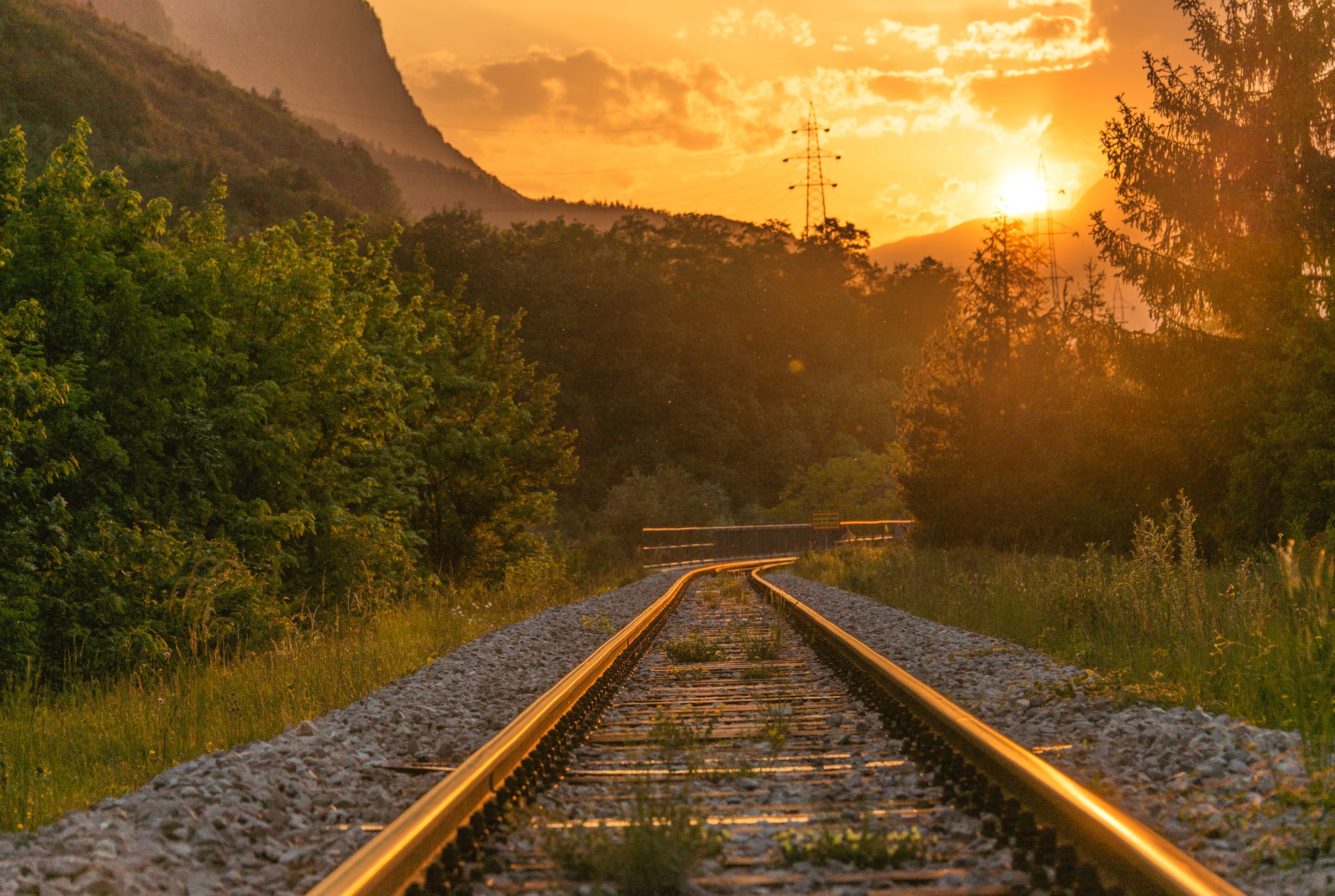 What are the advantages of rail transport?

From the steam train to electric trams and luxury trains, there are many different types of trains.

#1 Rail transport can be cost effective

When it comes to the advantages of rail transport, cost is a big one.

With every decision that we as people or companies/businesses make, cost often comes in to consideration. Can I afford to do that? Would it better if I spent more money now, to make savings in the long term? Money is almost always a factor in our decision-making.

Evidence shows that shipping companies who convert their long-haul freight from road to rail can save 10-40% of costs by doing so. Heavier loads on the roads means more fuel is being used, and rail has cheaper fuel costs anyway.

There are also less driver-associated costs.

For people looking to commute and travel, rail transport can be cost effective.

There are often various discount options available for travellers of different ages as well as group discounts. Whether that’s senior discounts or cut costs for students, travelling be train can often be very affordable.

Inter-railing is another example of this. Popular in Europe, it is much more affordable to get the train between major cities (such as Barcelona to Montpellier) than it is to fly.

One of the advantages of rail transport is that it is actually the most eco-friendly way to travel other than human-powered transport such as walking or cycling.

The greenhouse effect of gas emissions per kilometre on rail transport is 80% less than, for example, cars.

All of the following are lower when travelling by train than private vehicle:

Trains keep their emissions low. This means train travel is sustainable for the future.

As electric and hybrid cars increase in popularity, things will start to balance out – but now, and for a while yet, trains are much more environmentally friendly.

Electric trains are even able to offer completely carbon-free journeys in some countries.

Travelling between major cities by train rather than plane is great for the environment.

If you are staying in a city, chances you can walk to the train station and then your train will take you straight to the next city.

But to travel between cities via plane, you would likely have to travel from the city to the airport via car, and then from the destination airport into the city by car again.

Travelling just via train eliminates the need for all of these carbon emissions.

For both passenger and freight travel, one of the advantages of rail transport is that it is reliable.

Running on strict timetables, it is rare for trains to deviate from their journey times. These fixed routes and schedules mean rail is one of the most dependable modes of transport!

Because rail transport does not share its space with other vehicles (like cars sharing the roads with other cards, vans, trucks and more), there is simply no way a train can get stuck in traffic and get slowed down.

Trains are also not too affected by weather.

Whereas heavy rain and ice, for example, can slow down cars and trucks because the road is dangerous, trains are much more robust and able to deal with adverse weather conditions for the most part.

Trains do come off schedule sometimes, of course. If a tree falls across a track or there is some sort of incident, this can slow things down and put a stop to rail transport for a short period of time.

However, it is much quicker and easier to resolve problems with rail transport than it is to fix roadside issues.

#4 Rail transport is much larger than road transport

Trains, both for passengers and for freight, are much bigger than cars, vans and even buses/coaches. This means they can transport more (people or goods!) in a shorter time.

For shipping, this increased capacity means that companies can end up paying less as the large capacity can be divided between different shipments! It also means that rail transport is ideal for bulky and heavy goods. These can often be difficult to ship.

And for people, as mentioned above one train line can transport up to 50,000 people per hour. When compared with roads, this is incredible. Even taking buses and coaches into consideration, trains can still carry so many more passengers.

Their speed and efficiency as well as their size means that more passengers can get from A to B in one time frame. This is helpful for the economy as it boosts tourism as well as aiding people to travel from rural areas to inner cities for employment and education purposes.

In terms of accidents and breakdowns, these are minimal when it comes to rail transport. This means that passenger and freight travel via train is generally much safer than other means of ground transportation.

Guidelines are put in place at railway stations to ensure public safety. There are guards on duty, and adaptations have been made over the years so that the trains themselves are safe to use and be on or around.

By adhering to heath and safety rules as well as making waves in terms of improving accessibility in stations and on trains, rail transport is becoming ever-safer.

This is one of the great advantages of rail transport, especially when it comes to passenger travel.

Trains can cover a long distance at a high speed in a short time. This makes it ideal for long-distance (such as inter city or country) transport. Many parts of the world are famous for their high speed trains.

Aeroplanes are the only mode of transport that can cover long distances in a short time or at a higher speed; however, as discussed above, flying is not particularly eco-friendly.

While carbon emissions can be offset by charities if you choose to make a donation, it is better to avoid the emissions in the first place where possible.

This speed is one of the best advantages of rail transport. For tourists, travelling by train is a great experience and it is no wonder that inter-railing in Europe is such a popular way to travel.

Here are some popular routes!

You’ll get to see some amazing parts on the world when travelling by train.

It is a cost effective way to travel for sure; cruises might be an incredible way to explore multiple destinations, they come at a cost.

Inter-railing is favoured by younger tourists because it is generally more budget-friendly!

Travelling by train allows passengers to see some incredible scenery.

Whether it’s through the mountains or along the coast, the nature of rail transport allows for beautiful views out of the windows. Some great examples of destinations with scenic rail journeys includes Canada and Sri Lanka.

But one of the advantages of rail transport is that you can see SO much: quaint Austrian villages, snow capped French mountains, luscious Peruvian valleys and so much more.

Train journeys often give you an opportunity to see spaces and areas you might not be able to see otherwise.

Inter-country travel, such as the journey from Prague to Vienna, means you can watch the landscape change as you make the trip between two incredible places.

The travel can be part of your holiday in its own right, when it’s this nice!

Advantages of rail transport: To conclude

Travelling by rail is a great way to save money, help- protect the environment and to get where you are going fast. Oh, and don’t forget the scenery! There are many advantages of rail transport, which makes it a popular transport choice across the globe.