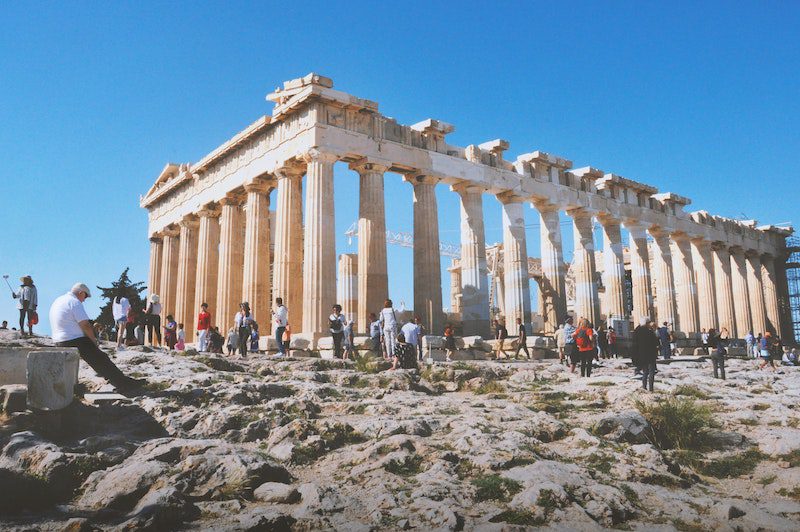 The best World Heritage Sites in the world

What are UNESCO World Heritage Sites?

World Heritage Sites are designated by UNESCO. They are locations around the world that represent the cultural and natural heritage of a place. These sites are often high on the list of places that tourists want to visit – beautiful cities, famous monuments and more.

UNESCO is the United Nations Education, Scientific and Cultural Organisation. Part of the UN, they are dedicated to promoting world peace through a mutual understanding and cooperation when it comes to education, culture and the sciences. UNESCO has 193 member states. The organisation was founded in 1945; their constitution states that “since wars begin in the minds of men and women, it is in the minds of men and women that the defences of peace must be constructed.”

UNESCO focus on peace through education. The point of the UNESCO World Heritage Sites is to promote the cultural heritage of all cultures; to strengthen bonds between nations, and to offer platforms for ongoing development and cooperation amongst countries. UNESCO was born into a post-WW2 world, one entirely marred by racism and specifically anti-Semitism. This is what makes their goals so poignant, and so important around the globe.

Some UNESCO success stories include:

How does a place become a World Heritage Site?

There is a selection criteria of 10 points. Sites must be of ‘outstanding universal value’, and meet at least one point on this list:

What are some of the most well-known UNESCO World Heritage Sites?

Located in India, this mausoleum is one of the most well-known buildings in the world. A tourist hotspot, you will definitely know someone who has visited the Taj Mahal. It is recommended to visit this beautiful ivory-white marble building at sunrise, when the sky lights itself up in breathtaking pinks and oranges. This really is a sight to behold!

No trip to Rome is complete without a visit to the Vatican – the heart of the Catholic Church. It isn’t without its controversies, but Vatican City is home to the Pope (and one of the only places to have an audience with him) so it’s no wonder that millions visit the Vatican every year.

Located in the UK, Stonehenge is a curiosity for many. It is a famous prehistoric monument, and there are many conspiracies surrounding these giant standing stones. It is a remarkable place to visit, and one of the more well-known UNESCO World Heritage Sites.

The US has many national parks, and Yellowstone is one of the most famous and most beautiful. Covering nearly 3,5000 sq. miles, this wilderness area lies on top of a volcanic hotspot. The flora and fauna here are very special, with hundreds of different species of animals roaming around including antelope, bears and more. Hiking, rafting, paddling, birdspotting, biking… however you choose to explore Yellowstone National Park, you’ll come to realise why it was a designated as a UNESCO World Heritage Site.

This is the highest point of the Greek capital, meaning the views are amazing. But the history here is incredible too; this ancient citadel is full of ancient buildings, giving an insight into ancient Greece. The Acropolis is a huge draw for people who choose to visit Athens, and it is one of the most famous UNESCO World Heritage Sites.

This 15th-century Inca citadel, located in Peru, is amazing. High in the Andes Mountains, it is an iconic tourist hotspot that is widely associated with this part of the world. And for good reasons – it is stunning, and so is the surrounding area. The architecture itself is sophisticated for the time period, and the buildings have interesting astronomical alignments which mean they have long been a point of intrigue for many. A visit to Machu Picchu is a must-visit on any trip to Peru!

What are some lesser-known World Heritage Sites?

UNESCO has over 1000 World Heritage Sites, as mentioned above. There are bound to be some on the list that you haven’t heard of before, unless you’re an expert on the subject. Here are some lesser-known (but still worth visiting) UNESCO World Heritage Sites…

This is the collective name for various graveyards – they are what UNESCO refer to as a ‘serial property’. These sites are dotted across Bosnia and Herzegovina, western Serbia, western Montenegro and central and southern Croatia. They are cemeteries with regionally distinctive medieval tombstones, known as stećci.

This one should definitely be more well-known with a name like that! This is a buffalo jump (a cliff formation used by Native Americans to hunt buffalo and bison) at the foothills of the Rocky Mountains. The name comes from a legend in which a young Blackfoot warrior wanted to watch the buffalo plunge off the cliff. However, he was actually buried underneath the falling buffalo and was found with his head smashed in. You can visit the Head-Smashed-In Buffalo Jump from Alberta, Canada.

Painted Churches in the Troodos Region

Located in the mountains in central Cyprus, this impressive UNESCO World Heritage Site consists of ten Byzantine churches and monasteries which have been beautifully decorated. They are covered in stunning murals which provide a testimony to the variation in artistic influence on Cyprus over the years. Not to mention, they are just breathtaking to look at.

When you think of Egypt, you probably think of mummies and pyramids, huge statues and deep tombs. You’re right, of course, but there is another side to Egypt and one of the best lesser-known World Heritage Sites is here: Wadi El Hitan. This is otherwise known as Valley of the Whales. It is a paleontological site, around 150 km away from Cairo. This is a beautiful site where you can see a huge number of well-preserved whale fossils. There is nowhere else where you can see this amount of (and this good quality) fossils in such a beautiful place, hence why it is a UNESCO World Heritage Site. This is definitely something a bit different to do while visiting Egypt!

Located in beautiful Poland, Malbork Castle is another often-overlooked UNESCO World Heritage Site. It is the most complete example of a Gothic castle, and also one of the most extravagant. On top of this, it is also the largest castle in the world by land area! The castle was originally constructed by Teutonic Knights. It is absolutely beautiful to look at especially on a sunny day as it is reflected in the surrounding water. It isn’t far from the tri-city area in northern Poland, which consists of Gdansk, Sopot and Gdynia. This is a popular European cruise port, so a visit to Malbork Castle makes for a great day trip!

The best World Heritage Sites in the world

If you have enjoyed this article on the best World Heritage Sites in the World you may also be interested in: