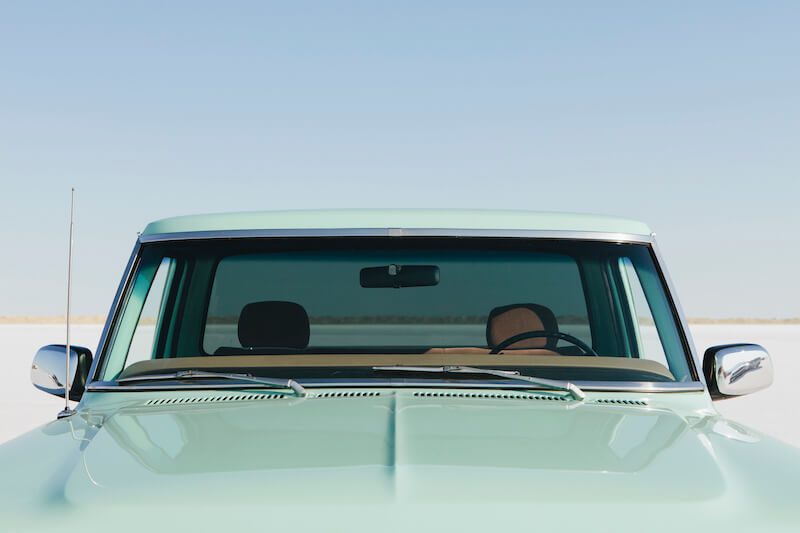 Fordism is a concept that often crops up in academic reading and discussion. What what does fordism mean and what is it all about? In this article I will explain all…

‘Fordism’ is a manufacturing technology term that is often referenced in academic discussion. It refers to a specific stage of economic development, which occurred in the 20th century. The term has links to the Ford Motor Company, which I will delve into further in this article.

According to Britannica, Fordism is a term widely used to describe (1) the system of mass production that was pioneered in the early 20th century by the Ford Motor Company or (2) the typical postwar mode of economic growth and its associated political and social order in advanced capitalism.

Mirriam-Webster goes a little deeper with their definition of Fordism, defining it as: a technological system that seeks to increase production efficiency primarily through carefully engineered breakdown and interlocking of production operations and that depends for its success on mass production by assembly-line methods.

Hopefully these definitions help answer the question of ‘what is Fordism?’

Where the term Fordism comes from

So we know what Fordism is, but how did the term come about? Why is it in our vocabulary? The term actually gained prominence in 1934, when Antonio Gramsci wrote an essay called “Americanism and Fordism” in his Prison Notebooks. The term has since been used a lot over the years, generally in an academic sense, by economic and sociological writers. Academics and writers are always keen to label things, in order to make it easier to refer to a concept or timeline. This is why Fordism has a name! Of course, the name itself is thanks to engineer and car manufacturer Henry Ford…

Who was Henry Ford?

We cannot answer the question ‘what is Fordism’ without a brief understanding of the man himself. Henry Ford, founder of the Ford Motor Company, was an American business magnate and industrialist. He was and is a prominent figure in the history of transport, as the Ford Model T was the first affordable automobile available to the American public. This revolutionised the world of transport, making car-travel accessible to the middle classes. The relatively low price was said to be, in part, due Ford’s efficient fabrication, including assembly line production instead of individual handcrafting – which is a huge part of what we now refer to as Fordism.

Ford himself started as an engineer in 1891, and devoted a lot of his time to experimenting on and with gasoline engines. By 1896 he had created a self-propelled vehicle, which he named the Ford Quadricycle, and he vowed to improve it. He met and worked with Thomas Edison to produce automobiles, but these were of a lower quality and higher price than Ford was happy with – so they parted ways, and Ford went on to partner with various other engineers and businessmen before the Ford Motor Company was born in 1903.

The Ford Model T was launched just five years later in 1908, built by hand – and slowly. However, there was so much demand for the car that 11 cars built in one month were simply not enough. Production was refined, and the assembly-line production concept was born. This sped things up immensely, and by 1914 it took just 93 minutes to build a Ford Model T car. In the same year, Ford produced more cars than all other automobile companies combined!

The three major principles of success

When it comes to any type of manufacturing process – not just within the automobile industry – there are three principles of success. These were defined in the book The Automobile Industry and Its Workers: Between Fordism and Flexibility written by Steven Tolliday and Jonathan Zeitlin. They are:

The book came out in 1987, but these principles existed prior to this. Coupled with the fast-moving technological revolution taking place when Henry Ford was at the top of his game, these principles allowed Fordism to be born.

How Fordism changed the industry

Henry Ford was not the very first person to utilise an assembly line. These had originally been used in slaughterhouses but Fordism modernised it, allowing this revolutionary type of labour to succeed. Ford broke complicated tasks into much simpler ones, using specialised tools to help with this. By using interchangeable parts, there was a level of adaptation and flexibility that formed a working assembly line. Components could be changed to specifically meet the need of whichever product was being assembled at the time. This enhanced the effectiveness of the assembly line method. As mentioned above, this made it much quicker to build each car. Obviously this method can be (and has been!) applied to any industry – food, fashion and more. As new industries were developed, this methodology was used and transformed time and time again.

Fordism also made production cheaper. Less manpower meant less wages, and therefore the end product (in Ford’s case, the Model T) was able to be sold at an affordable price. This is why the demand was there, because people were actually able to buy the cars!

The four levels of Fordism

British academic Bob Jessop described four levels of Fordism in a paper called Fordism and post-Fordism: A critical reformulation. This was published in Pathways to Industrialization and Regional Development in 1992. He said they are:

(Or, Fourdism!) If we look back at the Britannica definition of Fordism, we can see a second definition. This is: the typical postwar mode of economic growth and its associated political and social order in advanced capitalism. Although it still refers to a revolution of a sort, it steps away from cars and industry and looks at wider life.

Here, Fordism has been analysed along four different dimensions. I’ll look into each of these below!

Firstly, it is analysed as an industrial paradigm. This is Fordism as we know it, the original concept – mass production of standardised goods on a moving assembly line, using both semi-skilled labour and dedicated machinery.

Secondly, Fordism has been analysed as a national accumulation regime. An accumulation regime, as defined by Boyer and Saillard, is “the set of regularities that ensure the general and relatively coherent progress of capital accumulation, that is, which allow the resolution or postponement of the distortions and disequilibria to which the process continually gives rise”. Fordism as an accumulation regime is said to involve an ongoing cycle of mass production and mass consumption, and so on.

Fordism: a mode of regulation

Next, Fordism has been analysed as a mode of regulation. Here, it is made up of five parts:

Fordism: a form of ‘social life’

Finally, Fordism has been analysed as a form of social life. Here, it is characterised by mass media, mass transport, and mass politics.

Fordism as a mode of growth (or accumulation regime) became the dominant way. During postwar reconstruction, capitalism was fuelled by Fordism. But later, in the 1970s, it became obvious that Fordism had ‘crisis tendencies’. This means that as a model it is not sustainable, and can easily crash with devastating impact. There were and could be many potential reasons for this:

Due to these reasons and the crisis nature of Fordism, people immediately started looking for the next big thing in order to replace this dynamic. That is not to say that Fordism no longer exists, but things are always evolving.

The Fordism of Ford and Modern Management: Fordism and Post-Fordism

Are You Working Too Much? Post-Fordism, Precarity, and the Labor of Art