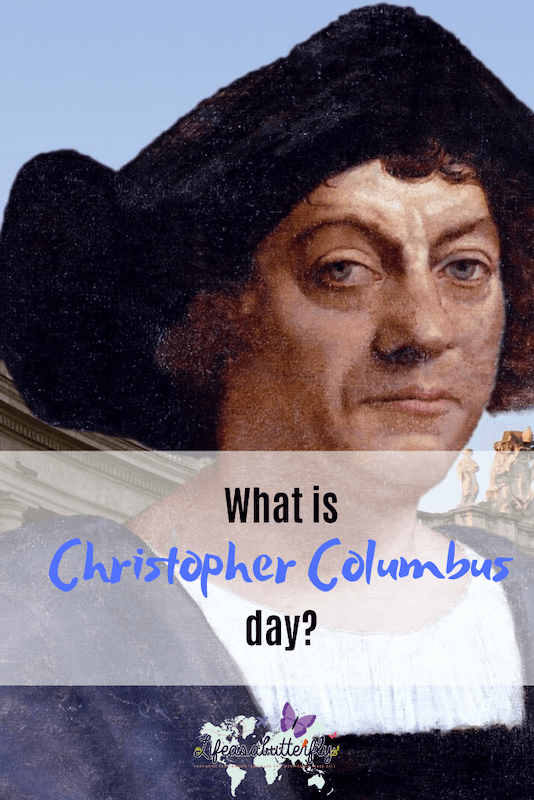 What is Christopher Columbus Day?

Why do we celebrate Christopher Columbus Day?

Christopher Columbus Day is celebrated around the world to mark the anniversary of the explorer’s arrival in the Americas. It is celebrated in many places. The date was 12th October 1492 – although, it would actually have been the 21st October according to the modern Gregorian Calendar. Columbus Day is now celebrated on the second Monday of October each year.

Columbus is a huge part of European and American history, which is why we celebrate Christopher Columbus Day now!

Why should we celebrate Christopher Columbus Day?

So that’s loosely why we DO celebrate Columbus Day. But why should we? Columbus was an Italian explorer from the 1400s, and he set off in August 1492 to find a route to Asia. He wanted to replace the Silk Road. This would mean the two sides of the world could continue trading, and sustain religious and political discussions. So it was important from the outset.

But Columbus never made it to Asia. Instead, he stumbled upon the Americas. While these lands were already inhabited by natives, Columbus still tried to make them his own. His arrival to the New World was the reason the Columbian Exchange was established. This meant animals, technology, human populations, animals and various cultures were transferred between the old world and the new. So, this is something to celebrate.

We should also celebrate Christopher Columbus Day in regard to his sheer determination. It took nearly a decade for Columbus to secure funding for his voyage. But he didn’t give up. Seeking an audience with royalty in Portugal, England, Italy and eventually Spain, Columbus was convinced that somebody would take him up on his offer to secure a route to Asia in replacement of the Silk Road. And (finally) somebody did. King Ferdinand and Queen Isabella of Spain agreed to fund his voyage!

It has long been argued that thanks to Columbus’s voyage, European-style politics are in place in the Americas. This helped to build the foundations of what would go on to become the United States of America. Not only that, but simply the finding and colonisation of this part of the world kickstarted a chain of events that created the USA. This is one reason why Christopher Columbus Day should still be celebrated.

The celebration takes place in various places. In the USA, Columbus Day was declared a one-off celebration by President Benjamin Harrison; this was in 1892, 400 years on from Columbus’s discovery, and 11 Italian immigrants had recently been murdered by a mob in New Orleans. The first Christopher Columbus Day centred around teaching the ideals of patriotism to the American citizens.

Italian-Americans were already celebrating it, though. Given that Columbus was Italian, it was seen as an important part of their heritage. Thanks to the lobbying efforts of Angelo Noce, Christopher Columbus Day was made a statutory holiday in 1907. It became a federal holiday in 1968. This was thanks to Mariano A. Lucca and his National Columbus Day Committee.

Columbus Day is generally recognised by the bond market, U.S. Postal Service, state government offices, school districts, banks and other such businesses. However, some states don’t celebrate Christopher Columbus Day at all. San Francisco has the oldest continuously existing celebration with the Italian-American community’s annual Columbus Day Parade. This was established by Nicola Larco in 1868. And New York City boasts the largest: over 35,000 marchers and one million viewers.

Christopher Columbus Day is celebrated in Latin America too. It is known as Día de la Raza – day of the race/people – in Spanish. First celebrated in Argentina in 1917, Venezuela and Colombia followed suit in 1921 followed by Chile in 1922, and Mexico in 1928. It is also now celebrated in Peru and Costa Rica.

A few countries throughout the Caribbean celebrate Christopher Columbus Day too. They are:

In Europe, Spain and Italy celebrate too. The celebration in Spain has been known as Fiesta Nacional since 1987, and the official Italian name is Giornata nazionale di Cristoforo Colombo.

Alaska, Florida, South Dakota, Maine, Wisconsin, Hawaii, Vermont, New Mexico and parts of California no longer recognise Christopher Columbus Day. They celebrate Indigenous Peoples Day instead, honouring Native Americans and their history, culture and life stories. In Hawaii this is known as Discoverers’ Day, and in South Dakota their celebration goes by the name of Native American Day.

Is Columbus Day a national holiday?

Due to the non-observance by many states and countries, it is not really a national holiday. But in the USA, Columbus Day is a federal holiday – so as mentioned earlier, banks and schools are generally closed.

So there’s everything you need to know about Columbus Day! It is a long-debated celebration, but one that’s still worth considering when planning your travels…