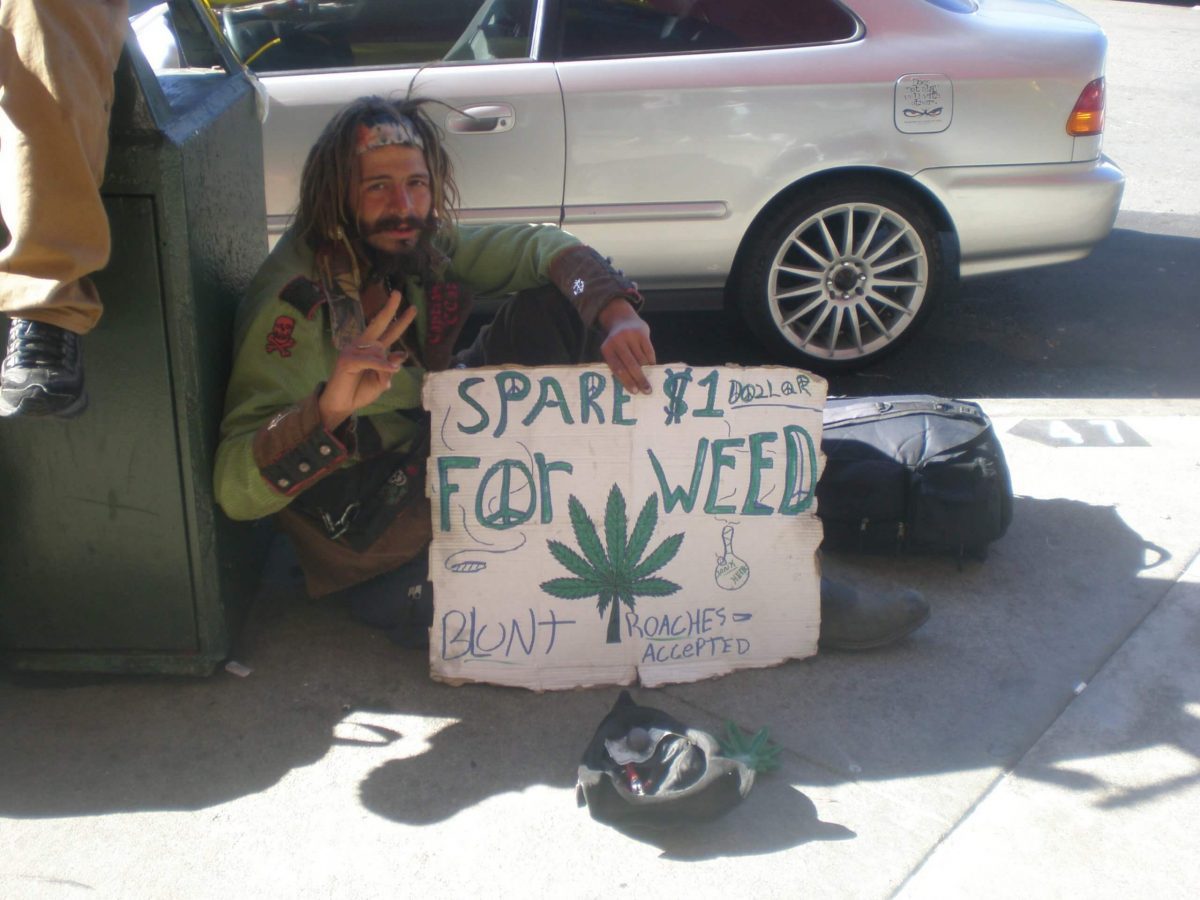 What is ‘begpacking’ and why is it so bad?

Your average backpacker doesn’t have a huge wad of cash in his wallet or in his bank account, but this bizarre travel trend takes budget travel to a whole new level. In fact, begpacking could just be the worst travel trend to emerge yet…. but what is begpacking and why does it exist? Stay tuned to learn more!

The word ‘begpacking’ is a combination of both begging and backpacking. It’s a relatively new phenomenon but it doesn’t really need much explanation- essentially, a begpacker is a backpacker who begs. Yes, you heard that right, while most of us spend months working hard and saving up the pennies for our trips overseas, begpackers simply ask passers by in the street to fund their adventures.

Typically, begpackers travel to a less developed country with little or no means of financially supporting themselves and spend part of their time overseas begging locals and other travellers to fund their travelling.

Whilst begpacking may sound like a made-up term, it is actually defined in the dictionary and in 2017 the Urban Dictionary defined the term as ‘backpackers busking or begging to fund their travel’.

Begpacking is an example of niche tourism and a sub-set of backpacking. Thankfully it isn’t too common to come across begpackers just yet, but who knows when the trend might really start to catch on?!

Although the term ‘begpacking’ is a relatively new term, the idea of western backpackers begging for travel funding is not. The type of travel trend has made its way to countries long before its scrutiny on the internet.

You could argue that hitchhiking was an early form of begpacking. This has happened for years in many countries around the world and certainly isn’t anything new.

There are three major methods of begpacking that are used by tourists.

The first method is the traditional method of begging. Typically, a begpacker will beg locals to fund their travel by sitting in front of a handwritten sign that explains their desire to travel and the help needed for funding.

Others choose to turn to busking. It is common to see travellers busk in the streets. If you are travelling with an instrument or you can get hold of an instrument, you can busk in local streets where busking is legal.

And then there’s selling. There are alternative ways to begpack and one of these is by selling goods or services on the streets. Many tourists choose to sell handmade art, jewellery, or other crafted items, for example.

In order to actually make money, the vast majority of begpackers can be found in busy, urban areas, where there is a higher opportunity of people passing by.

It is important to note that begging, and therefore begpacking, is not legal in all countries. For example, Vietnam has implemented a national ban on street begging. And in most South East Asian countries you are not supposed to earn money on a tourist visa and therefore begging is illegal.

And where begpacking remains a common occurrence, stricter measures have been applied to avoid cases of begpacking. For example, Thailand have enforced visitors to prove they have at least $525 (in cash) before allowing entry into the country (although how strictly this is enforced is another debate).

Where do people go to begpack?

In the past, begpackers were a rare site, but in modern society the type of travel has become a common occurrence, particularly in South East Asia. The rise in contemporary discussion circulates stories largely aimed towards begpackers in Thailand, Malaysia and Singapore.

A couple of years ago two western travellers caused fury after begging locals to help continue funding their travel. As the Daily Mail reports, the travellers sat alongside their handwritten sign that read “My name is Alex. I’m travelling in Asia for 15 months. Sadly, I’m out of my savings, but I stay positive.”

The reality is that most begpackers come from middle class, westernised backgrounds- they are not the sort of people that you would expect to see begging on the streets! So why are they choosing to be begpackers? I guess they feel that this is the only way to prolong their travels- but is it right? Is begpacking ethical?

Begpacking typically occurs in countries that are not highly developed and where there are people who turn to begging because they have no other way to feed their children or to pay their bills, no so that they can go to the full moon party at the end of the month.

Many would argue that begpacking is in reality an induced or inauthentic representation of poverty and that the begpacker can in fact remove themselves from this situation at any given moment by returning to their home country and getting a job or by claiming social benefits. In contrast, these people are surrounded by real poverty, even if it doesn’t present itself on the side of the street.

On top of this, selling art, jewellery and other crafted items will often take potential earnings away from local people, who are probably more in need of the cash than a backpacker is. Of course, we don’t know the reasons that all of these backpackers turn to begging, and there could be a legitimate reason, but from where most of us are standing, it certainly doesn’t appear to be an ethical or sustainable form of tourism at all. In fact, it is quite the opposite.

The reality is that for many begpackers, travel is a luxury, not a necessity and they are putting themselves in the situation that they are in by choice. Quite frankly, it is, in the majority of circumstances and selfish and irresponsible way of travelling and it needs to stop. Thankfully there are now many alternative opportunities for cash-strapped travellers such as WWOOFING or volunteer tourism, and I sincerely hope that in future these are the chosen method for travel for people who might otherwise consider begpacking.