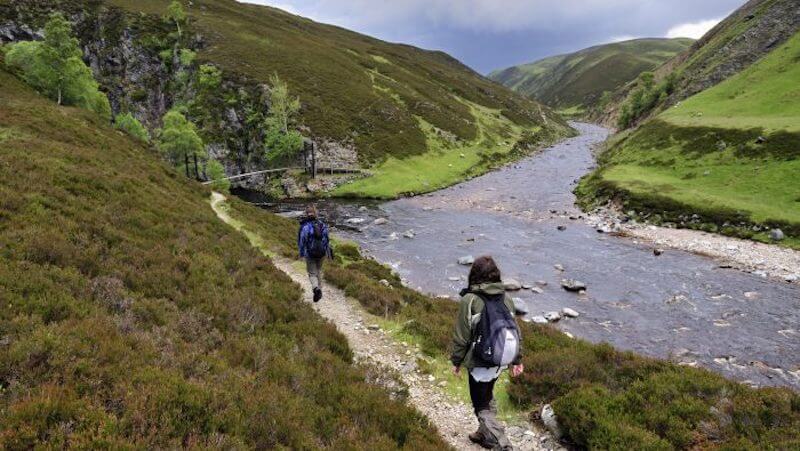 UK national parks are an important part of the nation’s tourism industry. Popular with both overseas and domestic tourists, these areas attract people searching for a rural tourism holiday or a staycation. But what actually is a national park? And where are they? I explain all in this article…

What is a National Park?

There are 15 National Parks across the UK. They are areas that are protected due to their cultural heritage, varied wildlife and beautiful countryside.

There are clear boundaries, and laws exists to protect the nature and wildlife so that it can all be enjoyed by current and future generations. The overarching aim is for people to be able to continually benefit from everything nature has to offer, without destroying it.

People live and work across the UK National Parks. The farms, villages and towns are protected along with the landscape and wildlife.

National Parks welcome visitors and are popular rural tourism destinations. They are popular with both domestic tourists and inbound tourists.

The National Park organisation provides opportunities for everyone to experience, enjoy and learn about their parks’ special qualities.

The statutory purposes of these fifteen parks are:

A brief history of the UK National Parks

There was a time when the countryside didn’t belong to the people. The land was private, and most people were unable to enjoy it. Society were restless: eager to explore the outdoors and appreciate everything that it had to offer. Whether to study or simply enjoy some leisure time in the fresh air, they wanted to get out there. This was largely a response to widespread industrialisation.

UK National Parks were first mentioned in 1931 in a government inquiry. They looked into creating ‘national parks’, spaces for everybody to enjoy and learn from, but no action was taken. Public discontent led to a mass trespass on Kinder Scout, an area of the modern-day Peak District, and five men were arrested. The lobbying began.

Various groups, including the Rambler’s Association, the Youth Hostels’ Association (YHA), the Council for the Preservation for Rural England (CPRE) and the Council for the Protection of Rural Wales (CPRW), got together to lobby the government. They demanded access to the countryside for all. The below film was rolled out across cinemas in the 1930s.

What are the 15 UK National Parks?

As mentioned, there are fifteen UK National Parks across England, Scotland and Wales. These areas are enjoyed by locals and tourists alike.

The 15 national parks are listed below alongside some information.

The Peak District National Park was designated in April 1951.

The Peak District acts as the northern limit of various lowland species: stemless thistle and nuthatch, as well as the southern limit for some upland species like the globe flower and mountain hare.

There is evidence of deep oceans, ice sheets and colliding continents having been present in the Lake District area.

The Lake District has the biggest lakes and highest peaks in England.

It was given National Park status in May 1951.

Located in the north of the country, Snowdonia is Wales’ largest national park.

There is so much Welsh culture and history in this area, including fossil fragments that are over 500 million years old.

Snowdonia is one of the most popular tourist destinations in the whole of Wales.

It was given its National Park status in October 1951, and continues to provide enjoyment for locals and visitors to this day.

Located in Devon and given its National Park status in October 1951, Dartmoor is the largest area of open country in the south of England. It covers 956 square kilometres and over half of that is moorland.

Over forty Sites of Special Scientific Interest can be found here.

Dartmoor is also home to England’s second highest waterfall, Canonteign Falls, making it one of the most exciting UK National Parks to visit especially for photographers!

Designated a national park in February 1952, the Pembrokeshire Coast is another of the UK National Parks located in Wales.

It covers 620 square kilometres, and is so important in terms of ecology and biodiversity. There are plenty of rare species found here, as well as high quality habitats.

The UK’s smallest city, St Davids, can be found within the park and there are no less than 60 geological conservation sites here too.

With archaeology that stems back to the last Ice Age, the North York Moors cover 1,436 square kilometres and were given their National Park status in November 1952.

The varied geological evidence here – of oceans, ice sheets and more – is fascinating. Dinosaur footprints can even be found here!

Another of the biggest UK National Parks, the Yorkshire Dales cover an area of 2179 square kilometres.

The park straddles ‘the backbone of England’, the central Pennines.

The glacial and post-glacial landforms are famous, and there are beautiful lakes and waterfalls here too. This is another park that has long interested geologists.

The Yorkshire Dales were given National Park status in November 1954.

Located in Somerset and Devon, Exmoor is one of the smaller UK National Parks. It covers 693 square kilometres, and was designated in October 1954.

The majority of the rocks here were formed between 410 and 360 million years ago. From Devonian slates to red sandstone, there is plenty of variety.

There is 55 km of coastline and various rivers flow through the area.

In the north of England, Northumberland covers 1,049 square kilometres.

Northumberland is the least populated of the UK National Parks across England and Wales; around 2,000 people live here.

There are 31 Sites of Special Scientific Interest here, and three national nature reserves.

In terms of human history there are 259 beautiful listed buildings and 432 ancient monuments in Northumberland.

It was designated as a national park in April 1956.

The all-known landmarks of this park are the result of glacial activity, and the Fforest Fawr Geopark is here too – recognition of the geological interest of the area.

Considered to be the eleventh of the UK National Parks, The Broads were actually designated through their own Act of Parliament in the 80s. This gave it similar status to a national park, and it is generally classed as one.

Covering 303 square kilometres in Suffolk and Norfolk, it is Britain’s largest nationally protected wetland. It is another area that is vital in terms of ecology and biodiversity. The marshes and rivers offer incredible habitation for various plants and animals.

#12 Loch Lomond and The Trossachs

Located in Scotland and designated in 2002, Loch Lomond and The Trossachs park covers 1,865 square kilometres.

There are 21 Munros here and 20 Corbetts (these are mountains!). With two forest parks and two national nature reserves, there is plenty to explore in this area of Scottish beauty.

Named after the mountains that lie in the heart of this National Park, again in Scotland, the Cairngorms area covers 4,528 square kilometres. This makes it the largest of all the UK National Parks.

There are other hilly areas and three major rivers too: the Spey, the Dee and the Don.

The park was given its designation in 2003.

The New Forest is England’s smallest National Park. It is 580 square kilometres, and was designated in March 2005.

Around 1000 years prior to this, William the Conquerer had designated it as a hunting ground. Because of this it was subject to forest law, hence the name – less than half of the New Forests actually tree-covered.

Most is open pasture, villages, coastline, bracken- and heather-covered heath and marsh. There are over 700 species of wildflower here, and so many different animals. From deer to snakes and everything in between, this is one of the most biodiverse UK National Parks.

In the south of England, the South Downs were designated a National Park in March 2010.

It covers 1,641 square kilometres and is the last of the UK National Parks.

There are hills made of chalk, sandstone and clay; the rocks are over 120 million years old and there is a huge variety of ecology to be found here across Sussex and Hampshire.

There is so much to see and explore, too. With two registered battlefields, 5,000 listed buildings, 165 conservation areas and so much more, it is a fascinating area.

As you can see, there are many beautiful countryside area in the United Kingdom. By giving these areas national park designation, they are protected from development and sustainable tourism and sustainable management approaches are maintained. This helps to protect the area and to preserve it for future generations.