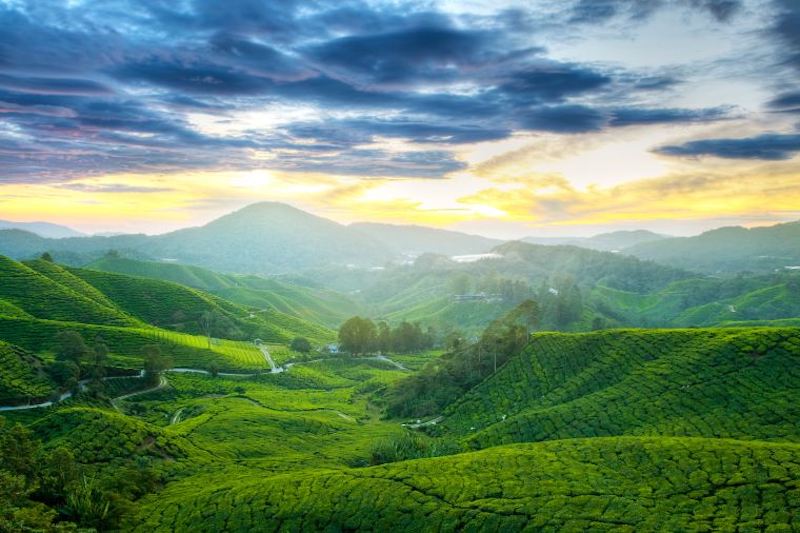 What are UK heritage railways and why are they important?

What are UK Heritage Railways?

A heritage railway is a railway operated in order to re-create or preserve railway scenes from throughout history. Heritage railways can often be old railway lines preserved in a state depicting a particular period (or periods) in the history of rail transport. They are lines of local interest.  Given their nature, UK heritage railways are tourist attractions.

The British Office of Rail and Roads defines the UK heritage railways as:

Museum railways or tourist railways that have retained or assumed the character and appearance and operating practices of railways of former times. Several lines that operate in isolation provide genuine transport facilities, providing community links. Most lines constitute tourist or educational attractions in their own right. Much of the rolling stock and other equipment used on these systems is original and is of historic value in its own right. Many systems aim to replicate both the look and operating practices of historic former railways companies.

There are multiple UK heritage railways; many are ‘not-for-profits’, run by volunteers in order to supplement the lack of profit. Because of the Beeching cuts in the 1960s, many minor line railways were closed down. This has added to the sheer amount of Heritage Railways there are in the UK!

Heritage railways are a great aspect of tourism, especially in the UK. They give visitors an insight into the local history of an area, while showcasing the natural beauty of the surroundings.

The Beeching cuts was a plan to reduce and restructure the network of railways throughout Britain in the mid 1960s. It resulted in the closure of thousands of stations and railway lines.

There are heritage railways in every part of England. They are made up of a mixture of standard gauge, narrow gauge and miniature gauge railways as well as tramways. There are railway museums too, but these generally don’t fall under the track of typical heritage railways.

There are many now-defunct heritage railways. These have closed for various reasons; too much wear and tear to keep up with restoration and maintenance, or simply not enough visitor interest. There are also some more heritage railways still being proposed or under construction!

From Colne Valley Railway in Essex to Mid Suffolk Light Railway, and Leighton Buzzard Light Railway in Bedfordshire to Eaton Park Miniature Railway in Norfolk – the east of England has plenty of Heritage Railways. People visit the east of England for its war history and scientific heritage. On top of this, the area has an amazing industrial history. This feeds into the heritage railways here – they make for popular attractions.

Epping Ongar Railway, the longest in Essex, is actually the closest to central London – so it draws plenty of visitors. It was originally the final section of the Great Eastern Railway.

The Great Central Railway in Leicestershire, which is the only double track mainline heritage railway in the world, is an incredibly popular attraction. There are four stations, each restored to a different historical period.

Ribble Steam Railway in Preston, which runs along the docks, is one of the country’s most popular heritage railways. It has a lot of artefacts from the now-closed Southport Railway Museum, too.

The South East has a large population and is also home to the UK’s second-largest airport (Gatwick) as well as having coastline along the English Channel, providing numerous ferry crossings between the UK and Europe. Therefore, it has a lot of visitors. It has a lot of countryside, and a lot of heritage railways. Chatham Historic Dockyard Railway in Kent, Exbury Gardens Railway in Hampshire, Frimley Lodge Park Railway… there are so many heritage railways across the South East.

Kent and East Sussex Railway is considered one of the best heritage railways to visit in the UK. It offers visitors an 18.5 km journey through the Rother Valley in vintage train carriages. K&ESR is twinned with the Chemin de Fer de la Baie de Somme, another heritage railway in France.

The South West, known for its stunning beaches and beautiful countryside, is also home to a variety of heritage railways. From Bristol Harbour Railway to Perrygrove Railway in Gloucestershire, there are plenty to choose from in the area.

West Somerset Railway is said to be on the best heritage railways around. It is the longest standard gauge independent heritage railway in the UK. Preserved in the 70s, it is still a popular tourist attraction today when visitors flock to the South West, particularly during the summer.

There is a fantastic industrial history in the West Midlands. With wool, cloth and metal all being manufactured and worked with here, it has long been an important part of the UK. And it boasts plenty of heritage railways too! From Foxfield Light Railway in Staffordshire to the North Gloucestershire Railway, there are various railways to choose from here.

Rail enthusiasts recommend the Churnet Valley Railway in Staffordshire. It is a standard gauge heritage railway, 16.9 km long and preserved in the 1970s. The restoration, which has continued over the years, has won awards.

There aren’t many heritage railways in Northern Ireland. In fact, there are just four:

There are two railway museums in Northern Ireland too. These are the Railway Preservation Society of Ireland in Whitehead, County Antrim, and the Ulster Folk and Transport Museum in Cultra.

The Giant’s Causeway and Bushmills Railway is 3.2 km long, and popular with visitors to the area. The carriages are built in traditional style. It is a fun experience and there are some incredible views to be seen along the route.

Wales doesn’t have as many heritage railways as England, but there are still some throughout the country. The views tend to be much more scenic, anyway!

Famous for its incredible natural beauty, mountains and cookie-cutter towns, North Wales has some lovely heritage railways. From Bala Lake Railway in Gwynedd to the miniature railway at the Conwy Valley Railway Museum in Betws-y-Coed, you’ll find some gorgeous routes here.

Ffestiniog Railway is hailed as one of the best. Located within Snowdonia National Park it is a major tourist attraction for North Wales; at 21.7 km long, it goes from harbour to town through forests and mountains. A bit of everything, and a lot of beauty!

Sometimes, mid Wales gets overlooked. But with its incredible golf courses and beautiful countryside, this shouldn’t be the case! There are five heritage railways in mid Wales:

Vale of Rheidol Railway is the longest, at 18.9 km. Between 1968 and 1989, it was the sole steam-operated line on the nationalised British Rail network. It runs between Aberystwyth and Devil’s Bridge.

Home to the Welsh capital, Cardiff, this area of Wales draws a lot of visitors. There aren’t many heritage railways, but there are a few to choose from:

The Barry Tourist Railway was developed to draw visitors to Barry Island. The area has recently grown in popularity thanks to hit TV show, Gavin and Stacey.

Scotland is home to a variety of heritage railways. From standard gauge railways such as the Bo’ness and Kinneil Railway in Falkirk to narrow gauge railways like the Leadhills and Wanlockhead Railway in South Lanarkshire, the beautiful scenery of Scotland can be discovered by rail.

Keith and Dufftown Railway is favoured by rail enthusiasts. It is 18 km long, and the most northerly heritage railway in Scotland. It runs special events, and tourists can travel on vintage train designs.

There are also a few railway museums in Scotland, such as the Glasgow Museum of Transport. This is a popular city centre museum. Located at Glasgow Harbour, it is home to models and originals of ships, trains and various road vehicles.

As you can see, heritage railways are fascinating cultural attractions throughout the United Kingdom. They showcase British railway history in a fun and educational way. There are many of these railways that you can visit throughout the UK that are available for visits from tourists and locals alike.