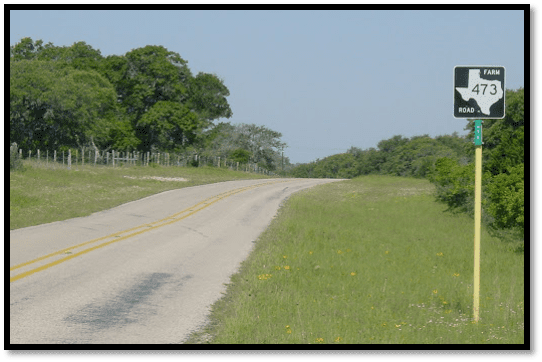 The 14 types of roadways around the world

What is a road?

Before delving into the types of roadways, it’s important to know what a road actually is.

A road is a thoroughfare on land; a space between two places that allows people to travel between A and B.

Generally, roads have been surfaced or improved in some way that allows for easier travel. Roads have evolved throughout history. This is in order to keep up with new and improved transport types, and ensure road safety at all times.

Different roads have different purposes. They are used by differing types of transport, and therefore are made from different materials with varying characteristics. Below are the types of roadways.

So, lets take a deeper look at the different types of roadways around the world…

As the name suggests, these are roads that don’t see as much traffic as major roads. B-roads are classed as lower capacity roads, as are cul-de-sacs and crescents.

Many lower capacity roads are residential roads, and some run through the middle of cities. It is clear that they don’t see as much traffic as major roads, and this seems to be what sets them apart from what we might term ‘higher capacity roads’. But often, this is where the similarity ends.

Many lower capacity roads are residential roads. These different types of roadways include:

Residential streets are lined with houses, and occasionally will have schools or small shops too. These streets are designed to maximise living space and ensure resident safety. They don’t get as much traffic as A-roads or motorways, for example!

Popular in European cities particularly, boulevards are large roads that often run through a city.

Boulevards tend to be more scenic than other roads, with better landscaping.

There are plenty of famous boulevards. For example, the Vienna Ring Road is one of the city’s main sights – it was constructed in the mid-19th century after the dismantling of the city fortification walls. The architecture is typical of an eclectic, historicist style called Ringstraßenstil (Ring Road Style) of the 1860s to 1890s. Other famous European boulevards include:

When it comes to types of roadways, this one is almost unknown. A stravenue only exists in Tuscon, Arizona.

The name is a portmanteau (blend) of the words ‘street’ and ‘avenue’ – a stravenue runs “diagonally between and intersects a Street and an Avenue”.

Usually in Tucson, streets run east-west while avenues run north-south. However, in a few areas of around the central part of the city, builders created small subdivisions of roads and houses that also are laid out on a diagonal basis rather than the normal east-west or north-south.

While very niche, this is definitely interesting information!

Another type of roadway that isn’t particularly common, a corniche is a road found on the side of a cliff or mountain where the ground rises on one side and falls away on the other.

The name comes from the French term route à corniche, meaning ‘road on a ledge’. These roads often form part of very scenic drives. Some examples of corniches include:

These are just some examples of lower capacity roads. There are so many different types of roadways, each providing something different.

These are types of roadways which are generally not maintained. They are minor road systems, and don’t see even as much traffic as the aforementioned lower capacity roads. They are classified by the following criteria:

There are, of course, different types of roadways within the classification of primitive roads.

These are farm tracks or service roads which have significance only in the local area.

They serve agricultural and forestry purposes for the most part, and generally are completely unpaved dirt roads. They may be covered with gravel, however.

Often, it is just tractors and other farm or heavy-duty vehicles that travel on agricultural roads.

These are again unpaved, but they are always surfaced with gravel. This has usually been brought from a nearby quarry or stream bed.

Gravel roads are most common in rural areas, as well as less-developed nations.

Gravel roads do, however, tend to be well made and maintained. This ensures that they can be used as all-weather roads. Gravel roads can be found around the world – from Namibia or Oregon to British Columbia.

Sometimes, gravel roads are referred to as dirt roads. But they are, in fact, different types of roadways.

Dirt roads are actually created from the native material of that particular area, rather than from a material that has been imported in any way.

This means dirt roads each have different characteristics owing to local geology.

These are winter roads, or part of winter roads, running on a naturally frozen water surface. For example, roads that run through rivers, lakes or sea ice will be classed as ice roads.

Ice roads allow for temporary transportation to areas that have no permanent road access. This is great in theory, but sometimes unpredictable. Ice roads can, for example, reduce the transportation costs of fright that would otherwise need be shipped by air. You just have to know when the ice road will be there…

They are common in Antarctica, Canada, Estonia, Finland, various parts of the USA and other countries around the globe.

When it comes to types of roadways, large roads cannot be forgotten.

Often connecting towns and cities as well as states and even countries, these large roads are vital in terms of socio-economics and tourism. They allow for the easy movement of goods and people.

Of course, there are various types of large roads…

Also known as a motorway or freeway, a controlled-access highway is designed for high-speed vehicular traffic. All traffic flow is regulated.

Generally you cannot walk or park on a controlled-access highway, so there is a non-stop flow of traffic with the exception of delays caused by RTAs.

These types of roadways evolved in the early 1900s, connecting major European cities. They are found in every developed country, and are essential in terms of the movement of people and freight.

Specifically in Texas, farm-to-market roads (also known as ranch roads) allow for the connection between rural or agricultural areas, and the market towns nearby. One popular road is the FM 3005 that runs through Galveston, TX.

They are good quality roads, often highways or freeways. Farm-to-market roads are part of the state’s system of secondary and connecting routes.

They are built and maintained by the Texas Department of Transportation. The state established this system in the 1940s in order to improve vital access to rural areas. The system consists primarily of paved two-lane roads; some segments do have more lanes, though.

Also known as turnpikes, toll roads are types of roadways that require a fee (toll) for passage.

They are usually controlled-access highways, too.

The fee is intended to recoup the cost of building and maintaining this important road.

Toll bridges and tunnels are another example of this system. They are very common in the United Kingdom.