15 Types of Rail Transport To Take You Away

In this article I will introduce you to these types of rail transport and give you some examples of where you can find them around the globe.

What is rail transport?

Rail transport has been around since ancient Greek times, in the 6th Century BC. Rail transport is ever-evolving, and accounts for a large percentage of ground transportation.

Rail transport refers to any means of transferring passengers and cargo on or in wheeled vehicles running on rails, which are located on tracks. Rail vehicles are guided by the tracks on which they run.

They are various types of tail transport, as outlined below.

Urban rail transport is the term used for different types of local rail systems which provide a passenger service in and around urban or suburban areas.

Generally known as the metro, the subway, the underground, the tube or similar, they are electric railways which run in and through areas which cannot be accessed by pedestrians.

Rapid transit systems are mostly utilised by commuters and those travelling in (and in between) cities for leisure, education and shopping purposes. They are also used by tourists.

HSRs (high-speed railways) run at a significantly faster speed than other types of rail transport.

HSRs use an integrated system of rolling stock and designated tracks; there is no single speed standard that exists worldwide but if a train can travel faster than 160mph it is considered to be an HSR.

Japan’s ‘bullet train’, the Tōkaidō Shinkansen, is one of the most well known. It began operations in 1964.

Various countries now have high-speed rail infrastructures: Russia, Denmark, the UK, Italy, Germany, the US and South Korea to name a few.

Commuter rail is a similar system to rapid transit rail.

They are considered heavy rail, and use electric or diesel trains. British commuter rail services share tracks with other passenger trains and freight trains too.

A monorail is a type of railway where the track has a singular beam or rail.

While the name does refer to the type of track, colloquially ‘monorail’ is used to refer to elevated rail vehicles.

Monorails can be found in zoos and theme parks, such as Granby Zoo in Canada and Flamingo Land in the UK. This allows for ease of transport within the zoo or park, without the need to take up addition ground space.

The first monorail prototype was made in the 1820s, but they didn’t come into proper use until the 1900s.

Similarly to a monorail, elevated railways are a type of rail transport that run above ground level rather than at or below ground level.

Elevated railways are used predominantly in urban areas to avoid congestion and the need for level crossings.

The London and Greenwich Railway was the first elevated railway: built between 1836 and 1838, it was on a brick viaduct of 878 arches.

Here are some useful sources if you want to learn more about the types of rail transport!

A tram is a rail vehicle that runs on tramway tracks along public urban streets.

Trams have been referred to as ‘electric street railways’ in the past, which sums it up well.

They are short and light in comparison to main line or rapid transit trains; trams mostly use electric power from overhead lines, which means they are not as bad for the environment as cars or buses which are often in the same road areas. Trams are also what we might call ‘light rail’.

In many European cities, such as Prague and Vienna, trams are a vital way of travelling around the main areas. In places like San Francisco, the cable car system (the oldest in the world) is a tram network that is popular with tourists. You’ll be able to see many Instagram shots of people standing on the ends of San Fran trams!

A funicular is one of the most interesting types of rail transport.

Funiculars are powered by cable traction, and designed specifically for steep inclines. There are two counterbalanced passenger cars which move in concert – as one goes up, the other comes back down.

Funiculars are mostly tourist attractions now, offering a fun way to see new scenery when visiting a particular area, though some are used for commuting and general transport.

The Flying Dutchman funicular at Cape Point in South Africa is one of the best in the world. Alongside this, there are great funiculars to visit in Switzerland, Scotland and Italy.

The Fell mountain railway system was the first third-rail system to be introduced.

Trains are fitted with extra brake shoes, meaning it is only specific trains which can be used on the Fell system.

This system was designed and developed in the 1860s by British engineer John Barraclough Fell.

The first use was at the Cromford and High Peak Railway in Whaley Bridge, Derbyshire; to do this day, the Snaefell Mountain Railway on the Isle of Man still uses this system for emergency braking.

As the name suggests, a mountain railway is a railway operating in a mountainous area.

Whether to provide transport to and from the summit or for sightseeing, mountain railways tend to use narrow gauge tracks due to tight curves caused by the contours of the mountain.

They often use steep grade railway technology, and provide a great opportunity to see mountain scenery without hiking.

The following countries are home to the most mountain railways, which are one of the most iconic types of rail transport:

Heritage railways are one of the loveliest types of rail transport; they are pieces of living history.

Re-creating or preserving railway scenes from the past, they teach visitors about rail history. They are defined as ‘lines of local interest’, museum railways or tourist railways that have retained or assumed the character and appearance and operating practices of railways of former times. Several lines that operate in isolation provide genuine transport facilities, providing community links. Most lines constitute tourist or educational attractions in their own right. Much of the rolling stock and other equipment used on these systems is original and is of historic value in its own right. Many systems aim to replicate both the look and operating practices of historic former railways companies.

Heritage railways are often also known as ‘tourist railroads’ and can be found across the world.

The UK is home to many beautiful heritage railways. Some of these include the West Somerset Railway, Severn Valley Railway and the North Yorkshire Moors Railway.

India, Argentina, the US, Canada and Slovakia also have many fantastic heritage railways and tourist railroads.

A plateway is one of the early types of rail transport in the UK.

The rails were made from cast iron, and they were used for around 50 years between 1780 and 1830. Generally, plateways were horse-drawn and had L-shaped rails.

Plateways were popular in South Wales and Gloucestershire as well as Surrey, Derby and Cornwall at the time.

A rack railway, also known as a cog railway, is a type of steep grade railway.

A rack railway has a toothed tack rail, and the trains that run along these railways are fitted with a cog that meshes with this rack rail.

Mountain railways are often rack railways, as are some transit railways and tramways in steep urban areas.

The first rack railway was Middleton Railway in West Yorkshire, England. It was designed and patented by John Blenkinsop in 1811.

The first mountain rack railway was the Mount Washington Cog Railway in the US, which started running in 1868 and is still running today.

Wagonways are the earliest of all the types of rail transport.

Wagonway is the collective term for the horses, tracks and equipment used for hauling wagons before railways were introduced.

Evidence suggests that the first track system was at The Isthmus of Corinth, a narrow land bridge. In ancient Greek times this was known for separating the Peloponnese from mainland Greece. Historians say there was a trackway here, around 6 to 8.5 km long, which was used to transport boats across the Isthmus. The tracks were created by wheeled vehicles running grooves into limestone. This prevented wagons going off track as they followed the same route.

Evidence of wooden rail tracks can be found as far back as 1556, in Germany. Rail transport is ever-evolving, and history proves that.

Types of rail transport: To conclude

Reading time 10 minute read What are the best things to do in...

Reading time 6 minute read Which are the best rivers of Europe and...

Reading time 17 minute read A national park is a great place to...

Reading time 4 minute read One of my first major holidays was a...

Reading time 13 minute read If you are considering booking a

Reading time 10 minute read The environmental impacts of tourism have 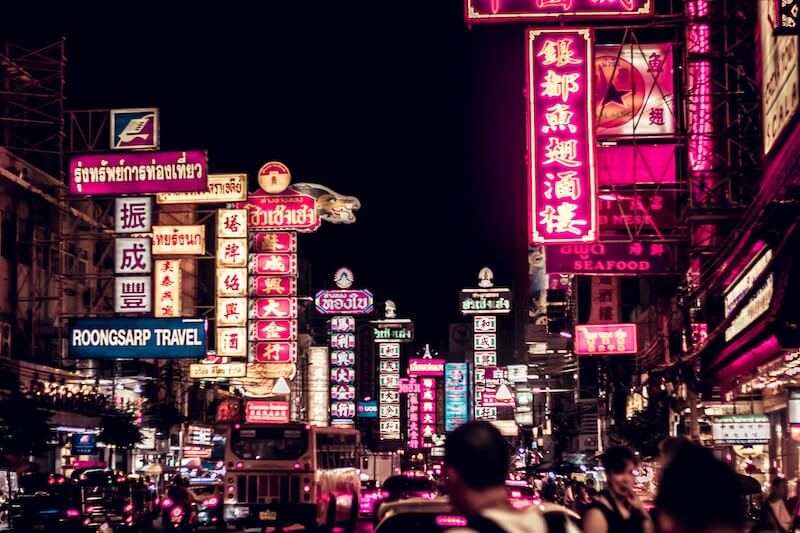 Sex tourism explained: What, why and where

Reading time 9 minute read Sex tourism is not a new