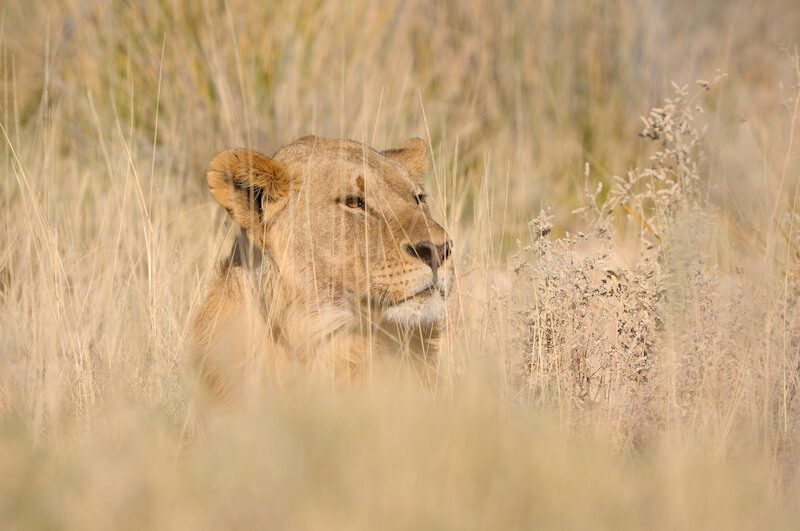 What are the different types of hunting and what role does the tourism industry play in this? Well, it seems that oftentimes hunting and tourism are inextricably linked, so much so that it can be classified as a type of tourism, known as hunting tourism. But what does this actually look like? In this article I will tell you what exactly is meant by the term hunting tourism and what the different types of hunting are.

What is hunting tourism?

Hunting tourism is when somebody travels with the goal of getting involved with hunting. It can be domestic or international, and hunting is generally the main reason for travelling.

Sometimes hunting tourism can be a small part of a holiday and not the sole purpose, but generally hunting tourism is narrowly focused. This allows hunters to explore new grounds, experience new terrains, hunt different animals and more.

Hunting tourism is a lucrative business, albeit a very controversial one. There are different types of hunting but when it comes to hunting tourism, it is generally sports hunting (and trophy hunting) that is involved.

To hunt, according to the Merriam-Webster dictionary, is to:

Hunting is literally seeking or finding.  In terms of hunting in this context, it is to seek, capture and/or kill wildlife and other (non-captive) animals.

People do this for sport – hunting tourism is generally for those who hunt for fun. However there are other reasons why people may hunt. These include accessing useful animal products e.g meat for food, fur and hide for clothing and so on, as well as removing predators, dealing with overpopulation, eliminating animals that may spread disease and more.

Animals in the wild are natural hunters, of course. They are unable to access packaged, processed and ready-made food in the same way that humans (and animals in captivity) can. There is a whole circle of life in the wild, much like The Lion King taught us about, whereby the system of predators and prey is almost a pyramid. Little animals like bugs are preyed on by slightly bigger animals, who become prey for animals a bit bigger than themselves, and so on. Top of the pyramid are the apex predators like lions, polar bears and even golden eagles.

There are three main types of hunting. These are therapeutic hunting, subsistence hunting and sport hunting. Below you can find out more about each type – how and why they are practised, and where.

This is the form of hunting that is done in order to conserve ecosystems and other groups of animals.

For example, Burmese pythons are hunted in the Everglades in Florida because they pose a danger to the rest of the animal population throughout the wetlands. Since the 1980s, these snakes have taken over. They are huge, growing up to 20 feet long, and have pretty much decimated the smaller mammal population. This is an issue, and as such they have to be culled. They have an ecological threat, so they are hunted in order to protect the landscape and ensure other animal populations have the chance to thrive safely.

Hunters are hired for therapeutic hunting, and they will seek out and kill wild animals that are causing some sort of issue in a particular place. This balances out the population and is part of an overall conservation goal. It is an important practise.

Subsistence hunting is when people hunt for food.

The process of subsistence hunting doesn’t vary from other types of hunting, but the goal is to kill animals that can be eaten by the hunter and their family or community. It is common among tribes, and those living in areas without access to supermarkets or other food vendors.

In other words, this is hunting for survival. It is not something that is commonly practised in areas that we might refer to as ‘first-world’, such as the UK and much of the US, but it is common in parts of Botswana and Namibia. Alaska is the only state in the US that permits subsistence hunting.

Depending on the location, the animals that are hunted for subsistence differ. They tend to be deer, goats, sheep, bears and so on – meaty animals that will provide sustenance for the hunter and those they are intending to feed.

Sport hunting is the type of hunting that attracts the most controversy.

Again, the process of the hunt itself is no different to techniques used for subsistence and therapeutic hunting. However, the goal is simply to have fun. It is a hobby for many, and something that is debated at length over and over again.

Illegal in some places, and with many restrictions everywhere, sport hunting is said to increase your physical fitness and sharpen your senses. Sport hunters also say that it teaches you survival skills, and opens your mind enhancing your mentality. It requires training and comes with various obvious dangers, as well as many ethical questions.

In regard to sport hunting, Paul Rodriguez once said this: “Hunting is not a sport. In a sport, both sides should know they’re in the game.” Some people agree, and some people disagree. Regardless, sporting hunting *does* exist and this is often what hunting tourism focuses on. People travel to experience hunting in new locations, see what they can kill, and test their skills somewhere different to their usual stomping ground. It is said to be the most unethical of the three types of hunting…

The ethics of hunting

As briefly mentioned, there are ethical questions when it comes to hunting. This is mostly regarding sport hunting: while some people may disagree with hunting in general, therapeutic and subsistence hunting can be understood by most people.

With subsistence hunting, the goal is conservation. Animal activists appreciate this and while they may not love the idea of hunting being part of this process they can understand why it has to be done in some areas.

Similarly with subsistence hunting; ethical vegans are likely to be morally opposed to it as it involves eating meat, but they understand that in some areas there often isn’t a lot of choice when it comes to finding protein sources. People need to eat.

However, with sports hunting, there is no reason for it other than personal enjoyment. It does not improve the ecosystem – in fact, it can be quite damaging.

When a landscape is altered, this is dangerous for the flora and fauna who call it home. It does not help conserve animal populations – instead, it decimates them. For many, the animals they want to hunt are already endangered. There is no give and take, no chance for the innocent animals involved. Habitats and animal families are destroyed.

Of course, hunting also involves physical pain for the creatures being hunted. With guns, arrows, knives and more, animals are killed for no good reason – all in the name of entertainment. This is why it is considered the worst of the three types of hunting.

Due to the questionable ethics discussed above, many places have banned some or all forms of sport hunting. There are also strict regulations in place when it comes to therapeutic and subsistence hunting.

In the UK, hunting is banned entirely. The Hunting Act (2004) banned all hunting of wild mammals with dogs – this includes deer, hares, mink and foxes most notably. The bill was supported by charity RSPCA, as well as various MPs and celebrities such as Roger Moore, Ricky Gervais and Paul McCartney.

However, it saw much opposition too – from Prince Charles, Pink Floyd’s Roger Waters, and many Conservative MPs including Theresa May. Public opinion in the UK has generally swayed in favour of the ban, with polls being published every few years. In 2017, the Conservative Party manifesto stand that they would vote to repeal the Act. This was met with uproar, and actually only 16% wanted the ban overturned.

Hunting is also completely banned in India. Brazil, Singapore and Kenya all have bans on hunting too. It is generally agreed worldwide that sport hunting is a cruel and unnecessary, hence why there are so many laws in place that go against it.

Some people take sport hunting one step further: this is called trophy hunting. This is when hunters kill animals and keep them to display as trophies. It is generally practised by wealthy people, who target impressive-looking game. The animals they hunt tend to be lions, bears, moose, deer and other large mammals. They prefer them to have antlers or horns, as this ‘looks better’ when the trophy has been stuffed (this is done by taxidermy) and is on display.

Trophies are put on the wall in the hunter’s house or office – many have decimated rooms which they call trophy rooms or game rooms. This is one of the more abhorrent types of hunting. It is something that is regularly called out in the media. You will often see images circulating of people posing with a giraffe they have killed, blood on their hands and a gun slung across their chest. Trophy hunting isn’t common, but it does exist.

As you can see, there are different types of hunting, some of which are more accepted by society than others. Should hunting be a form of tourism? I expect most people would answer no to that question. However, hunting tourism does sadly continue to exist in many parts of the world. If you enjoyed this article you may also be interested in:

The ethics of going to a ping pong show

Is it ethical to visit the Killing Fields in Cambodia?

Should you visit a cat cafe? Is it cruel?

Ostrich riding: Why you should never RIDE an ostrich

Should you visit the famous long neck tribe in Thailand?