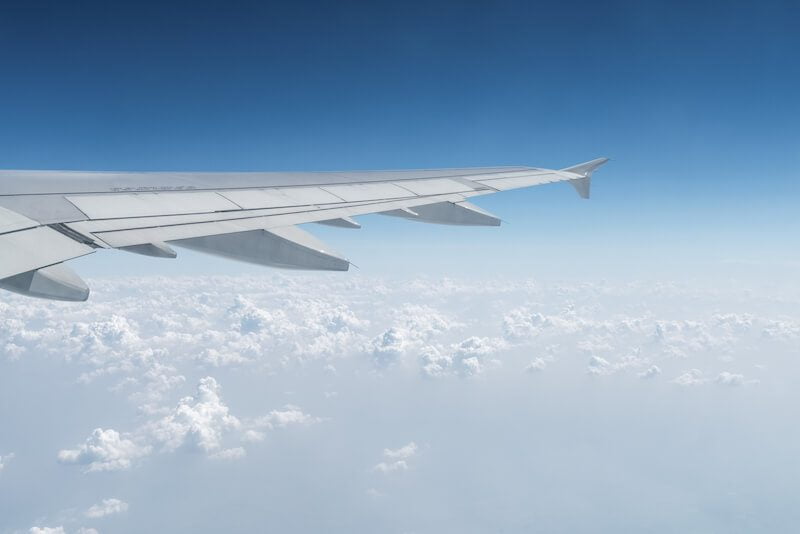 The different types of aircraft have, of course, evolved over the years. From the Wright Brothers and their first flight through to the supersonic flights that are set to launch at the end of the decade (which is pretty exciting- read right through to the end of this post to learn all about that), the history of aviation has been exciting and revolutionary.

There are many different types of aircraft that are used for different purposes… and in this article I will teach you all about them! Ready to learn more? Read on…

What is an aircraft?

Before we talk about the different types of aircraft, first first need to understand excatly what an aircraft is!

An aircraft is any vehicle used to transport people or items through air travel. There are many different types of aircraft, and they have a long history.

Planes and other aircraft are used for a multitude of different purposes. This may be leisure, tourism, military, trade, business or more.

The word used for the human activity involved in aircraft is ‘aviation’.

Jobs in aviation tend to include engineers, pilots, mechanics, dispatchers, controllers, aerospace program managers and more. Below you can read information about the different types of aircraft…

Now, don’t be put off by the complicated-sounding words, because it is actually quite simple! I have explained what both classifications of aircraft mean below…

Aerostats, also referred to as lighter than air aircraft are, you guessed it- light in weight!

Aerostats tend to rely on low-density gas such as helium and hydrogen and rely on buoyancy to allow them to float in the air.

Examples of aerostats are hot air balloons and sky lanterns.

Aerodynes are heavier than aircraft and these are the most common types of aircraft.

These types of aircraft are heavier in weight and rely on the mechanics of the aircraft to enable flight. I won’t go into the specific details of how aircraft fly here, but to put it simply they rely on dynamic movements created by airflow or rotors.

The different types of aircraft

A piston is a small plane with piston-powered engines which are connected to the propellers – they can’t fly at high altitudes and can only travel a distance of around 3-400 miles at a time. They can seat 1-6 people in rows of two.

These planes don’t need long runways or traffic control towers and they are often privately owned.

A turboprop aircrafts has one or more gas turbine engines, connected to a gearbox which then turns the propellers. These are larger aircrafts which can fly at an altitude of around 35,000 feet – travelling distances of around 600-1000 miles in a single flight.

Turboprop aircraft can seat anywhere from two to ten people, and are often used as an alternative to a private jet. There are many commercial airlines that use turboprop aircraft on short haul routes.

A jet plane is one of the faster types of aircraft – some can even go supersonic, which means they travel faster than the speed of sound.

They can also travel at altitudes of up to 49,000 feet – propelled by jet engines, they are more efficient than traditional propeller planes.

Jets are almost-always a fixed wing aircraft, used for a variety of purposes. They also come in a variety of sizes, which you can see below. They have a varied purpose depending on size.

A light jet plane is commonly used as a private jet – they are cheaper to buy than full sized jet planes, though will still cost upwards of $1 million to buy! Businesses charter them regularly to fly 1-2 people short distances. There are also very light jets which are similar but even smaller, and usually don’t even have a toilet on board.

Mid-sized jets are also used as private jets, especially if whoever owns or is chartering needs space for more passengers; they usually seat 6-10 people. They usually offer 4-5 hours of flight time, and have relatively low operating costs with space for luggage too!

This is the name given to a Boeing 747, and other aircraft of that size such as the Airbus A340 and A380. These are large, wide-bodied and long-range airliners, able to accommodate 350+ passengers across different classes. They can travel long-distance at high altitudes.

Jumbo jets and other larger jet planes are used for international and long-haul passenger flights mostly.

Sadly the 747 jumbo jet has been retired from most airlines now. It was one of the most popular types of aircraft used by commercial airlines for long haul flights for a couple of decades and will always remain an important part of the history of tourism and aviation.

Commuter airliners are narrow-bodied planes that are used as feeder planes or air taxis; they can only travel regionally for a short distance. They can generally carry a maximum of 19 passengers.

Concorde are very iconic however, with pointed noses – and known for the loud sound they made when flying over towns and cities, which is one major reason they are no longer in use.  They were operational from 1976-2003, and could travel at up to twice the speed of sound (1,354 miles per hour). A Concorde had space for 92-128 passengers at a time.

Some airlines, including Emirates, have explored the possibility of bring Concorde back. However this is yet to come to fruition and nobody really knows if it is possible to make this dream a reality.

A hot air balloon is a light type of aircraft consisting of a wicker basket with a nylon bag (often called an envelope) attached, inflated by heated air – usually the source of heat is an open flame.

Hot air balloons are used for sightseeing mostly as a tourist experience.

The heated air in a hot air balloon makes the contraption buoyant, allowing it to float.

Interestingly, hot air balloons were the first passenger-carrying aircraft, with the first flight taking place in 1783.

A helicopter is a type of plane, which moves via ‘lift and thrust’ – powered by horizontally spinning rotors. They don’t need a runway, which gives them an advantage over fixed-wing aircraft.

The first helicopter was produced in 1942.

Helicopters can fly forward, backward and laterally – many have panoramic windows making them great for both sightseeing and also for use during battle and for searching.

Airships are types of aircraft which navigate under their own power, using a lifting gas which is less dense than the air around it. There are three types of airships – rigid, semi-rigid and non-rigid. They are described as follows:

A blimp is a famous type of non-rigid airship, as the description says. These are often used by large companies for advertising purposes, especially in the US.

This is another type of fixed wing aircraft – however, what separates a glider from a plane is that it does not require an engine! Gliders fly thanks to a dynamic reaction caused by the air against its lifting surfaces. Motor gliders, however, do have a small engine which allows them to sustain flight at certain altitudes where the air is the wrong density to prolong the reaction necessary to fly without one.

Hang gliders are a specific and open type of glider, where take-off and flight is controlled by the pilot’s legs! Paper planes are also a small and rudimentary example of a glider.

A skiplane is a small type of aircraft, usually a fixed-wing plane, which is attached with a large pair of skis underneath. This gives it the ability to take off from, and land on, snow!

An ornithopter is one of the most unusual types of aircraft!

This is a little-used form of aircraft which uses flapping wings. They are designed to imitate animals, and as such are usually built to scale making them too small to really transport goods and/or passengers. Ornithopters are usually just built for fun by hobbyists.

Made by Harrier and no longer in production, the Jump Jet was a type of aircraft capable of vertical take-off. It is used in warfare and was invented to solve problems of short runway space on aircraft carriers.

A freight plane, or cargo aircraft, is the name given to types of aircraft used to carry cargo, goods or freight.

These types of aircraft are large and not equipped for carrying passengers; there is no seating and the planes have no luggage storage areas. These planes tend to have one large opening at the back, used to load and unload large quantities of goods. They tend to have high wings, numerous wheels and high-mounted tails.

Drones are also types of aircraft formally called ‘unmanned aerial vehicles’. They are small and pilotless, controlled from the ground by radio or even by a smartphone application. Many have cameras attached to them for aerial photography, or are used to transport small and light goods to hard-to-reach areas. Tech Target say:

UAVs were most often associated with the military. They were initially used for anti-aircraft target practice, intelligence gathering and, more controversially, as weapons platforms. Drones are now also used in a range of civilian roles, including the following:

Biplanes are small planes with two sets of wings one on top of the other.

Biplanes were traditionally used by the military and for some commercial aviation from World War I through the early 1930s, Nowadays, however, they are used only for special purposes such as crop dusting and sport aerobatic flying. You can even wingwalk on a biplane if it takes your fancy!

Last but not least is the supersonic aircraft. This is one of the types of aircraft that is not actually in use yet, but there are several airlines that have plans to operate various supersonic aircraft by the end of the decade. Boom Supersonic intends to fly at 1.7 times the speed of sound, cutting journey time in half for many flights. It will be the first net-zero carbon supersonic aircraft.

If you enjoyed this article on the different types of aircraft, I am sure that you will love these too-