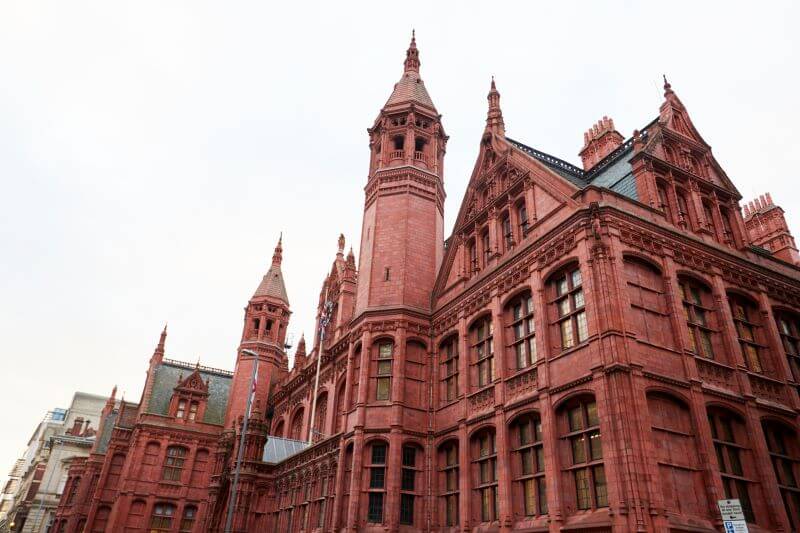 Tourism in Birmingham is booming – and rightly so! Birmingham is located in the heart of England, meaning there’s easy access from all major cities. What’s more, is that Birmingham is filled to the brim with exciting culture, an assortment of modern shops, impressive architecture and plenty of history! There is something to suit everyone here!

Why do tourists visit Birmingham?

What is Birmingham most known for?

Tourism in Birmingham is very popular as Birmingham is known for such a vast variety of reasons. It has currently become trendy due to the BBC show – The Peaky Blinders. This show is about gangsters in Birmingham during the 1900s who had blades sewn into their caps. The show stars Cillian Murphy and Paul Anderson and was even filmed in multiple locations in Birmingham too! You can also take a tour and see all the filming locations around Birmingham if you love the series and want a deeper understanding.

Birmingham is also known for being the host city of the commonwealth games in 2022. These games are hosted from the 28th of July to the 8th of August and will showcase sports such as rugby, cycling, judo gymnastics and many more! These games will increase tourism in Birmingham drastically as so many people will be visiting from all over the world to support their countries. It’s expected to attract up to 39,000 more visitors to Birmingham up to 2027 – meaning tourism in Birmingham will be booming for years to come.

Believe it or not but canals are another reason why tourism in Birmingham is popular. Birmingham has more canals than Venice – with over 100 miles still in use today, with the majority of uses being from residential narrowboats as well as boat tours for tourists. Birmingham canals are very popular due to Birmingham having such a vital impact during the industrial revolution. There are also plenty of great walking tours around Birmingham’s canals if you prefer to learn about Birmingham by foot.

Tourism in Birmingham is also very popular during the Christmas months due to the German Christmas market that visits the city! In 2014, it attracted over 3.4 million visitors, so it’s definitely worth a visit if you’re in Birmingham during Christmas time. It’s free to visit, and many tourists take the opportunity to do all of their Christmas shopping here.

Why is Birmingham called the bull ring?

Why is Birmingham called the bull ring? Great question! That’s because the location was first home to a corn market known as ‘Corn Cheaping’. There was a green area in this market which was referred to as the Bull Ring. The ‘ring’ part of the name came from the hoop that the bulls would be tied to before they were slaughtered.

In the 16th century, bull-baiting became very popular. Bull-baiting is when dogs would attack the bull before killing it, as many people believed that it helped to tenderise the meat. This happened at the Bull Ring; however, when the practice died down, the name still stuck.

Today, the Bull Ring is one of the most famous reasons why people visit Birmingham as it’s been converted into a huge shopping centre – in fact, it’s the largest city centre-based shopping centre in the UK! It is home to over 150 shops and is located right next to the main train station, New Street Grand Central.

What are the best tourist attractions in Birmingham?

When in Birmingham, you’re spoilt for choice for things to do, as there are so many good tourist attractions! To make things easier for you, I’ve made you a list of the most unmissable ones!

Birmingham Museum and Art Gallery is located a 5-minute walk from New Street train station, meaning you will have no trouble finding this gem! There are a lot of different things to view here, such as modern exhibitions that are always changing, Edwardian tearooms that you can dine in and different events and activities to satisfy your tastes. It’s a must-see if you want to learn about the history and tourism in Birmingham over time. It’s also free to visit!

Birmingham Libary is more than just a library! Set in a stunning building, there are over 3 floors filled with books as well as a cafe and an amazing lookout spot of the city! It opened in 2013 and is the largest public library in the UK as well as the largest public cultural space in Europe. In 2014, 2,414,860 people visited, making it the 10th most popular visitor attraction in the UK.

If you love a bargain, then you have to head to the world’s biggest Primark! There are 5 floors of so many clothes and accessories at amazing prices, so you’ll defiantly find what you’re looking for and more! There’s more than just clothes here, too, as there is also a beauty salon, Disney cafe and even t-shirt printing!

The Eletric Cinema Birmingham is the UK’s oldest working cinema, as it originally opened in 1909. It offers an authentic old-fashioned cinema feel, which is perfect for all film lovers who want a different experience. There are even really comfortable seats you wouldn’t get in a usual cinema if you want to upgrade your experience – there’s even a waiter service! It’s a great idea if you’re visiting for film tourism in Birmingham.

The National Sea Life Centre Birmingham is a great place to visit if you’re doing tourism in Birmingham with your family and have kids, as they will definitely love all the creatures on display here! There are so many different types of fish, sharks and even penguins! There’s an ocean tunnel for people of all ages to marvel at as creatures swim all around you as well as a 4D cinema to keep everyone entertained.

The Bear Grylls Adventure is fun for all the family as there are so many different activities to do here! From snorkelling to archery and even a 65ft tall high rope course for you to push your boundaries on. It’s heart palpitating fun for all, and it’s very easy to get to as it’s located near Birmingham Airport at the NEC.

Tourism in Birmingham isn’t complete without a visit to the world-famous Cadbury World! View how the chocolate is made and even get the chance to try it yourself, as well as learn about the history of chocolate and the history of Cadburys throughout the years. There are lots of activities to do such as a 4D cinema, green screens, playgrounds and if that hasn’t convinced you yet – you even get free chocolate!

The best places to stay in Birmingham

Luckily, you won’t have to walk far from the main attractions in Birmingham after a long day back to your hotel as most of the hotels are located in the city centre – yes, even the budget ones!

Ibis Budget City Centre – This budget hotel is conveniently located within a 10 minutes walk of Birmingham’s city centre, so you won’t have to travel back far after a long day of shopping! There is even public parking on-site, which costs £8 per day – which is a bargain when it comes to Birmingham!

Holiday Inn Express – Many tourists have said that this is a great place to stay in Birmingham as even though it’s a budget hotel, the facilities here are perfect! For instance, there is a power shower, free toiletries, a buffet breakfast and even pillow menus, so you can get a perfect night’s sleep for all the exploring you’ll be doing!

Selina Birmingham – This aparthotel offers cosy, private rooms along with private bathrooms. It’s located in Birmingham’s Jewellery Quarter, meaning it’s close to all the main attractions! There are even free Wi-Fi and breakfast options.

No.8 Waterloo Street – A cosy little offers accommodation in Birmingham for people aged 24 years and over. There are complimentary drinks available, as well as a fully fitted kitchen, and all towels and toiletries are provided.

The Grand Hotel – As it says in the name, this hotel is grand all over! There is a wide array of facilities on offer for all types of tourists, such as a restaurant on-site, a fitness centre, a concierge, daily housekeeping – and it is even pet friendly!

City Centre Penthouse – What’s better than a penthouse with an amazing view of Birmingham’s skyline to stay in? Here you will feel right at home in this luxury apartment, equipped with a kitchen, balcony, games console and so much more. You will be sure to remember your stay here!

Hyatt Regency – Located in one of Birmingham’s most iconic buildings, the Hyatt Regency offers a stay of a lifetime! Here you will find lots to help you enhance your stay, such as hot tubs, saunas, an on-site restaurant, an adult-only pool and even a dry cleaning service. It’s perfect for all types of tourism in Birmingham!