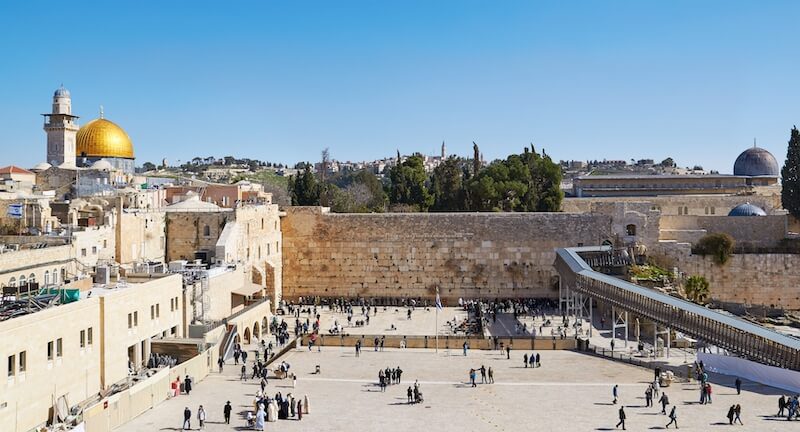 Things to Do in Jerusalem’s Old City

Jerusalem is a city of faith. It’s a place that harbours the holy sites of 3 major religions, and where people from all over the world travel to pay homage.

Visiting Jerusalem’s Old City is a truly unique experience. You can find yourself surrounded by thousands of people from around the world who have come together to pray, or simply admire the architecture and iconic sights.

All you need is your Israel online visa, and you’re ready to head to one of the most beautiful and fascinating cities in the world.

If you’re planning a trip to Jerusalem, one of the best things you can do is go to the Kotel (Western Wall). The Western Wall is one of the holiest places in all of Judaism, and it’s a place where many people come to pray, meditate, and connect with their faith.

The Kotel is also called the Wailing Wall because Jews would come here to mourn after Jerusalem was destroyed by Rome in 70 CE. A common practice among visitors is to write a wish on a piece of paper and push it through the cracks of the wall.

The Kotel Tunnels are a place of quiet contemplation and reflection. The tunnels were created to allow access to the Western Wall, or Kotel, which is located underneath Jerusalem’s Old City.

Today, visitors can walk through the tunnels and experience what it was like for pilgrims to make their way from the Temple Mount to visit the Western Wall. Walking through these tunnels is one of the most powerful ways to connect with Jerusalem’s history and culture.

The Dome of the Rock

The Dome of the Rock is one of the most iconic religious sites in the world. The site has been an important place of worship since it was built in 691 CE.

The Dome of the Rock is a beautiful building with breathtaking architecture and design. It is considered to be one of the holiest sites for Muslims because it houses what they believe to be the rock where Muhammad ascended to heaven.

Church of the Holy Sepulchre

The Church of the Holy Sepulchre is a major Christian pilgrimage site, as it is where Jesus Christ is said to have been crucified and buried.

The church itself is considered holy because it contains relics from Christ’s crucifixion: a piece of his cross, a piece of his ribboned robe, and what are believed to be his tomb and burial shroud.

This museum is full of artifacts from the Second Temple period and beyond. These include ancient coins, pottery, stone weights, and more. You’ll also see many weapons used during times of war.

The Terra Sancta Museum in Jerusalem’s Old City is a must-see for anyone who loves history, religion, or art.

You’ll find exhibits that explore the history of Jerusalem, including exhibits on its past inhabitants, including the Canaanites and Romans. You’ll also find an exhibit on Jesus’ life and death, as well as an exhibit on other religions that lived in Jerusalem at different points in history.

If you’re looking for a one-of-a-kind experience, we recommend a trip to the Old City Market (souq). It’s a huge space with tons of shops and stalls, but what sets it apart is how much history it has—and how much of that history is still visible.

You’ll see merchants selling everything from spices to fruits and vegetables, as well as souvenirs like jewelry or handcrafted artwork.

If you’re in Jerusalem, the Cardo is a must-see. The Cardo is an ancient Roman road that used to connect the Temple with the Forum. It’s now a pedestrian walkway that runs through the Old City and has been converted into a museum of sorts.

You can see some excavation work done on the site, learn about its history, and even hear some stories about it from archaeologists who worked on it.

The Temple Institute is a place of worship, study, and research in Jerusalem’s Old City that seeks to prepare the world for the coming of the Third Temple.

The institute offers classes on subjects like biblical history, Jewish law, and Hebrew language. They also hold regular events such as concerts and lectures from rabbis who support their mission.