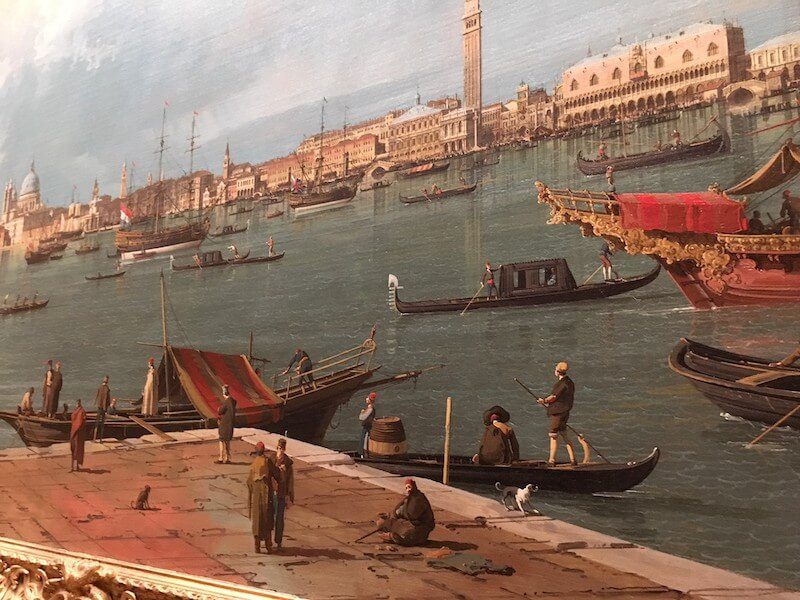 The Grand Tour- the most important time in the history of tourism?

The Grand Tour isn’t only a TV show about cars, in actual fact, The Grand Tour is a very important part of the history of travel and tourism (and I expect this was the rationale for the name of the show ‘The Grand Tour too!). In this article I am going to teach you what The Grand Tour was, why it was so important to tourism and where the popular Grand Tour destinations were. Ready to learn more? Read on…

What is the Grand Tour?

The Grand Tour was the name of a traditional trip through Europe, undertaken by Upper Class boys as they were coming of age. It was mostly the British nobility and landed gentry who went on a Grand Tour, but this did extend to other wealthy Europeans and, later, South and North Americans as well as Filipinos.

According to The National Trust, the term ‘Grand Tour’ was coined by the Catholic priest and travel writer Richard Lassels (c.1603-68), who used it in his influential guidebook The Voyage of Italy (published 1670) to describe young lords travelling abroad to learn about art, architecture and antiquity.

The Grand Tour was a form of travel from around 1550-1850. It was at its most popular during the 18th century, and was said to be the way to end a boy’s education – making them a man. Often, these adolescent boys would be accompanied by tutors who would make the scenes in front of them come to life. It was more of a hands-on education, much like how we have field trips today. The Grand Tour, however, was much more lengthy.

This rite of passage was a very important point in the timeline of the history of tourism – but why?

Why is the Grand Tour important to tourism?

The Grand Tour is important to the overall history of tourism because it represented travel for educational and recreational purposes rather than, for example, trade or military reasons. It contributed greatly to the cultural, social, architectural, gastronomic, political and artistic evolution of the home country’s of these travellers – especially when, as time went on, it became accessible to not only gentry but artists, collectors, designers and more. These people would take influence from the things they saw abroad. Buildings in Britain would follow architectural styles the designer had seen in Italy, for example.

It is also so important because it was during this large timeframe that the term ‘tourist’ was first properly used. Without it, the history of tourism as we know it would look massively different. People were travelling en masse (although not in groups, per se, as this was before proper public transport existed), visiting new destinations and bringing back stories of their trips. As mentioned, The Grand Tour expanded from being purely a British upper class thing to being something taken by the working class, as well as nobility from other countries. It was highly influential.

The Grand Tour paved the way for the ongoing popularity of museums – as it was clear that people who travelled to different countries often had an interest in learning about the history and culture. It proved there was a need for lodgings for people visiting from out of town; it encouraged the growth of restaurants so visitors could try the local cuisines and so on. Essentially, it was the start of what we now know as tourism because it had such a large and visible influence.

There was no set itinerary for a Grand Tour. It was up to the individual, and often influenced by their interests or finances. However, most people followed the same vague outline at least. Paris and Rome were firm favourites along with much of the rest of Italy, but a typical itinerary might have looked something like this – if travelling from Britain, that is…

One would start their trip properly in Dover, on the south coast of England. This remains a popular transport hub for people travelling out of the country. From here, our Grand tourist would head by boat across the channel to Ostend in Belgium or either Calais or Le Havre in France depending on their preference. Here, the tourist and their tutor (and servants, if they had any) would decide on the next move.

Often this would be to purchase a coach to transport them from place to place. This would generally be sold on again when it was time to get back on another boat – although some travellers would dismantle theirs and take it with them on their trip.

The first major stop on anyone’s Grand Tour was Paris. The capital of France and the city of love and romance, as well as baked goods, beautiful artwork and breathtaking views, Paris was an obvious choice. Grand Tourists would often hire a French speaking guide to accompany them throughout the entirety of the trip, because it was Europe’s dominant language at the time. Paris was an ideal place to acquire some to join you on a Grand Tour!

Pairs held a world of opportunities, too. Fencing tutorials, dance lessons, French language tutorships, riding practice and so much more. On top of this was the sophistication of the French high society, which would help to polish the traveller’s manners for his eventual return to England.

After getting to know Paris, one would make the journey across to Switzerland to visit either Lusanne or Geneva. This would be only a short stop, however, in order to prepare for an often-difficult journey across the Alps. The really wealthy Grand Tourists would be carried across by their servants, but generally everyone struggled together.

Awaiting them on the other side of the Alps, of course, was Italy. This is typically where our Grand Tourists would spend the most time, visiting different cities and generally exploring over the course of quite a few months. Turin and Milan would be early stops, followed by an extensive stay in Florence. Home to a larger Anglo-Italian diasporic community, Florence was an excellent part of a Grand Tour and one which allowed for a lot of fun and socialising. From here there would be shorter trips to Pisa, Padua, Bologna and Venice – the latter being a high point for many.

But this didn’t conclude the Italian part of a Grand Tour at all. Venice gave way to Rome – particularly for the study of the ancient ruins here as well as the artwork of the Medieval, Renaissance and Baroque time periods. From Rome some of the more curious travellers went to Naples, where there was a big music scene, and even (after the mid 18-th century, of course) to Pompeii and Herculaneum to see the recent discoveries. Later still, some of the most adventurous Grand Tourists headed to Siciliy to see even more archaeological sites, Greece for the sunshine and culture, and Malta for its history. For the most part, however, Naples or Rome were the usual end to an Italian adventure.

From Italy, most Grand Tourists would head back across the Alps to parts of Europe which were more dominated by the Germanic language. This included Vienna, Innsbruck, Dresden, Potsdam and Berlin – all beautiful cities with distinctive architecture and beautiful culture nuances. Some would even study at the universities in Heidelberg or Munich to round off their trip. Finally were flying visits to Holland or Flanders, before travelling back across the channel and returning to England full of the warm wonders of European travel and education.

By looking at this route, it almost seems reminiscent of an itinerary. And this is true, and is another reason why the Grand Tour is so important to tourism – it was the blueprint for many itineraries travellers and tourists still use today.

The Grand Tour in the media

There are few pieces of media which actually depict someone going off on a Grand Tour – but we can see references to it, and influence from it, in many media stories. Frankenstein by Mary Shelley, in fact, was said to be conceived during her own Grand Tour; the doctor in the story is born in Naples and travels throughout Europe.

There are various non-fiction books which make great reference to the Grand Tour, such as Francis Bacon’s Of Travel – a guide which is still relevant today – and some books which were more of a hybrid between fiction and non-fiction. These include Mark Twain’s The Innocents Abroad and Johann Wolfgang Goethe’s Italian Journey.

We can’t forget, of course, the TV show which takes its name from this early tourist phenomenon. The Grand Tour is a British motoring TV series, featuring Richard Hammond, James May and Jeremy Clarkson. Initially, it centred around car reviews and timed laps, motoring challenges and races, studio segments, and celebrity guests – with the ‘studio’ being a large portable tent. They filmed in different locations across the globe, hence the name. In a BBC article before the show was first launched, Clarkson said that the name brought to mind the tradition of Grand Tours, and reflected how the show would be filmed in different countries.

If you enjoyed these articles, I am sure that you will love these too!