The Bund, Shanghai is a popular area amongst tourists and expats living in China – in fact, it is one of the most recognisable symbols of China and its tourism industry! But what exactly is it, and how can you make the most of your time there? In this post I will give you 10 cool things to do on your visit to The Bund, Shanghai!

What and where is The Bund?

The Bund is an area in Shanghai, also known as Waitan. This literally translates to outer beach. It is a section of Zhongshan Road located within the former Shanghai International Settlement on the western bank of the Huangpu River. It is north of the old walled city of Shanghai.

The Bund, Shanghai was a British settlement first. Later, in 1863, the British and American settlements combined to create the International Settlement. Five treaty ports, including Shanghai, were open to foreign merchants at this point. Each of these ports had their own bund, but the Shanghai Bund was the biggest and most famous!

There are plenty of historical and colonial buildings on The Bund, Shanghai. At one point these buildings were home to banks and trading houses from Italy, Russia, the UK, Japan, the USA and more. There was a newspaper here, the British and Russian consulates, the Masonic Club and the famous Shanghai Club.

Now The Bund, Shanghai is a hub of business, retail and more. Catch the Metro (using line 2 or 10) to East Nanjing Road Station. The Bund is around 10 minutes from the station by foot. You can reach the area by bus too; the city sightseeing buses (lines 1, 3 and 5) stop there or you can take one of many public buses to either Zhongshan Dongyilu Hankoulu or Zhongshan Dongyilu Nanjing Donglu.

Other posts about Shanghai that you may be interested in:
–35 things to do in Shanghai with kids
–The best family hotels in Shanghai
–The Bund Shanghai restaurants: Where to go and where not to go
–Everything you need to know for your visit to Yu Garden, Shanghai

Just visiting The Bund, Shanghai is pretty cool. The views are stunning and the photo opportunities are second to none, especially if it’s a clear day. Trust me, our Instagram followers will admire your shots!

Whilst looking and taking photos is great, there are many other things that you can do during your visit to The Bund, Shanghai to make it extra special! Here are my top ten recommendations…

#1 Take stroll along the river

First and foremost, a walk along The Bund, Shanghai is not to be missed! It is such an iconic site to see, and a dream for those interested in architecture and photography. Of the 52 buildings along The Bund, most are Eclecticist. However you will also see Renaissance Revival, Neo-Classical, Beaux-Arts, Gothic Revival and other styles of buildings along the way.

On the other side of the Huangpu River are skyscrapers and high rises galore. This is known as the Pudong New Area. The four highest skyscrapers in the city are located here: the World Financial Center, Jin MaoTower, the Shanghai Tower and the Oriental Pearl Club.

The Huangpu River is the centre piece of The Bund, Shanghai. If you’re looking to do something extra special during your visit to the area then why not take a river cruise at night?

The illuminated buildings along The Bund, Shanghai look magnificent from the river – and it feels truly romantic, too. Cruises will often include food and are sometimes joined with other activities such as a walking tour.

#3 People watch at The Bund, Shanghai

People watching is also incredibly fun at The Bund, Shanghai. You’ll spot locals doing Tai Chi, flying kites, walking and jogging. It is a busy area so if you like watching the world go by, you’ll have a great time doing so here!

Huangpu Park, at the northern end of The Bund, is a great place to relax if you need some time out.

#4 Go for a run along The Bund, Shanghai

If you’re in to running, you can take a night time run along The Bund, Shanghai. You can either do it DIY-style, or run along an organised route of 8km. The course is really a great run around the Bund by night while the air is cooler and the ambiance is very special.

**Click here to book your space to run along The Bund!**

Great for kids, the train whizzes you through a tunnel, accompanied by a fantastic light show. It is a bit more expensive than taking the ferry across to Pudong, but it’s faster and way more fun! You can see what the tunnel is like in this short video.

There are lots of great places to eat within close vicinity of The Bund, Shanghai. Many places have great views of The Bund too. Take a look at this post for my recommendations of the best restaurants on The Bund.

If you’re a foodie and you’re looking for something a little different, a Bund and breakfast tour might be up your street! This tour teaches you all about local cuisine and takes you to some of the authentic local eateries, offering a fantastic sense of cultural tourism.

**Click here to book your Bund and Breakfast tour**

#7 Watch the light show at The Bund, Shanghai

The light show at The Bund, Shanghai is truly remarkable. I strongly recommend a visit to The Bund at night. The light show is on every 15 minutes. You can watch the light show between 7pm-11pm in summer and 6pm-10pm in winter.

It can get chilly in winter by the river, so remember to pack a jumper. It can also get very crowded and during holidays and weekends The Bund, Shanghai often experiences overtourism. Be prepared for queues and crowds, especially on the road from the metro stop.

You can see what the light show looks like in this video.

#8 Go cycling along The Bund, Shanghai

We love cycling around a new city! You get to see so much more than if you take the metro or a taxi, plus you get some exercise too. If you want to see The Bund, Shanghai by bike, then it’s as easy as booking onto a bike tour!

#9 Learn about the Bund’s history

There is so much history and heritage surrounding The Bund area that it would be a shame not to learn a little bit about it.

There are a number of group tours that you can join, which will teach you all about the histories of the various buildings and the rule of British colonialism. They will show you many of the areas that tourists will not usually see and you will finish the tour having a thorough understanding of the ‘whats, why’s and how’s of The Bund, Shanghai.

There are 52 buildings along The Bund, some just cannot be missed. Here are some of the best…

Located at No.3 The Bund, Shanghai, The Union Building was built in 1916. It was the first building in Shanghai to use a steel structure, and is in the Neo-Renaissance style. It has a symmetrical facade. The Union Building has a colourful history, but was converted into a shopping centre in 2004. This is called Three on the Bund and the restoration work has been praised extensively.

Also known as the Municipal Government Building, it is located at No.12 The Bund, Shanghai. Built in neo-classical style, it is a six-storey building that was completed in June 1923. Once hailed as “the most luxurious building form the Suez Canal to the Bering Strait”, it has a floor area of 23,415 m² – and inside, it is decorated with marble and Monel. In the entrance hall are stunning mosaic artworks – eight murals depicting the eight cities where HSBC had branches. These were Shanghai, Tokyo, Hong Kong, New York City, Paris, London, Bangkok and Calcutta. The mosaics are a must-see when at The Bund, Shanghai.

This is a huge symbol of The Bund, Shanghai. Located at No.13, the current building was completed in 1927 with a clock tower meant to imitate Big Ben in London. It is fascinating to see such a grand neo-classical building in Shanghai – and this one also has mosaic artwork inside!

Found at No.27 The Bund, Shanghai this is a Beaux-Arts style building. Upon completion in 1922 it had five storeys; another was added in 1930, then a seventh in 1983. The latter was criticised as it altered the original building style. Today it is home to a Rolex store and some offices, as well as the House of Roosevelt. This is a bar and restaurant that i famous for its incredible wine.

For a building steeped in history, check this one out. Located at No.2 The Bund, Shanghai it is a six-storey baroque Revival building. The Shanghai Club (founded in 1861) was the best men’s club in the whole of Shanghai for British residents. The new building which is there now was opened in 1910. The club was in its prime during the 1920s and 1930s; membership was limited to white males of a particular class. The building is now a luxury hotel: Waldorf Astoria Shanghai on the Bund.

The Bund, Shanghai is a fascinating place to visit. With stunning architecture, photo opportunities, places to relax as well as shops and hotels, The Bund truly has it all!

Do you have any other recommendations on things to do at The Bund, Shanghai? Let me know in the comments! 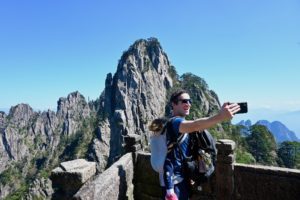 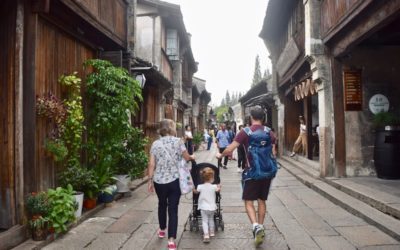 China with kids: 10 things you NEED to know 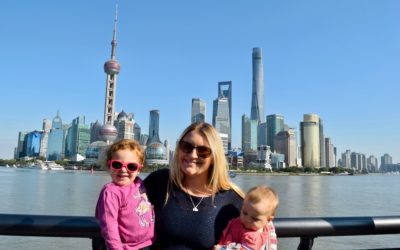 Moving to China: 50 CRAZY things you NEED to know 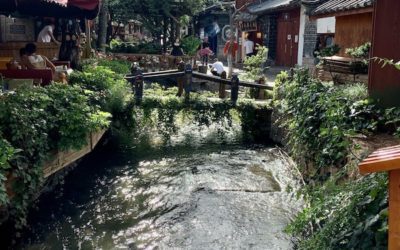 Becoming an expat in Hangzhou, China: Everything you need to know 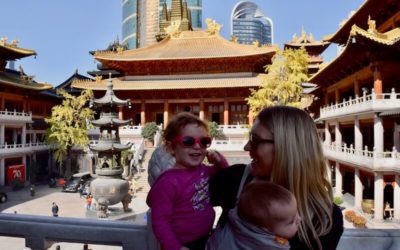 35 things to do in Shanghai with kids 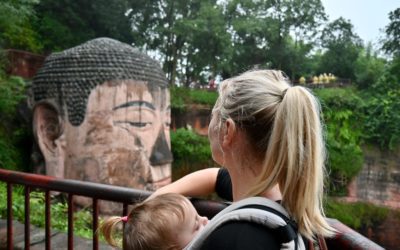 Everything you need to know for your visit to Yu Garden, Shanghai 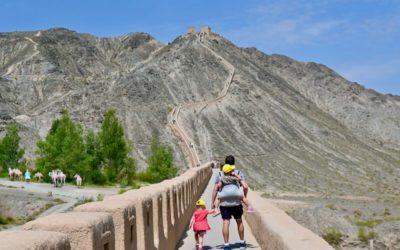 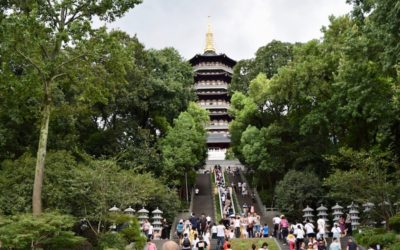 Leifeng Pagoda: Everything you need to know for the perfect visit 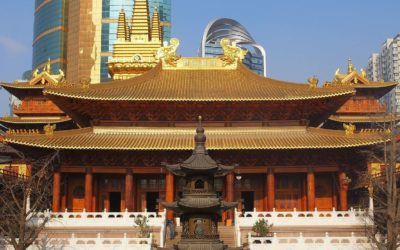 Jing’An Temple: What you should know before you visit 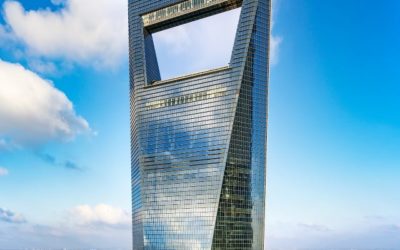 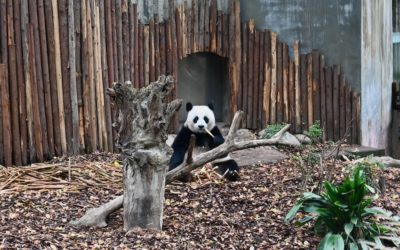 Chengdu with kids | Things to do in Chengdu