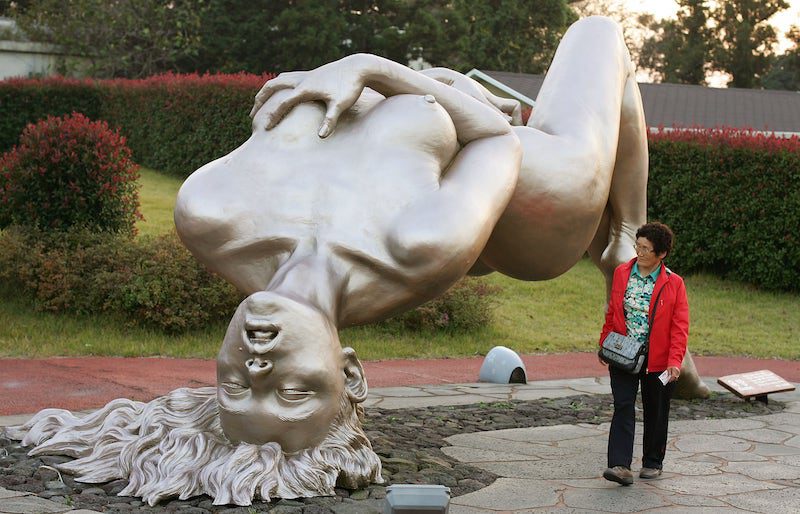 The best sex museums in the world

Do you want to know more about the best sex museums in the world? Then you have come to the right place!

Whilst some people may avoid them like the plague, other people are curious about what the best sex museums in the world have to offer. From popular honeymoon days out in South Korea, to artefacts about sex through the different ares in Amsterdam, there are many popular sex museums around the world.

In this article I will tell you what a sex museum is and I will tell you about the best sex museums in the world. Whether you’re researching sex tourism for your studies, you fancy heading to one for a laugh with your friends or you are genuinely interested in learning about sex in different parts of the world, this post is for you… read on…

What is a sex museum?

Sex museums started to grow in popularity, especially in Europe, during the late 1960s and 1970s: the era of the sexual revolution. This was a social movement which sought to challenge traditional attitudes to sex, sexuality and interpersonal relationships – also known as sexual liberation. It included the normalisation of contraception as well as homosexuality and extra-marital sex, public nudity and more.

The era of sexual revolution led to, in some places, a better acceptance of sex and sexual relationships outside of a traditional heteronormative sphere. Sex was celebrated, and thus the sex museum was born.

There are many sex museums across the globe, and together they welcome millions of visitors every year. In this article I outline some of the best sex museums in the world.

Note-many sex museums have an over-18 policy for visitors due to the nature of the exhibitions on display; while sex is something that should not be taboo and should be openly discussed, museums have a duty to ensure that everything is appropriate and therefore most of the best sex museums in the world don’t allow under 18s to enter.

The best sex museums in the world

One of the most famous and best sex museums in the world, Sexmuseum Amsterdam opened in 1985.

Sexmuseum Amsterdam allows visitors to explore the evolution of sex throughout the ages thanks to pictures, artefacts, photos, video recordings and artwork. It is a journey of sex through different eras. From Cleopatra to the Middle Ages, there is so much to learn here and it’s no wonder it is such a popular museum.

With its famous red light district, Amsterdam is almost synonymous with sex and sexuality; the museum is just another part of that, but one that is educational and interesting.

Sexmuseum Amsterdam offer a virtual tour of their museum online, which is particularly helpful for those currently unable to travel to the Netherlands due to Covid-19 restrictions.

Located just off the main square, you can easily fit a trip to the Sex Machines Museum into your day while visiting Prague – it’s not far from some of the most iconic tourist attractions in the city, such as the Charles Bridge, the Prague meridian line and the Astronomical Clock.

The Sex Machines Museum is one of the best sex museums in the world, where you can sit down and watch some Victorian pornography before you go on to discover an entire timeline of sex machines – hence the name of the museum.

The museum has a focus on the sexual aids that people have used throughout the years, such as chastity belts, thrones with a hole in the bottom to allow for oral sex, and body harnesses. Some of these machines and devices date back to the 1500s, and there are more modern toys and machines on display too – as well as clothing, shoes and more.

When the museum opened in 2002, city officials spoke out against the “disagreeable” content exhibited inside, which only served to make it more popular with the 8 million tourists visiting the city each year.

The Sex Machines Museum does not allow entry for those under the age of 18; a valid proof of age ID is required to gain entry to the museum.

FUN TIP: before you enter the museum there is ‘sexometer’/love tester chair you can sit on which will tell you how much of a sex bomb you are – this is a particularly fun activity for stag and hen parties!

Jeju Island, South Korea, is home to some of the coolest tourist attractions ever – as well as one of the best sex museums in the world, Love Land Park.

Love Land Park is an outdoor museum, open since 2004, which features 140 sculptures representing humans in a variety of different sexual positions. There are sex education films too!

Some of the sculptures are quite tame and tasteful, but there are plenty of risqué and raunchy statues too; some are realistic while some are a bit more out there. The sculptures were created by 20 different artists, a lot of whom graduate from Hongik University, one of the top art schools in Asia.

It’s a fun place to walk around, and serves as quite an anomaly compared to the more conservative nature of South Korea as a whole. But the park offers a great conversation point, and it really does spark some excitement for a lot of people.

It only takes around 30-40 minutes to walk around, and there is free parking here too so it’s a great way enjoy the sunshine if you are limited for time at some point during your trip to the amazing Jeju Island.

INTERESTING FACT: Love Land Park is one of the most visited museums by honeymooners in the world!

On display at the museum you will find plenty of different exhibits to do with sex and sexuality, from the Star Wars Exhibit to some Jay Losofsky sculptures.

There is an LGBTIQ Gallery, an exhibit dedicated to Sex in the Third Reich, and various sex-themed artwork.

Vegas is known for being a little bit ‘out there’, and this museum definitely fits the bill!

With a name that translates as ‘G spot’ in English, the Tochka G museum is one of the best sex museums in the world.

The museum offers an all in one ticket that allows you to explore the sex museum area as well as a mirror maze, ball pool and ‘labyrinth of fear’ – so if you are looking for something a bit different to do in Moscow, this could be worth looking into!

From ancient Kama Sutra carvings to contemporary erotica, there is something for pretty much everyone at this fascinating museum. Look out for the French pornographic comic books, statues of pagan fertility gods, ivory phalluses and so much more…

There is a cafe (complete with pornographic wallpaper!) and a huge adult/sex shop on site. Find the museum on Ul. Novy Arbat.

To conclude: The best sex museums in the world

Sex doesn’t have to be seedy. The best sex museums in the world are visited by a wide range of people, from honeymooners to girls on a hen party to people who simply want to learn more about something that’s rarely spoken about in public. Do you know another popular sex museum that I haven’t mentioned here? Let me know in the comments below!