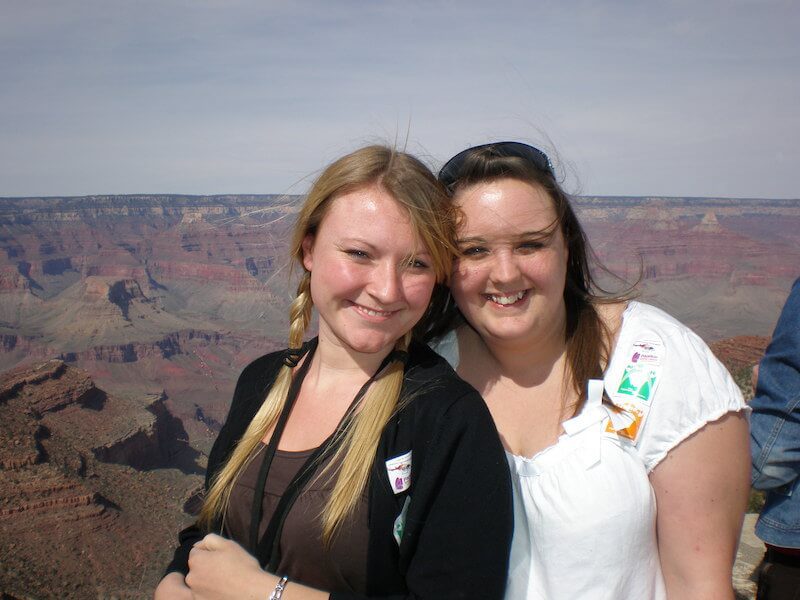 What are the seven natural wonders of the world?

The seven natural wonders of the world are definitely on my travel ‘to-do list’! When we travel we love to visit a ‘wonder’ (as described by Karl Pilkington in one of my favourite travel shows- An Idiot Abroad), and we also love a good ‘travel to-do-list’ to work our way through!

While the seven wonders of the ancient world are all man-made structures and sculptures, awe-inspiring examples of human ingenuity, the seven natural wonders of the world are just as spectacular. They’re naturally occurring, too. Here’s a look at each of them: what, where, how and why!

The seven natural wonders of the world

Here is a list of the seven natural wonders of the world, in no particular order. I have visited 3 and a half (I am counting Most Everest from a distance as half a point here!) so far. How many have you visited?

Located in the state of Arizona, USA, the Grand Canyon is 277 miles long. It is also 18 miles wide, and 1 mile deep. Over 5 million tourists visit the Grand Canyon ever year, and scientists believe it can reveal around 40% of the Earth’s history. No wonder it’s classed as one of the seven natural wonders of the world!

The canyon is thought to be a result of the erosion from the Colorado River. This likely happened around 6 million years ago, although some believe it to be up to 17 million years ago! While the Grand Canyon isn’t actually the longest or steepest canyon in the world, it is probably the most beautiful. The deep reds and rich browns coupled with the wide variety of animal and plant species make it ideal for visitors wanting to soak in some natural beauty when visiting America. Exploring by helicopter is an experience like nothing else, but you can skydive and visit by train too!

One of the lesser-known of the seven natural wonders of the world, Paricutin is a cinder cone volcano. It is located in Michoacán, Mexico, and a farmer saw it appear before his eyes one day in 1943. Out of nowhere, the ground turned into a small six-foot tall volcano spouting fine grey ash. Over the years it erupted more and more, eventually growing to around 424 meters tall (1,391ft) before it became dormant in 1952. Scientists do not expect Paricutin to erupt again, and tourists are able to hike up the volcano!

Read also: The new seven wonders of the world

This one is high on my bucket list! Victoria Falls is the largest waterfall in the world, sitting on the border of Zambia and Zimbabwe. Originally it was known as Mosi-oa-Tunya: The Smoke that Thunders. However, Scottish explorer David Livingstone renamed the waterfall when he travelled across Africa in 1855, naming it Victoria Falls after the current queen.

You can swim in Victoria Falls at the Devil’s Swimming Pool, fly over it or take a boat trip. It earns its status as one of the seven natural wonders of the world because the incredible nighttime rainbow that appears whenever there’s a full moon. This is caused by moonlight bouncing off the spray of the water – it’s absolutely breathtaking to see.

Scuba diving and snorkelling offer brilliant opportunities to see the coral reef up close. I didn’t manage to get beneath the water’s surface on my visit to the Great Barrier Reef, which gives me a good excuse to go back someday soon!

Read also: What is ABTA and how does it work?

#5 The Harbour of Rio de Janeiro

Located in Brazil and also known as the Bay of Rio de Janeiro, this is the world’s largest bay. Originally, the bay was known by natives as Guanabara Bay – the arm of the sea. The name Rio de Janeiro comes from a Portuguese explorer named Concalo Coelho. He discovered it for himself it in January 1502. He said the bay looked like the mouth of a river, hence Rio de Janeiro: River of January.

The harbour is surrounded by mountains such as the Hills of Tijuca, Sugar Loaf Mountain and Corcovado Peak. These are made of granite and gneiss, and have steep sides that almost reach the water. The Harbour of Rio de Janeiro stretches 20 miles inland, and is the result of the Serra do Mar mountain chain meeting the sea.

Visiting the harbour is a must when visiting Rio as a whole. The city has plenty to offer, and being home to one of the seven natural wonders of the world is an incredible part of it.

Commonly known as the Northern Lights, this is something on most people’s travel bucket list. Seeing the Northern lights, however, isn’t a given: I’ve tried twice and failed! The lights are only visible in the winter months and on a clear night.

The Northern Lights are most visible in the Northern hemisphere, in places such as Iceland, Alaska, Russia, Finland and other parts of the so-called Aurora Zone. Winter is the best time to see them, and there are plenty of apps that advise on whether or not you are likely to spot them on any given night. Tours and trips are available to give you the best chance at spotting them, too.

So what actually are the Northern Lights? They are bright colourful bursts of light (known as photons) caused by the collision of the electrically charged particles from the sun with atoms and molecules in the earth’s atmospheres. They are shockingly beautiful, and something that photos just don’t do justice.

It is no surprise that Mount Everest is one of the seven natural wonders of the world. The highest mountain in the world, it is spectacular to look at, or even climb. Whilst I haven’t made it to base camp just yet, I did get a glimpse of the mountain on my trip to Kathmandu with a baby in 2018. I plan to go back once the kids are a bit bigger for the climb!

Mount Everest, located across the border between Tibet and Nepal, is the highest mountain above sea level anywhere in the world. It is 8,848 metres tall and actually grows around 4mm per year due to geological uplift!

Its size is absolutely breathtaking. Mount Everest is over 60 million years old, and there are 17 climbing routes to the summit. However, most people choose one of the two main routes: the North Ridge from Tibet, or the Southeast Ridge from Nepal. As well as climbing the mountain, which is no mean feat, you can fly over it in a helicopter. Thisallows for stunning views without all the training!

There you have it – a closer look at the seven natural wonders of the world. They are naturally occurring phenomena and places, and most are visited by tourists regularly throughout the year. Ticking them all off is a big goal for a lot of travellers!