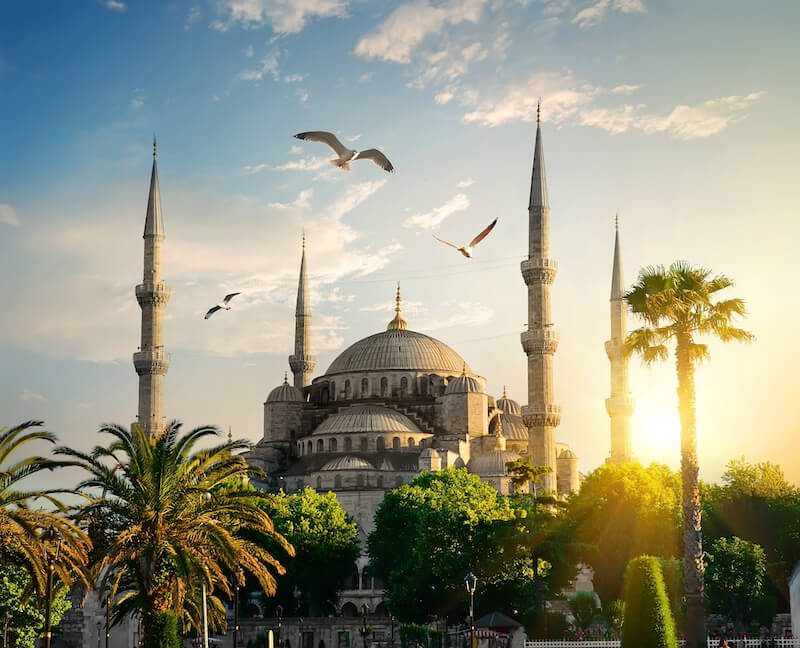 Religious tourism- what is it and how does it work?

Religious tourism makes up a big part of the tourism industry worldwide. Learn more about religious tourism, what it is and how it works in this article….

What is religious tourism?

Why is religious tourism important?

Religious tourism is an important branch of tourism for many reasons. It allows people to connect to their religion in a way they might otherwise not be able to – for example, a Muslim person living in a predominantly Christian country or area may have little opportunity to visit a mosque. They may also not have the chance to meet other Muslims very often. By visiting a place where Islam is the prominent religion, they might be able to build a better connection with their religion.

It also provides a way for humanity to preserve our common heritage. All religions are practised in different places across the globe, as humanity has spread through the centuries. By visiting religious monuments and locations, we are able to learn more about the histories behind different religions, making religious tourism a great form of educational tourism too.

Religious tourism also helps to provide funding for the upkeep and preservation of religious sites. Entry fees to places like the Vatican are useful when it comes to repairs and paying for the staff who maintain the physical aspect of the Catholic Church. As well as this, as more people visit certain areas, governments are forced to ensure that roads, water supplies and infrastructure are taken care of.

There are various activities which can come under the arm of religious tourism. One major one is a pilgrimage. I have an in-depth article about this, which you can read here. A pilgrimage is an often lengthy trip to a place of particular significance to your religion. An example of this is Muslims visiting Mecca, or Catholics heading to Lourdes. You can find some other religious tourism activities below…

A missionary is a person sent on a mission by their religion. They are sent to an area in order to promote this religion, and also provide services that this area may need. The most famous missionaries are members of the evangelical church, a branch of Christianity. The term comes from the Bible, when Jesus himself used it to refer to sending his disciples to preach the gospel in his name. However, the term’ missionary’ can be used in relation to any religion.

The most popular form of religious tourism is sightseeing. This is something which many people do, regardless of their particular religion. Every year, over 5 million people visit the Vatican – and they are not all Catholics heading there to pray or connect to the religion. They are also people who are interested in art and architecture, or history buffs, or people who want to tick ‘visiting the world’s smallest country’ off their bucket list.

The same goes with people visiting other religious sites. They may not necessarily be religious themselves. Many are, of course, and visit these sites for reasons similar to why people go on pilgrimages. They want to connect with other people of the same religion, or visit a place that is important to the religion itself.

There are many places you can go if religious sightseeing is something you enjoy. You’ll find some popular ones below!

Pretty much every town and city across the globe has a church, mosque, temple, cathedral or synagogue (and so on) – which means religious tourism can take place anywhere. There are some places, however, where it is much more prominent than others.

Religious tourism in India is huge. Spirituality is a massive part of Indian culture, with the main religion being Hinduism. 79.8% of the population identify as Hindu, with 14.2% practising Islam and 2.3% being Christians. Sikhism and Buddhism, while not as popular in India now, were both actually founded here.

With that in mind, there are many places of religious importance to visit in India.

Haridwar and Varanasi are two famous religious places in India, and have been since ancient times. They are two sites with a lot of significance in Hinduism. Haridwar is where the River Ganges exits the Himalayan foothills, and there is a nightly river worshipping ceremony held here. Tiny flickering lamps are floated off the steps of the sacred ghat here. Varanasi is believed to have been the home of Lord Shiva, a prominent figure in Hinduism. Varanasi sees many pilgrims visiting in order to purify themselves by bathing in the River Ganges at sunrise.

There are also hundreds of beautiful churches, temples and mosques across the country which make for wonderful sightseeing.

Religious tourism in the Philippines

The Philippines is a predominantly Catholic country. 83% of residents are Roman Catholic, with other branches of Christianity being the next popular religion followed by Islam. There are many Catholic sites you can visit as a religious tourist. These include:

When it comes to religious tourism, Italy is one of the best places. You’ll find so many churches, cathedrals, museums and historic religious sites to visit whether you are religious or not. Being the location of the Vatican, which is the heart of the Catholic Church, it comes as no surprise! Statistics show that Italy is home to at least 1,500 shrines, 30,000 churches, and 700 diocesan museums. As well as this, there are a large number of monasteries and convents across the country.

Assisi is one of the most important places in Italy for religious tourism. This is where St Francis (patron saint of Italy) lived! His remains are buried at the basilica here.

Loreto is another important destination. People come here to visit the Basilica della Santa Casa, home to some of the relics of the holy house of Nazareth. Legend says this is the house where Mary would have grown up – and where she would have received the message of Jesus’ birth.

Rome, of course, is where you can go to visit the Vatican. St Peter’s Square is an incredibly important destination for religious tourism, as people flock here to catch a glimpse of – or be blessed by – the Pope.

More than half of tourists visiting Israel are religious tourists. Home of the Holy Land, it is no wonder that so many Christians and Jews come here. Recent statistics show that:

Within these regions, there are so many places to see which are of religious importance to Christians and the people of the Jewish faith. These include Via Dolorosa, the Western Wall, Mount of Olives, the Church of the Nativity, the Church of the Annunciation and many more.

There is a lot of religious tourism in Turkey too. Here there are many churches, mosques, mausoleums, crypts and so on. Religious tourists can visit the ‘first church in the world’, which is the Church of Saint Peter. Located near Antakya, it is a cave carved into the mountainside. Saint Nicholas lived in Turkey, too, so there are various locations linked to him – including the alleged site of his burial in Demre.

It’s not just Christianity that is so present in Turkey. There are so many Islamic sites of importance across the country too. Istanbul is home to the only remaining items of clothing of the prophet Muhammad; there are beautiful mosques in every area of the country, and you’ll be able to hear the call to prayer wherever you are.

Poland is another destination which is popular for religious tourism. One very popular site is the Pauline Monastery on Jasna Góra in Częstochowa. This is where tourists can find the blessed icon of the Black Madonna, worshipped globally. Wadowice is the birthplace of Pope John Paul II – and there is a lot of information about him in Krakow too, as the two places are relatively close. Generally, the country has many beautiful churches and monasteries. These make for brilliant sightseeing trips, a major part of religious tourism as stated above.

If you have enjoyed this article, I am sure that you will love these too!