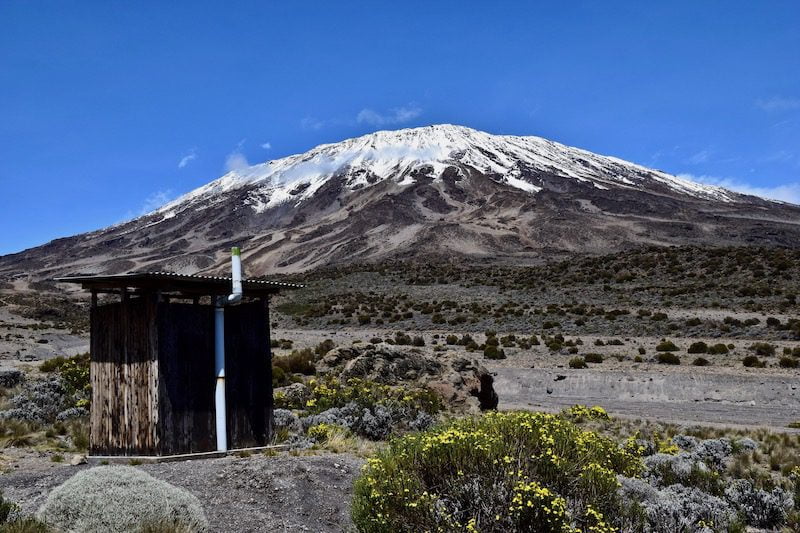 My Love-Hate Relationship with Mount Kilimanjaro People told me I was crazy for signing up to climb Mount Kilimajaro. Looking back on it they were probably right- I blame my post-pregnancy hormonal, emotional and slightly less slender than I would like self. I hate the cold, I’m scared of heights and I have a mild case of cleanliness OCD… so why on earth would I sign up to spend a week enduring all of these things?

Actually, this isn’t the first time I’ve questioned an impulsive (and irrational?) decision to take on such an endurance. In 2015 I completed a tough mudder race (see my post- tough mudder- 5 reasons for and against). This was one of the most physically challenging things I have ever done, if not the most challanging, but the psychological reward that came from reaching the finish line over-ruled any prior difficulties. So why do I sign up for such things? The answer is motivation.

This time last year I was feeling fat and sluggish. I’d spent nine months eating way too many donuts and I’d done literally no exercise while I was pregnant. In the lead up to my wedding (you can read all about my Thai-Asian themed wedding here) I committed myself to tough mudder to motivate me to lose weight and after having a baby my motivation was to become fit enough to climb a mountain.

Climbing Mount Kilimajaro was most certainly a unique experience. Never have I smelt so bad or had such greasy hair. Thank goodness for head bands, bandanas and hats that’s all I can say. Three weeks later and my toes are still bruised from kicking so many stones on the descent. Despite having to use squat and long-drop toilets on many occasions throughout my travels, I had managed to avoid using them for a ‘number two’ up until my mountain climb- I have slightly stronger thigh muscles than I did when I left… and thank goodness I had a great affordable and quality hiking backpack, because I had to carry it A LOT.

In turns out my fear of heights was unwarranted on this trip because unlike when I climbed Mount Toubkal, there were no ridges. My fear of the cold, on the other hand, was definitely justified. For me, dealing with the cold was probably the most challenging part of the Kilimanjaro climb. We had five nights of camping on the mountain, four on the way up and one of the way down. When I was freezing on the first night I knew things were going to get tough- the higher you are the colder you are. The final night was the hardest and I slept in literally all of my clothes and zipped my sleeping bag up over my head. I was glad that we would be woken up at 11.30pm for the summit! The last thing that many people have to contend with on the mountain is altitude sickness. I was really lucky in that I didn’t get much more than a few headaches and general feeling of tiredness. Some people suffer far worse and I saw several people being rescued and who could not make it to the summit. I took small doses of Diamox when I started to feel the effects of the altitude which made my fingers, toes and randomly my chin tingle uncontrollably, it was like having constant pins and needles and was very uncomfortable. A small price to pay to be able to reach the summit some might argue… Reaching the summit was a truly magical moment. I had missed my baby girl so much the last few days and I had told myself that if I don’t make it to the top then I have been apart from her for all this time for no reason- she was my motivation through and through! Whilst I was concerned that my fitness might not be good enough, in actual fact this was nothing to worry about. For me the psychological battles were far greater than any physical exertion.

My guide told me that experts have predicted the snow on Kilimanjaro will be gone by 2020… that’s in just two years time! This was hard to believe given the amount of pristine, untouched snow covering the mountain top and the crater. The views were incredible. From day three onwards we were above the clouds. It was like we were in another world, so peaceful, so natural and so far away from every-day life. It’s rare that I am awake for sunrise at home, but I got to see this beautiful sight every single day on the mountain. I got to see the true wonders of nature on the mountain, from the picturesque streams to the changing climatic zones. But the biggest reward was, of course, reaching the top. It is claimed that the success rates vary anywhere from 60-80%, largely due to altitude sickness, so knowing that it is not guaranteed that you will reach the summit makes it all the more special when you do. At one point my husband and I, along with our two guides, were the only people on top of the mountain. We were literally the highest people in Africa. How many people can live up to this claim?

All in all I would definitely recommend climbing Mount Kilimanjaro. Yes, it’s hard work and there are many home comforts that you will go without. But this is exactly why it is such a rewarding experience, some even claim that it is life-changing. And we couldn’t have done it without the help of our fantastic guides at Tro-Peaks Adventures. Are you considering taking on the challenge? I’d love to hear your plans!!

For more on my Kilimajaro climb check out my YouTube video below!