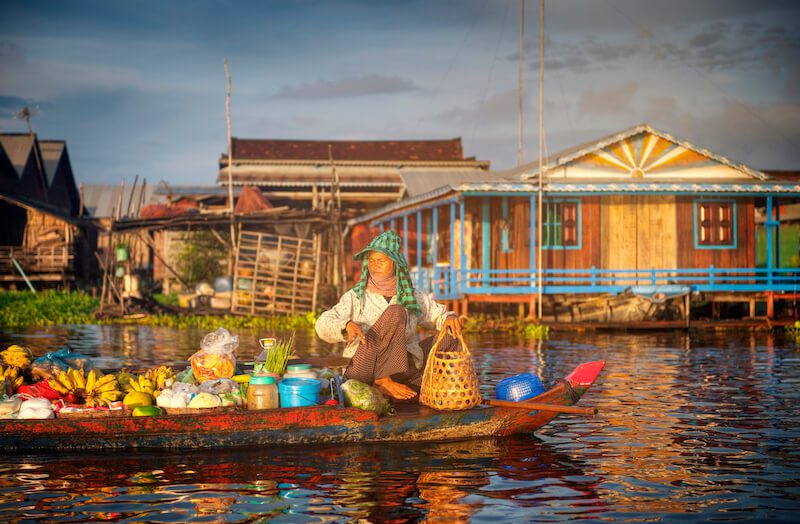 What is modernization theory?

Modernization theory is a societal theory linked to how societies progress. It examines the internal factors of a country, assuming that with some assistance the more ‘traditional’ countries can develop in the same manner as ‘more developed countries’.

Modernization theory took the ideas of Max Weber, a German sociologist, who was examining the role of rationality and irrationality as societies transition from traditional to modern. Later, Harvard sociologist Talcott Parsons provided his own interpretation of modernization. The theory rose to prominence in the 1950s and 1960s.

The theory focuses on richer and more developed – or more modern – countries, suggesting that an increase in technology will make ALL nations wealthy, especially if poor nations are able to follow the path of these richer countries. One of the overarching ideas is that richer countries are the solution to poverty.

In order to understand this, we must first look at what traditional and developed countries are, and how they differ. This is subjective, of course, but there is some manner of official classification involved. The UN themselves say The designations “developed” and “developing” are intended for statistical convenience and do not necessarily express a judgement about the stage reached by a particular country or area in the development process.

What is a traditional country?

A traditional country is also referred to as an undeveloped country. According to the United Nations, these countries show the lowest indicators of socioeconomic development. They also have the lowest Human Development Index ratings globally.

What is the Human Development Index?

This is a scale created by Pakistani economist Mahbub ul Haq. The HDI, as it is known, is an index which measures life expectancy, education, and per capita income. Countries score higher where the life expectancy or lifespan is higher, where education levels are higher, and where the gross national income per capita is higher.

So, traditional or undeveloped countries score lower on the HDI. They also must meet three criterias to be officially classed as one of the least developed countries. These are poverty (e.g the gross national income per capita is below $1025), a weakness in human resources like health, education and literacy, and economic vulnerability due to a variety of reasons such as agricultural instability and high levels of natural disaster displacement.

Some examples of the least developed countries, according to the United Nations, are:

What is a developed country?

Developed countries are on the opposite end of the scale. They generally have a high quality of life, a developed economy, and an advanced technological infrastructure. There are more criteria to tick in order for a country to be officially classed as developed. These are:

However, these differ slightly depending on which index or classification you are examining at the time. They generally follow a similar pattern, and most lists have the same countries on. Some of these include:

How does modernization theory work?

When we talk about modernization theory in relation to traditional and developing countries, it means two things. One is that theory attempts to identify which social variables contribute towards social progress. Secondly, it tries to explain the process of social evolution. It examines both the process of change as well as the responses to this change while looking at internal dynamics AND social/cultural structures alongside the adaptation of new technologies.

According to Rostow, an American economist, modernization of a country follows linear stages. These are said to be:

This lays out a growth progression: countries start with simple or traditional values, beliefs and attitudes. Thanks to advances in technology, countries start to become more modern – in turn, they grow their economy and education improves. We can examine each of these stages in more detail, too…

This is where there is limited technology, or none at all. Society relies on what is known as ‘subsistence agriculture’ – Britannica describe this as a form of farming in which nearly all of the crops or livestock raised are used to maintain the farmer and the farmer’s family, leaving little, if any, surplus for sale or trade. Pre-industrial agricultural peoples throughout the world have traditionally practised subsistence farming. Some of these peoples moved from site to site as they exhausted the soil at each location.

There is limited ability for economic growth, and no centralised nation or real political system in place. As the start of this scale, this is where all societies or countries start off.

The Pre-conditions for Take-off

This is when the economy starts to change due to an external demand for raw materials; commercial agriculture falls into place and we start to see investment into infrastructure to help this such as irrigation systems or canals. With this comes the first wave of technological advancements, which become more widespread over time.

Because of this, the social structure or status quo starts to change. We begin to see individual social mobility e.g people climbing the social ladder and becoming of a higher class, perhaps. This coincides with a national identity – with shared economic interests – being developed.

Next comes the take-off itself. It’s a bit like a snowball picking up pace and growing as it does; everything becomes more widespread, like urbanisation and industrialisation. The nation starts to make technological breakthroughs around this point, too.

There becomes a quick shift towards producing ‘goods’ rather than just producing enough to sustain the community. It is said that textiles is usually the first industry to ‘take off’ (hence the name of this stage) when a country is developing.

According to Class Zone, the Industrial Revolution that began in Britain was spurred by a revolution in technology. It started in the textile industry, where inventions in the late 1700s transformed the manufacture of cloth. The demand for clothing in Britain had greatly increased as a result of the population boom caused by the agricultural revolution. These developments, in turn, had an impact worldwide. For example, the consumption of cotton rose dramatically in Britain (see graph at right). This cotton came from plantations in the American South, where cotton production skyrocketed from 1820 to 1860 in response to demand from English textile mills.

The Drive to Maturity

At this point we start to see a much larger-scale investment in social infrastructure. This means building schools and universities, hospitals and housing and so on. The transportation infrastructure of the nation develops very quickly during this stage too. Industry is diversified – new industries find their feet as existing ones continue to expand. On top of this, the focus of a country’s manufacturing will shift from being driven by investments (e.g creating capital goods) towards focusing on domestic consumption and consumers.

The Age of Mass Consumption

This is the final stage of Rostow’s scale of modernization theory. At this point it is normal to see mass consumption of high-value consumer goods like cars, smartphones and so on. Consumers aka citizens generally have disposable income which allows them to spend beyond just covering their basic needs. Society in itself is more urban now; e.g there has been a move away from living in urban settings like on farms – people now live in cities or the in-between spaces known as suburbs.

The industrial base now completely dominates the economy. The primary sector of each nation (e.g what they produce and export the most of) holds the most weight or importance for society and the economy.

Modernization theory, whichever way you look at it, suggests that all countries do and should follow this pattern.

No theory is without its criticism, and modernization is no exception to this. It has been widely criticised by many, as it applies a Western-centric structure and way of living globally. It is said to disregard indigenous culture – even going so far as to say it should be destroyed, really. Andre Gunder Frank and Immanuel Wallerstein are two scholars who have pointed this out. It has been said that every society is modern because it still exists – so critics say that modernization theory calling non-Western nations primitive and therefore inferior.

Because the term modernization has been used interchangeably with other academic and sociological terms such as ‘development’, ‘liberalisation’ and so on, it can be difficult to pinpoint exactly what people mean when they use it in writing or conversation, or even policy, if they are not explicit. The term has become imprecise and so, many argue, pointless or simply wrong.

Another criticism suggests that this way of thinking is too binary. It looks at traditional vs modern and while Rostow does present a scale, many have suggested it is unhelpful to categorise nations into these two boxes alone. This is because there are many factors which have an impact on the development of a country.

If you found this article about the modernization theory helpful, I am sure that you will like these too-