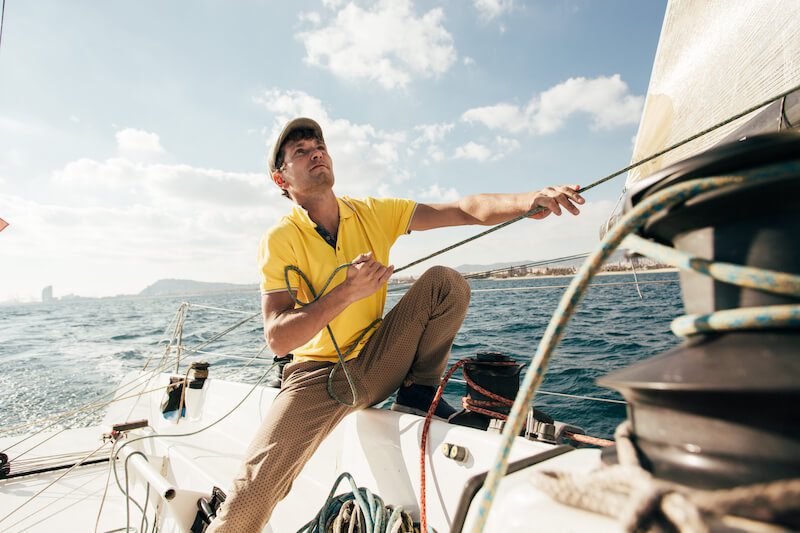 Who was Mark Twain?

Mark Twain was a famous writer, adventurer and social critic. Born as Samuel Clemens, he later changed his name to Mark Twain and went on to write the famous novels ‘Adventures of Tom Sawyer’ and ‘Adventures of Huckleberry Finn.’

Did Mark Twain travel the world?

Mark Twain wasn’t just an author though, he was also a world traveller (hence why I am writing about him on this travel website!). The best Mark Twain travel quotes naturally come from his travels around the world.

The best Mark Twain travel quotes began to emerge during his ﬁve-month-long visit to Hawaii (not yet a U.S. territory) in 1866. But this was just the beginning for Mark Twain, over the coming years he-

Many of the famous Mark Twain travel quotes come from his writings that were based on his experiences of travelling around the globe, namely The Innocents Abroad, A Tramp Abroad, and Following the Equator.

So, you came here to find out what are the best Mark Twain travel quotes, right? Well, lets take a look-

“Consider well the proportion of things. It is better to be a young June-bug than an old bird of paradise.” — “Pudd’nhead Wilson,” 1894

“It is curious — the space-annihilating power of thought.” — “Following the Equator,” 1897

“Travel is fatal to prejudice, bigotry, and narrow-mindedness, and many of our people need it sorely on these accounts. Broad, wholesome, charitable views of men and things cannot be acquired by vegetating in one little corner of the earth all one’s lifetime.“

“The gentle reader will never, never know what a consummate ass he can become until he goes abroad.” – The Innocents Abroad

“There is no unhappiness like the misery of sighting land (and work) again after a cheerful, careless voyage.”

There are some Mark Twain travel quotes that are particularly famous, lets take a look at some-

“Always obey your parents when they are present.”

“May you always keep your youth.”

“There is no sadder thing than a young pessimist‚ except an old optimist.”

“Always respect your superiors; if you have any.”

“Man is the only animal that blushes. Or needs to.”

“Do your duty today and repent tomorrow.”

“Books are the liberated spirits of men.”

“It liberates the vandal to travel — you never saw a bigoted, opinionated, stubborn, narrow-minded, self-conceited, almighty mean man in your life but he had stuck in one place since he was born and thought God made the world and dyspepsia and bile for his especial comfort and satisfaction.”

“I have found out that there ain’t no surer way to find out whether you like people or hate them than to travel with them.”

“The secret of success is making your vocation your vacation.”

“…nothing so liberalizes a man and expands the kindly instincts that nature put in him as travel and contact with many kinds of people.”

“One must travel, to learn. Every day, now, old Scriptural phrases that never possessed any significance for me before, take to themselves a meaning.“

“Travel has no longer any charm for me. I have seen all the foreign countries I want to except heaven & hell & I have only a vague curiosity about one of those.”

“To forget pain is to be painless; to forget care is to be rid of it; to go abroad is to accomplish both.”

And Twain wasn’t all about the Mark Twain travel quotes, he did also say some pretty useful stuff about life in general, here are some of my favourite Mark Twain quotes about life-

“Never argue with stupid people, they will drag you down to their level and then beat you with experience.”

“Kindness is the language which the deaf can hear and the blind can see.”

“The secret of getting ahead is getting started.”

“To succeed in life, you need two things: ignorance and confidence.”

“A half-truth is the most cowardly of lies.”

“The fear of death follows from the fear of life. A man who lives fully is prepared to die at any time.”

“You can’t depend on your eyes when your imagination is out of focus.”

Life and death are the only two certainties in life and Mark Twain had some great quotes that reflected this too. Here are some of the best Mark Twain quotes about death-

“Let us endeavor to live that when we come to die even the undertaker will be sorry.”

“We owe a deep debt of gratitude to Adam, the first great benefactor of the human race: he brought death into the world.”

“Thousands of geniuses live and die undiscovered — either by themselves or by others.”

“Do the thing you fear most and the death of fear is certain.”

“We never become really and genuinely our entire and honest selves until we are dead — and not then until we have been dead years and years. People ought to start dead and then they would be honest so much earlier.”

“All say, “How hard it is that we have to die” — a strange complaint to come from the mouths of people who have had to live“

“The fear of death follows from the fear of life. A man who lives fully is prepared to die at any time.”

Mark Twain quotes about courage and being brave

In his day, Twain was a pretty brave man to go exploring the world in the way that he did! So it is no surprise that there are some great Mark Twain quotes about courage and being brave, here are some of the best-

“It is curious — curious that physical courage should be so common in the world, and moral courage so rare.”

“Courage is resistance to fear, mastery of fear — not absence of fear. Except a creature be part coward, it is not a compliment to say he is brave; it is merely a loose misapplication of the word.”

“With courage you will dare to take risks, have the strength to be compassionate, and the wisdom to be humble. Courage is the foundation of integrity.”

“In the beginning of a change the patriot is a scarce man, and brave, and hated and scorned. When his cause succeeds, the timid join him, for then it costs nothing to be a patriot.”

“To believe yourself brave is to be brave; it is the one only essential thing.”

“The miracle or the power that elevates the few is to be found in their industry, application and perseverance under the promptings of a brave, determined spirit.”

Mark Twain quotes from his books

“Whenever you find yourself on the side of the majority, it is time to reform (or pause and reflect).”

“′Classic′ – a book which people praise and don’t read.”

“Never put off till tomorrow what may be done day after tomorrow just as well.”

“The man who does not read has no advantage over the man who cannot read.”

“Don’t part with your illusions. When they are gone you may still exist, but you have ceased to live.”

“What would men be without women? Scarce, sir…mighty scarce.”

“Wrinkles should merely indicate where the smiles have been.”

And we all need a good laugh sometimes! While many of Mark Twain’s quotes were very seriously, there are some funny Mark Twain quotes too, here are some of the best-

“God created war so that Americans would learn geography.”

“All of us contain Music & Truth, but most of us can’t get it out.”

“Honesty is the best policy – when there is money in it.”

“But who prays for Satan? Who, in eighteen centuries, has had the common humanity to pray for the one sinner that needed it most”

“Do the right thing. It will gratify some people and astonish the rest.”

“Politicians and diapers must be changed often, and for the same reason.”

If you enjoyed this article on the best Mark Twain travel quotes, I am sure that you will love these too!