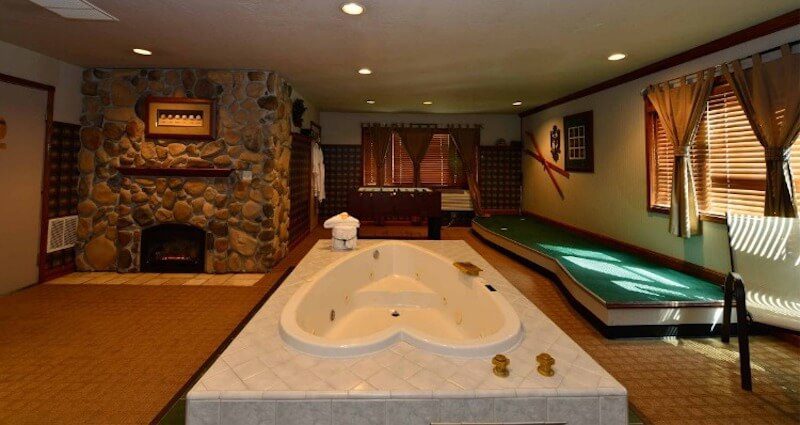 Love motels: What, why and where

Love motels are a prominent part of the sex tourism industry worldwide. But what is a sex motel? If you are interested in learning more about this unique type of accommodation, read on! In this article I will explain what a sex motel is, what a sex motel looks like and how to book a room in a sex motel. I will also give you some examples of places around the world that are popular or well-known for their sex motels.

What is a love motel?

As the world sees a rise in sex tourism, it is also seeing a rise in love motels.

As the name suggests, love motels (or love hotels) are short-stay hotels which operate for the purpose of allowing their guests privacy to engage in romantic or sexual activities. Often they are just rented for an hour or two.

Love motels exist worldwide. However, the name actually originates from Hotel Love in Osaka, Japan, which was built in 1968.

Love motels are incredibly popular in Japan, which will be examined later on in this blog post; but they are also gaining popularity around the world. Nonetheless, the idea started in Japan and remains a huge part of Japanese culture and economy to this day.

For the most part, love motels look like other hotels.

Love motels are often distinguished by the use of love hearts in their signage and branding. Some love motels are more garish – think neon signs, castle-shaped buildings or even hotels built to look like UFOs. These love motels tend to be a bit more expensive, and the inside decor reflects the price. From rotating beds to karaoke machines in the rooms, to changeable mood lighting and ceiling mirrors to get customers in the mood, the interior design is something that distinguishes love motels from regular hotels.

With discreet entrances and, oftentimes, a pane of frosted glass separating customers and staff (when booking a room, for example), privacy is maximised. Love motels often have very few windows. Some don’t actually have any windows at all! This is especially true of the more low-key love motels, rather than the ones that draw attention to themselves. However, privacy is taken seriously in these love motels too.

Are love motels different to other motels?

Motels are typically designed for motorists. They are small, and rooms can be accessed directly from the car park. Love motels are typically motels aimed at couples or those planning to engage in casual sexual activities. They are different from love hotels in that they are generally not in the city centre or in an urban area. Generally, you would need to drive to get to a love motel.

There is not much difference between a love motel and a love hotel, other than their location. The two terms are often used interchangeably within the industry. If you’re visiting a city you might choose a love hotel, but if you’re staying further out you’d be more likely to visit a love motel.

As previously mentioned, privacy is taken seriously at love motels. There is minimal interaction with staff. You can select a room from a panel of buttons and screens, and there are machines to settle the bill. Where staff interactions are necessary, they often take place with a screen of frosted glass in between the customer and staff member.

You can book love motels online (take a look at this example). However, as they tend to be booked by the hour and usually on the spur of the moment, booking them online makes little sense and works out more pricey. But booking online, or at least looking at love motels online, means you can see reviews from previous travellers. Booking online also allows tourists to find out whether the love motel has elements such as free pornography, comfortable beds, soundproofing, free flavoured condoms, drinks, snacks and more.

One of the big distinctions between a typical motel and a love motel is that they really tend to cater to those who book with romantic or sexual activities in mind!

TIP: if a hotel says ‘adults only’ and it isn’t a spa resort, chances are it’ll be a love motel. Check the reviews to make sure!

Where you can find love motels around the world

Love motels are found throughout the world. Here are some of the most common places that you are likely to find them-

Love hotels are most popular in Japan. This is where they originate, and they provide a huge economical boost to the country. The annual revenue from love hotels in Japan is an estimated $40 billion+ which is double that of the country’s anime market.

There are approximately 37,000 love hotels across Japan. Studies show an estimated 500 million annual visits to these establishments; this is equivalent of around 1.4 million couples visiting a love hotel each day.

It is said that love hotels can be traced back to the 17th century in Japan. Some teahouses and inns in Edo and Kyoto were actually love hotels with discreet entrance and exits; modern love hotels were a natural progression as time went by.

In the 1960s when cars were introduced, motels came along. Because of the typical Japanese housing style, where sleeping areas were used as common areas during the day, there was really very little opportunity for couples to engage in sexual activities at home.

As a result, people drove to motels, or visited love hotels, and soon the two concepts merged. Love motels are not as common as love hotels, but they are still a major player in the Japanese tourism industry.

But you’ll find many of these motels in places other than Japan, too…

Love motels appeared in South Korea in the 80s.

While historically seen as seedy, they have been upgraded over the years and are now clean and modern; many sexual elements have been removed from the decor to appease local residents, which is where they often differ from Japanese motels.

It is said that the 1988 Seoul Olympics were a major factor in the popularity boom of these motels in South Korea. As well as this, many young adults in South Korea still live with their parents. This means private time with partners can be hard to come by, which adds to the popularity of the motels here.

The main place you’ll find love motels in South Korea is still Seoul; specifically, the Sinchon, Jamsil and Jongro areas. These are big nightlife neighbourhoods. The hotels won’t generally advertise themselves as a ‘love motel’ from the outside, but they do tend to be quite garish so you can distinguish them. Some are themed, and though they tend to be more expensive they add an extra element of fun.

The Poseidon Motel is the most popular sex motel in South Korea- check it out here!

With the popularity of sex tourism in Thailand, it is no surprise that love/sex motels are popular. There are around 100 in Bangkok alone . Love hotels have existed in Thailand since around 1935, and while the government no longer issues permits for new love motels to be built, some businesses are able to work around these restrictions.

Canada had a love motel which both opened and closed in 2019. It was a Japanese-influenced temporary project, and offered an authentic experience. It no longer exists, but it was called the Tokyo Love Hotel. They offered three different fantasy rooms, adult goodies, and discretion for all guests.

Singapore, Taiwan and Hong Kong also have plenty of these motels. India also opened its first love motel in 2015. Guatemala has autohotels, and Chile have their concept of a hotel parajero which translates to couples’ hotel.

The Dominican Republic, Panama, Argentina and Uruguay all have their own versions of these motels. In Panama, love motels can only be entered if you’re in a car – you drive directly into the garage, and there is a button which you push to unlock and enter the room itself. Because of this, they are often referred to as push buttons.

Mexico, Brazil, Puerto Rico and Colombia all use the word motel exclusively for love hotels. There are 5000 in Brazil alone, and they are part of the typical urban landscape. Love motels are popular here, and associated with both eroticism and romantic love.

Nigeria have their ‘short time’ hotels, which are few and far between as well as being somewhat dingy. Other hotels offer the service, too.

America and Canada have many motels. While they don’t have specific love motels, they have plenty of no-tell motels and hot-sheet joints. Sex hotels tend to different from love motels in that they are seen as more seedy, and don’t have the themed rooms or discretionary tactics that are common in (especially Japanese) motels. They are becoming less popular, though. This is because many now require identification when booking/arriving, which takes away from the secretive nature of these motels.

As you can see, love motels are big business! Whilst more popular in some parts of the world than others, there is a clear demand for sex motels worldwide. There is an evident correlation between private and reserved cultures when it comes to intimacy (e.g. Thai, Japanese, South Korean) and the presence of sex motels. And whilst many may perceive this to be a seedy industry, to others it is a simply a location where they are free to be intimate with their loved ones.