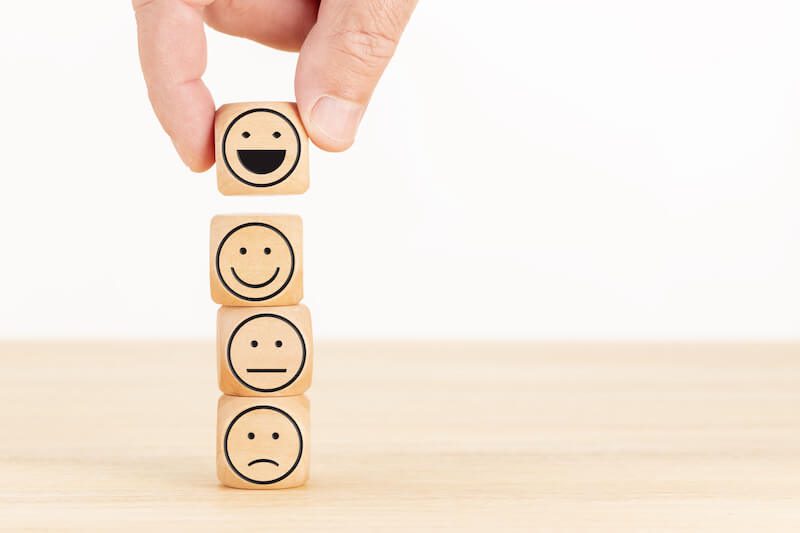 If you are wondering what the likert scale is and how it work, then you have come to the right place! Whether you are about to do a research project or dissertation, conduct some market research or do some quantitative data analysis, I will teach you everything that you need to know in this article!

What is the Likert scale?

The Likert scale is a psychometric scale. It is primarily used in research involving questionnaires, which is why you may come across it during your studies. The Likert scale is the most commonly used kind of scale when it comes to this type of research, so much so that the term is used interchangeably with ‘rating scale’ despite there being other types of rating scales.

The scale is named after psychologist Rensis Likert, who invented it. He achieved a PhD in Psychology from Columbia University and wrote many books about the topics of management, conflict, and applications of behavioral research.

How does the Likert scale work?

You will definitely have seen a Likert scale before. They are, generally, a 5-point scale used to measure responses to a statement. Each response has a numerical value attached, which is how the results are quantified and measured. One end of the scale will be a low or negative response whereas the other will be positive or a high response. They can be inverted: positive and negative responses can go at either end of the scale, while the neutral response will always be in the middle. It works on the basis or assumption that the strength of people’s attitudes is linear.

I enjoyed my stay at X Hotel:

As you can see, these are 5 points that stretch across a spectrum from, essentially, no to yes.

Other variations measured by the Likert scale

As well as statements of agreement, as shown above, the Likert scale can measure other variants. They are listed below with examples to ensure that this post makes the Likert scale simple to understand.

e.g: How often do you read travel blogs?

e.g: How important is free WiFi to you when travelling?

e.g: How good was the quality of the food in the airport executive lounge?

e.g: You use the swimming pool daily while on holiday.

e.g: How likely are you to recommend Tourism Teacher to your friends, family or co-workers?

e.g: How much do you approve of your government’s strategy regarding travel and Covid-19?

e.g: Are you aware of your country’s tourist board and what they offer?

e.g: What did you think of the way your passenger complaint was handled by the airline?

Hopefully all of these examples give you well-rounded knowledge of the Likert scale and how to phrase both questions and responses in your research.

How are findings measured?

When it comes to measuring your findings from a Likert scale, you will usually use the mode to summarise the data. This is where you are simply looking for the number (answer) which appears the most. This makes for easy interpretation! You can also find the median; this is where you put all of the data in order and find the middle point. But finding the mode makes more sense when analysing answers from a Likert scale.

You can then display your findings in a bar chart, and it will be obvious to you and anyone reading what the most common answer is.

Who uses this scale?

The Likert scale is used by so many people. It is used in questionnaires around the world, even by people who don’t know it has a name! Questionnaires are a big deal in any kind of research. According to Simply Psychology, they “provide a relatively cheap, quick and efficient way of obtaining large amounts of information from a large sample of people. Data can be collected relatively quickly because the researcher would not need to be present when the questionnaires were completed. This is useful for large populations when interviews would be impractical.”

Businesses such as hotels and restaurants use the scale to gauge customer feedback, as do schools and universities when looking for end-of-term responses. Independent research agencies use the scale in surveys and questionnaires when trying to build a bigger picture. For example, YouGov (a UK-based data analytics firm) uses the Likert scale to find out opinions of people living in the UK on everything from politics to popstars, cars to climbing walls, immigration to ice cream… They publish the data they have collected to give an overview of how the UK feels about a certain topic.

Advantages of using the Likert scale

One main advantage of using the Likert scale is that most people are familiar with it. It can also be super simplified, so instead of the 1-2 word responses above the scale could include faces that range from happy to sad – or numbers where 1 is a negative response and 5 is a positive response. Questionnaires using the scale are easy to participate in, which leads to a higher overall sample size. They are also versatile and can be sent via email or post, included in newspapers, given out in person and more!

The scale also does not ask for a concrete yes or no answer, so people feel like they are giving a more detailed response. And they are, in a way, but it doesn’t make collecting the data any more complicated for the researcher. They also accommodate neutral responses, so even if people aren’t sure what their answer is they can still give one. This means data can be more well-rounded instead of people skipping questions and therefore there being fewer samples.

Another huge advantage is simply that the data is quantifiable. The International Encyclopedia of the Social Sciences says “Quantification holds prominent advantages to scholars and policy makers. Its advocates believe that it increases precision and generalizability, while minimizing prejudice, favoritism, and nepotism in decision-making. According to this view, the decontextualized and valuefree mathematical symbols used in statistical analyses assist in achieving objectivity, stability, and fair judgment as decisions become more businesslike. In this sense the quantification and standardization of the social life have liberating and emancipatory effects.”

Disadvantages of using the Likert scale

There are some disadvantages to using the scale. One is that people’s attitudes are so multidimensional that it is difficult to capture how people feel in just 5 options on a questionnaire. Also, the space between each choice can possibly be said to be equidistant which means that the numerical data can’t be accurate.

People’s answers can be influenced by previous questions – especially with awareness responses – which leads to further inaccuracies.  People can also be fairly one-sided in their choices, or just click the same button each time out of laziness or boredom. Sometimes, people might also intentionally avoid clicking either of two end (and most extreme) options for fear of the negative connotations attached to ‘extremists’. And of course, researchers can never know if people are telling the truth in this or any other type of questionnaire! Individuals might lie in order to put themselves in a more positive light, regardless of whether or not the questionnaire is anonymous. The human brain works in strange ways!

If you enjoyed this article, I am sure that you will find these articles helpful too-