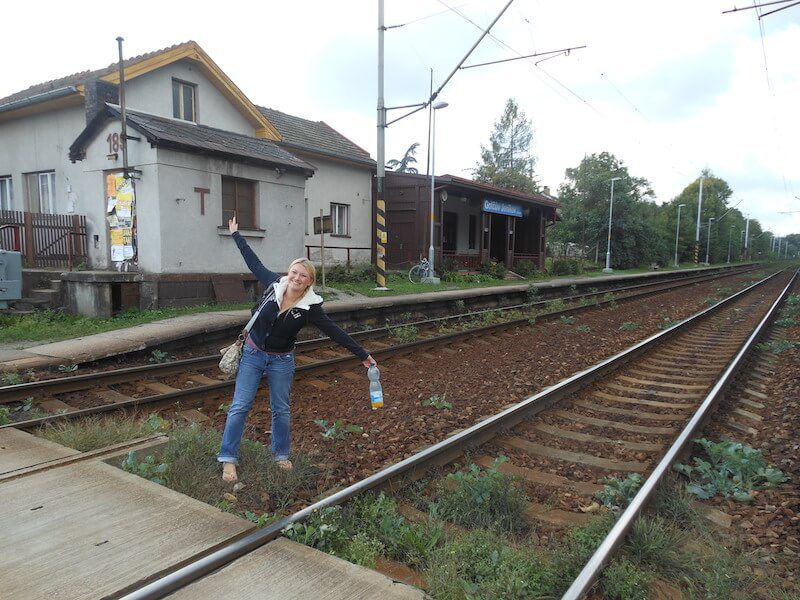 High speed rail UK is in its infancy compared to some leading destinations, such as Japan or China. Nonetheless, a lot of time and money is being invested into the high speed rail networks in the UK that will be of benefit to both tourists and locals. In this article I provide an overview of the high speed rail (UK) sector.

What is high speed rail?

High speed rail refers to train travel that is significantly faster than traditional rail traffic. It uses a special system combining rolling stock and dedicated tracks. No single standard applies to high speed rail worldwide, but existing lines that travel in excess of 120 mph (200 km/ph) and new lines that will travel in excess of 160 mph (250 km/ph) are considered to be high speed.

Because rail travel in Britain is privatised, high speed rail (UK) is provided by a variety of companies:

In 1899, the Great Central Main Line was opened. It was a project led by Sir Edward Watkin, a railway entrepreneur who envisaged a route from Liverpool to Paris. This didn’t happen at the time, and instead the route operated services between Sheffield and London. A dedicated express track began at Annesley in Nottinghamshire. This sped up the journey. The line had to be built to certain specifications which made it different from other railway tracks. Great Central Railway used the slogan “Rapid Travel in Luxury” to appeal to higher-class business travellers.

The advanced passenger train (APT) was conceptualised in the 1970s. British Rail wanted to explore their options for high speed rail, UK – and they didn’t want to have to build completely new tracks to do so. They developed a train which could run on their existing rail infrastructure. This was the APT, which had a top speed of 155 mph (249 km/ph). The APT-E actually game first, using a tilting mechanism and gas turbines. However, the 1970s oil crisis meant this type of motive power had to be scrapped; British Rail opted for traditional electric overhead lines, with APTs being brought into service in the late 80s. Rail travel is an important component of tourism.

Also known as HS1, High Speed 1 was the first new mainline railway to be built in a century. It is the Channel Tunnel Rail Link, which opened in the 2000s. From the mid-1990s, public enquiries and route selection were underway. It was a lengthy process, but worked started on Section 1 (from the Channel Tunnel to the west of the Medway) in 1998. This line opened in 2003. Section 2 continues the line to London St. Pancras; worked started on this shortly after, and it was open to the public from late 2007.

HS1 reduced journey time and increased reliability. The line was finished on time and, some say, under budget. However there are differing costs offered up when it comes to finding out much HS1 cost – it is somewhat of a controversial topic. Figures range from £5.8 billion to around £7.3 billon. This was more than double the cost of a similar project in France at around the same time.

HS1 is 67 miles long (108 km) and carries international passenger traffic between the UK and mainland Europe daily. Trains run up to 186 mph (300 km/ph) – it takes just 2 hours and 15 minutes to get from London St. Pancras to Paris Gare du Nord, and just 1 hour and 51 minutes to get from St. Pancras to Brussels-South in the Belgian capital. Eurostar provides these international services. HS1 is operated on an open-access railway basis; other passenger companies using the line include Network Rail and Southeastern.

Other information about HS1

HS1 is currently owned by InfraRed Capital Partners Ltd and Equitix Investment Management. It was sold in 2017 by the previous owners. These were two Canadian public pension funds (Ontario Municipal Employees Retirement System and Ontario Teachers’ Pension Plan), operating as an investment consortium.

Currently in the very early production stage, HS2 is the second venture into high speed rail, UK. HS2 Ltd is an executive non-departmental public body, sponsored by the Department for Transport. It will link Birmingham, Leeds, London and Manchester in a Y-shaped network. Tracks will run at up to 225 mph (260 km/ph). There will also be branch lines at Crewe and Sheffield; this means locations such as Edinburgh, Glasgow, Liverpool and Newcastle can be served by high-speed trains using a combination of HS2 and existing tracks at up to 125 mph (200 km/ph).

Where will HS2 serve?

Plans include upgrades for Manchester Piccadilly, Leeds and London Euston stations. Birmingham will have a new terminus called Birmingham Curzon Street. There will also be four more new stations. These are:

The original plans also intended to serve Heathrow Airport and provide a connection to HS1. Another station at Meadowhall in Sheffield (to connect with the M1 and local rail services) was planned too. However, these plans have been scrapped due to such high costs being involved.

Why was HS2 proposed?

HS2 is being created in order to increase the capacity of the rail network. Passenger numbers are ever-increasing as rail travel becomes more popular. It is a more eco-friendly way to travel, and as new jobs are created people tend to move around the country more. Not only will cross-country travel become easier, it also means that many express services can be removed from the existing railways. This in turn means that additional local services can run! So commuting in smaller areas will be much easier in the future, too.

Formal approval for construction companies to start working on HS2 was given on 15th April 2020. The first phase, linking Birmingham and London, is expected to be complete in 2029. The journey time will be reduced to approximately 52 minutes. It currently takes 1 hour and 24 minutes.

HS2 should be finished completely by 2035, with all phases done. Journeys to and from London are expected to be reduced by up to 38.8% – for example, Crewe to London is currently a journey time of 1.5 hours. When the second phase of HS2 is complete, the journey will take just 55 minutes. Similarly, the journey from Sheffield to London now takes 2 hours and 5 minutes. After the second phase of HS2 is complete, it should only take 1 hour and 19 minutes. This is the future of high speed rail, UK.

Below is a map of the proposed HS2.

There has been a lot of talk about the cost of HS2 since it was announced. Was there a need for such a costly high speed rail? UK citizens were unsure, and there were plenty of criticisms when the plans were unveiled. In August 2019 the government ordered a review of the project. The review was to look into the financial and environmental aspects of HS2. This was chaired by Douglas Oakervee, former chairman of HS2. The recommendations were given in February 2020: the project is to continue as planned.

So what will this new high speed rail cost? When it was originally budgeted in 2010, Network Rail estimated that it would cost between £30.9 billion and £36 billion. In 2013 it was given a budget of approximately £42.6 billion. The rolling stock was estimated to cost another £7.5 billion. As time passed and the costs were combined, as well as being adjusted for inflation, the 2015 budget for the project was £56.6 billion.

However, when Oakervee conducted his review in 2019 he found something different. With further inflation, his estimations were that the project would cost £80.7 billion – £88.7 billion in 2019 prices. Compared with the original budget, this is actually an increase of £18.3 billion – 26.3 billion, relatively. Currently the benefit-cost ration is between 1.3 and 1.5. This means that for every £1 spent on the project, between £1.30 and £1.50 worth of benefits will be provided.

As you can see, high speed rail is currently being developed within the UK. The two railways in the pipeline are HS1 and HS2. Whilst there is certainly some controversy over the money being spent on these railways and their environmental impacts, it will provide commuters an tourists alike with increased opportunities for domestic travel.

There are so many fascinating facts about Italy, from Italy's incredible landmarks to the history to the culture, there is plenty to learn about this wonderful country. Italy tops the list of many tourists with the world's most spectacular cities, soaring mountains,...