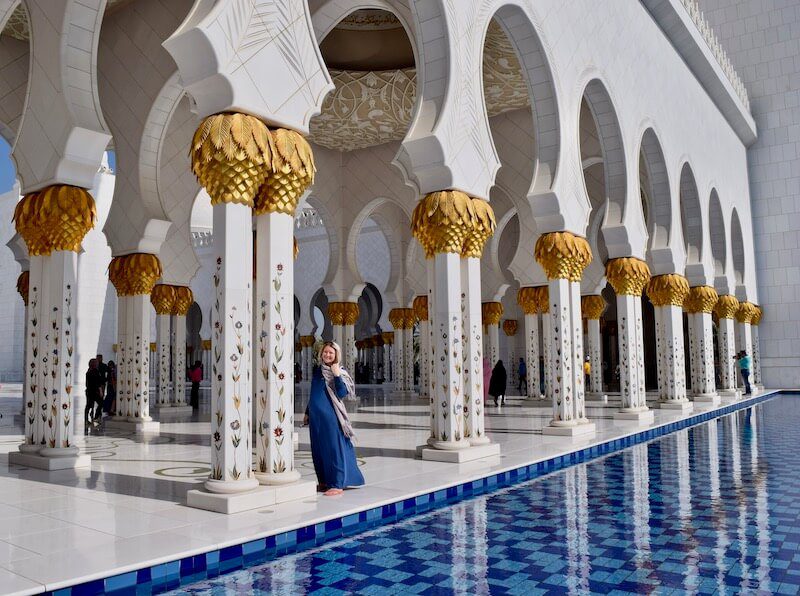 Halal tourism is rapidly growing in popularity alongside the reeligion itself – but what exactly is it, and what makes it so popular? Let’s find out!

What is halal tourism?

Halal tourism is a specific branch of tourism aimed towards people of the Muslim faith – it involves travel to halal-friendly destinations. These are usually specific places which don’t serve alcohol or pork, and have segregated swimming pools or spa areas meaning they abide by the laws of halal.

What does halal mean

But what exactly is halal? This is something which Muslim people follow. According to the Halal Monitoring Committee, it is: an Arabic term which means permissible or lawful in Islam. In reference to food, it is the Islamic dietary standard, as prescribed in the Shari’ah (Islamic Law). And in the Qur’an it directly contrasts to things which are haram, or not allowed: haram is another Arabic term which means impermissible or unlawful in Islam.

Halal most commonly refers to food. There are certain foods (animals) which Muslim people are allowed to eat, and on top of this they must have been slaughtered in a particular – halal – way. The following information is also provided by the aforementioned Halal Monitoring Committee.

The following animals are fit for Muslim consumption:

The aforementioned animals excluding fish and locusts will only be considered Halal when they are slaughtered according to the following guidelines:

Halal extends beyond meat. It also applies to certain ways of living. For example, in order to be halal one must not consume alcohol, or do anything else which is classed as being haram. This includes halal tourism, as will be explored in this blog post, and halal banking/finance – which involves banking and financial activities which are in compliance with Shari’ah law.

The growth of halal tourism

There has been a significant growth in the numbers of halal tourists in recent years. The Global Muslim Travel Index, produced by Mastercard in partnership with a research company called Crescent Rating, said that Muslim traveller arrivals grew from an estimated 108 million in 2013 to 160 million in 2019. It is widely documented that Islam is the fastest growing and also the most youthful religion across the world, so it is likely that we will continue to see growth on this scale if not more so.

It is the younger generation who are encouraging the growth of this sector. In the past, many Muslims would travel for pilgrimage or religious purposes. Young people, however, are more likely to want to explore places outside of this; to see more of the world and make holiday memories like their non-Muslim peers. Faiza Khan, a marketing lecturer, says that ‘you get this new, younger generation who may not necessarily want to keep going back to their home countries all the time. They’re more exposed to the world, and they want to see more. But they want to do it without compromising on some of their religious values.’

With this in mind, travel agents and tourism companies are capitalising on halal tourism and Muslim tourists, opening resorts which allow them to holiday in a way that is completely halal and aligns with their beliefs, religion and way of life.

Halal tourist resorts are hotels or whole resorts which cater to the halal way of life. This means they don’t serve alcohol, and the swimming pools are split into male and female-only. They often have a private beach and communal prayer rooms, and are usually in places where Islam is the most commonly followed religion.

There are sites which specialise in finding tourists a resort or hotel which is halal-friendly, such as HalalBooking.com and others. HalalBooking allows guests to narrow down their selection as to whether they want entirely alcohol-free properties, some or all halal food, the level of ladies’ privacy on offer and so on.

There are many destinations now offering halal friendly holidays. Below you’ll find some of the most popular, as well as a look at some places which don’t offer much in the way of halal tourism…

Indonesia has many resorts which are compatible with halal tourism. According to the 2010 census, 87% of the population there declared themselves to be Muslim – and there are at least five other religions present across the nation. With the high percentage of Muslims living here, however, it comes as no surprise that halal tourism is popular here.

According to HalalBooking there are 21 resorts which are completely alcohol free and only offer halal food. For example, three-star Sylvia Resort Komodo Labuan Bajo falls into this category and has a private-use wellness and spa facility, meaning only one family can use it at a time. It has mixed-gender pool and beach spaces allowing modest swimwear. All food is halal and there is no alcohol at the property. Another option is Ketapang Resort in Cisolok, which again only has halal food, doesn’t serve alcohol, and has a mixed-gender outdoor pool with modest swimwear allowed.

Islam is definitely the dominant religion followed in Turkey, with 90% of the population being Muslim. The sound of the call to prayer is one many tourists will associate with Turkey, and the country has many options for those looking for halal tourism.

HalalBooking showcases 54 options fitting the parameters laid out above: halal food only and no alcohol. One such hotel is the Wome Deluxe in beautiful Antalya. There is no alcohol on the property, halal food only and there are plenty of ladies-only areas such as a beach space, pool and spa. There are mixed-gender facilities too but for those wanting a female-only space, it is available.

Another option is the Villa Alya Boutique Hotel in Marmaris, offering private 3-bedroom villas each with their own secluded pool. There is also a mixed-gender beach with a modest swimwear policy. No alcohol is served here and all food is halal.

Croatia has seen a real growth in Muslim tourists coming over to visit; there has been an observed 40% growth in the number of visitors coming from the Middle East, Persian Gulf, and North Africa this year according to Total Croatia News in 2021. To this end, the Croatian tourist board is working alongside Iran to ensure halal tourism standards across the country.

While there aren’t many places to stay which are specifically catered towards Muslim travellers, there are still some halal-friendly places to stay in Croatia. They are mainly located in the capital, Dubrovnik. Hotel Aristos has a nice restaurant serving halal cuisine, while Valamar Lacroma Dubrovnik also offers halal food – their (free!) breakfast comes very highly praised. There are likely to be many more halal-friendly accommodation options popping up as Croatia and Iran work alongside each other.

Halal tourism in the Caribbean

Halal tourism is not something you’ll commonly find in the Caribbean. Islam is not a dominant religion in any of the Caribbean countries; it is at its highest in Surimane, though still only accounts for 15.2% of the populations’ religion.
The Palms Resort in Barbados offer a 100% halal experience. You’ll get a personal Muslim chef, there is a private pool for women, Quran tutoring, access to Muslim doctors should you need one and much more. The ‘Barbados Halal Experience’ website says: BHE is pleased to offer “The Palms Resort Halal Experience”.  These 100% Halal Experiences are specially designed holiday packages for the Muslim tourist who wishes a truly all-inclusive halal vacation on a tropical island at an affordable cost. All food items in the packages are prepared and handled under strict guidelines and are 100% certified halal by the local Islamic authorities.

There are a lot of hotels in Malta which have halal food on the menu. Again, it is not somewhere where you’ll find many specifically halal hotels; HalalBooking shows 219 hotels, but most only fall into the categories of ‘halal food on request’, or have private and secluded spas which in themselves are halal-friendly.
Villa Layla in Gozo, as with any self-catering property if you choose to have it this way, is labelled as a non-alcohol property. However, all villas and self-catered holiday stays can be alcohol-free if you just don’t bring any alcohol; this is not specifically done for halal tourism purposes! MYN in Rabat is a hotel which is alcohol-free however – but it doesn’t serve halal food. This means a halal holiday in Malta might not be so easily come by…

If you enjoyed this article on halal tourism, I am sure that you will enjoy these too-