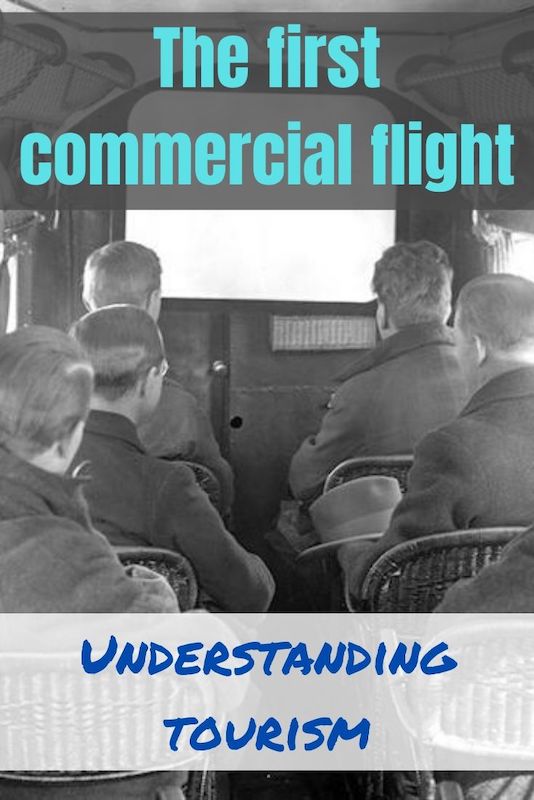 What is a commercial flight?

A commercial flight is part of civil aviation. In turn, civil aviation represents all non-military aviation (private and commercial). The majority of countries around the world are members of the ICAO – the International Civil Aviation Organization – who work together to ensure safe standards of flight within civil aviation.

So, commercial aviation refers to aircraft being hired to transport passengers or multiple loads of cargo. Commercial flights are incredibly common. With the growth of budget airlines, more and more people are able to fly to different countries for tourism purposes. Flights from the UK to Poland, for example, can often be found for as little as £15 GBP – so it’s no wonder that so many commercial flights are taken every year by those looking to travel and explore. Even trans-Atlantic flights can be affordable. The world seems to get smaller as the years go by and people have the option to visit countries that have always seemed faraway from their hometown. Brits visit places like Jordan, China and New Zealand; Aussies head to the funky capital cities of Europe and Americans explore Scotland and the UK on a regular basis.

Commercial flights are also used for transporting cargo. These planes, known as cargo aircraft, are designed in a different way to passenger planes. There are no real amenities, the doors are bigger and they have a high-mounted tail.

While commercial flights are now a daily occurrence and nothing out of the ordinary, there was a time where this was unimaginable. Prior to 1914, just over 100 years ago, there was no commercial aviation. This timeframe shows how incredibly fast the growth and development of aviation has been.

The first commercial flight took place on January 1st, 1914. The flight was on a Benoist airboat. It was a scheduled passenger airline service, and it operated between St. Petersburg and Tampa – two areas of Florida, USA. The fixed wing aircraft flew across Tampa Bay. This was a distance of around 23 miles and it took around 23 minutes. The plane was rarely higher than 5 feet above the water of Tampa Bay, but it was still an exciting milestone in the history of commercial aviation.

The St. Petersburg Times had generated plenty of interest in the first commercial flight. There were around 3000 spectators at the departure point, accompanied by an Italian band. Before the flight took off, there was an auction for the first round-trip ticket; this was won by the former St. Petersburg mayor, Abram C. Pheil, for a huge $400 USD. The flight was piloted by Tony Jannus.

After this first commercial flight, the SPT Airboat Line continued operations for a further 4 months. This ceased on May 5th, 1914. There were three airboats in the fleet, one of which was used to train pilots. Ticket prices for this route were £5 per flight, which was one-way; freight cos $5 per 100 pounds of cargo.

Since the first commercial flight, the SPT Airboat Line covered over 7,000 miles and ran 172 flights. They carried 1,205 passengers.

“Some day people will be crossing oceans on airliners like they do on steamships today” – Thomas Benoist, builder of Benoist airboats. And he was right!

Who was Tony Jannus?

The pilot of the first commercial flight was Antony Habersack Jannus. He was better known as Tony Jannus, and he was born in 1889. He died in 1916, just two years after he piloted the first commercial flight. Tony flew the first plane from which a parachute jump was made (1912) as well as embarking on the famous St Petersburg-Tampa flight in 1914. He made an impact on the world of aviation, and the Tony Jannus Award is now given to those who have proved ‘outstanding individual achievement in the scheduled commercial aviation industry’.

Jannus was employed as a boat engine mechanic and become interested flying after an airshow in Baltimore, Maryland, in 1910. He began flight training later that year at College Park Airport in Maryland. Jannus was a great pilot, and was the first to fly the Lord Baltimore II before becoming a test pilot for Thomas W. Benoist alongside is own brother, Roger Jannus, in late 1911. Tony’s achievements and his contribution to aviation milestones cannot be underestimated. He is a huge part of the history of commercial aviation.

What changed after the first commercial flight?

It would be easier to ask what hasn’t changed. There has been so much revolution and improvement in terms of commercial aviation – and a lot of it is owed to the first commercial flight and Thomas Benoist. The airline was a prototype for the global airline industry as we know it today. The 1920s and 1930s were a pivotal timeframe for commercial aviation.

During the 1920s, commercial flights became slightly more common. Everybody wanted to build on the success of that first commercial flight and keep the momentum going to create a popular way of travelling. It became incredibly common for mail to be transported via air – Western Air Expressed started carrying mail in April 1926, and by May they were also carrying small loads of passengers. Carrying mail and passengers was quickly becoming the norm. Some other early commercial airlines included Pan American Airways and KLM Royal Dutch Airlines. Lady Heath, the first female passenger-line pilot, flew in a KLM-owned Fokker aircraft in the ‘20s.

Flying during the ‘20s in the aftermath of the first commercial flight was very different to how it is today. Flights can be described as lavish – they were really only for the richest members of society back then, and passengers were waited on hand and foot. The food and drink was much fancier than what you would expect from ‘plane food’ today… The first in-flight entertainment was introduced in 1925 with passengers sitting around a single screen to watch The Lost World by Sir Arthur Conan Doyle on an Imperial Airways flight.

“Commercial aviation is the first industry inspired by hero-worship and built upon heros” – William P. MacCracken Jr, director of the Aeronautical Branch of the Department of Commerce, writing for Colliers in 1929. The Aeronautical Branch issued commercial pilot licenses and airworthiness certificates. They also investigated any air accidents.

Flights were not particularly comfortable during the 1920s. Similarly to the first commercial flight in 1914, planes could not reach a high altitude. Journey times were longer than they would be today, and there was a lot of noise and turbulence. It was still considered a great way to travel, it just didn’t run as smoothly as aviation does now.

According to the Smithsonian National Air and Space Museum, there were 6,000 air passengers in 1930. This apparently jumped to 450,000 passengers in 1934. Flying was becoming exponentially more popular and seemingly more accessible too. In-flight entertainment got better in the 1930s, with live radio broadcasts available from 1931.

Carrying on from the milestone of the first commercial flight, 1935 saw Qantas’ first overseas flight. It carried airmail from Darwin to Singapore; Imperial Airways picked it up here to take it to Britain. This flight laid the foundation for future travel between the UK and Australia with layovers. Another milestone was the introduction of the trans-Atlantic flight; Pan American Airways were one of the first with their Yankee Clipper, which took 21 passengers from the USA to the UK in 1939.

The Douglas DC-3 had its first commercial flight in 1935. It changed the game in terms of commercial aviation; bigger, faster and much more comfortable than its predecessors, the big airlines all wanted a Douglas DC-3 in their fleet.

Flying is now so much more convenient and comfortable. However, we owe a lot of modern day commercial aviation to that first commercial flight and the way things improved over the next two days.

The first commercial flight: To conclude