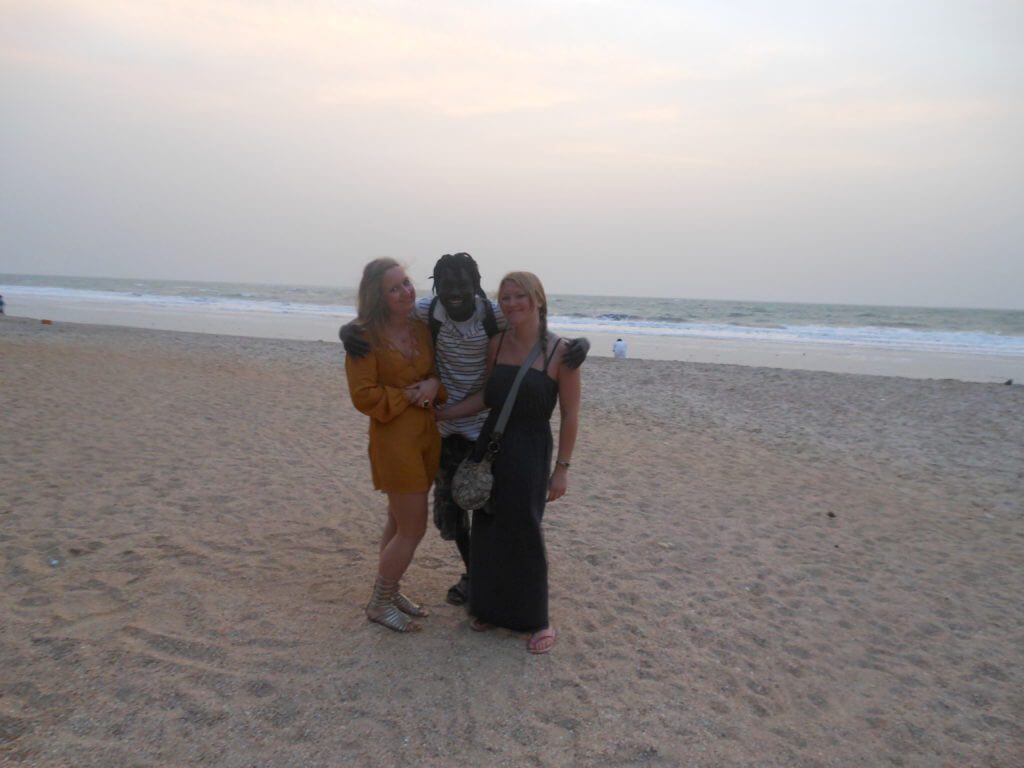 Female sex tourism. What does it mean and where does it happen?

Female sex tourism is a concept that many people have either never heard of or know little about. But the female sex tourism industry is actually bigger than most people realise. From the Caribbean, to Spain, to the Gambia, women are travelling to destinations around the globe to partake in sex tourism activities.

Sex tourism is something that is becoming increasingly more popular around the world. It involves travelling from one destination to another to pursue sexual services.

The practice of sex tourism is common in countries like the Netherlands, Thailand and more.

The definitions of sex tourism are ambiguous and often somewhat contradictory. Does sex (or sexual activities) have to be the sole purpose of the trip, or can it just be a small part of a holiday?

Sex tourism is chronically under-researched when it comes to the academic side of travel and tourism. This means there is so much we still don’t know about the sex tourism industry.

The typical image of sex tourism is that of Western men heading to the Philippines or Thailand to engage in sex with young women from a Go Go bar. It is, for the most part, something presented as an expression of the patriarch: male power and female powerlessness.

But, female sex tourism exists too. And it is on the rise. But what is it, and where does it exist?

What is female sex tourism?

Research shows that female sex tourism is less common than male-led sex tourism (where the men are the clients). However that does not make it rare at all. (Jump forward to ‘female sex tourism destinations’ if you want to find out more about the various places around the world where it seems to be popular.)

Researchers Pruitt and LaFont have suggested that ‘female sex tourism’ is too simplistic a term.

They argue that ‘romance tourism’ is better, as it does more to encapsulate the complexities of what women are doing when they engage in activities that we would label as sex tourism.

In any case, it is clear to see that female sex tourism is much more complicated than male-led sex tourism.

A survey by Jacqueline Sánchez Taylor (2001) showed that one-third of a sample of 240 single or unaccompanied women entered into sexual relationships with a local man or men when visiting the Caribbean. This goes some way to showing the levels of female sex tourism – and this was 20 years ago. It is only becoming more common.

The 2006 film Heading South shows the phenomenon in fiction. It focuses on a group of middle-aged American and European women who visit Haiti in the late 1970s; they link up with local boys who are eager to provide sex to middle-aged female guests. The women, of course, lavish them with money and gifts.

“I always told myself that when I’m old I’d pay young men to love me.” – Ellen, Heading South

Who are the female sex tourists?

It often seems that for women, sex tourism is spontaneous and ‘in the heat of the moment’ rather than being carefully planned and orchestrated.

It seems to be that many female sex tourists are single, wealthy, older white women. Many are divorced or have a history of unhappy relationships, and desire romance and attention.

These women travel abroad and know they can behave in a way they just wouldn’t at home.

Often they are solo tourists, able to let their inhibitions go once away from the ties of every day life. They seem to come from Western countries such as Germany, the Netherlands and Italy as well as the UK.

Many women who engage in female sex tourism often don’t realise that it is transactional.

Despite, often, being the one to pay for everything or lend their new partner cash, women are often under the illusion that they have a new boyfriend. Wooed by compliments and wild sexual encounters, they don’t see it as a form of prostitution at all.

Of the 80 women who admitted to engaging in sexual relations with men in the Caribbean in a 2001 survey, 60% said there were ‘economic elements’ to it. They said that they did not think of themselves as sex tourists and didn’t think of their partners as prostitutes. Only 3% said the relationships were purely physical, whereas over half said that it was all about romance.

There are so many different destinations where female sex tourism happens regularly.

From Greece, Italy, Spain and Croatia in Southern Europe to various Caribbean Islands such as the Dominican Republic, Jamaica and Cuba, it is something that occurs in various pockets of the world. Costa Rica, Thailand, Fiji, the Gambia, Kenya… the list goes on.

It seems that Western women are curious about the nature of the Thai sex industry.

Some female tourists want to visually explore sexualised tourist areas as part of their overall ‘tourist experience’ in Thailand, as it is something so widely discussed.

Research suggests that Western women’s desire for an authentic tourist experience in Thailand encourages them to enter sexual spaces that they might not otherwise. For example, visiting a sex show is considered to be a way of seeing the ‘real Thailand’.

Female sex tourism in Thailand is often fuelled by a desire to see the ‘other’.

Female sex tourists in the Gambia

The Gambia, often referred to as The Smiling Coast, is Africa’s smallest non-island country.

But despite its small size, it is incredibly popular with general tourists and sex tourists alike.

Prostitution is actually illegal in the Gambia, but it is incredibly widespread. It occurs on the beach as well as in bars and hotels along the coast.

The Gambia is a country where nearly 2 million people survive below the UN poverty line. So young Gambian men use their bodies as cheap labour, and female sex tourists buy into this. This is the foundation of sex tourism in The Gambia.

Female sex tourists in the Caribbean

The Caribbean is widely known for its sex tourism.

While male-led sex tourism does appear to be more common, the Caribbean has its own equivalents of the Gambia’s ‘bumsters’. These are known as ‘rastitutes’, ‘sanky pankies’ and ‘beach boys’.

In many areas of the Caribbean, prostitution is normalised because of the seasonal nature of employment within the hotel industry that dominates these islands.

Quite often, in countries like Cuba, locals will engage in sex tourism with visitors in exchange for assistance getting off the island. They are hoping to find a ‘better’ life for themselves.

While many female sex tourists come from Europe, many also come to Europe to engage in sex tourism.

Amsterdam has its red light district and, while this typically attracts men, there are also plenty of women who visit and engage in what it has to offer: like Thailand, sex shows are part of the tourist experience for many and very popular.

And in Greece, it works similarly to the Gambia and the Caribbean: young men engaging in sexual relations with older white women who are travelling abroad to escape the routine of daily life back home.

As you can see, female sex tourism is a significant industry around the world. Whilst many people are unfamiliar with the concept, there are actually many destinations that have thriving female sex tourism industries. If you are interested in learning more about sex tourism, I recommend you take a look at my post- Sex tourism explained: What, why and where.