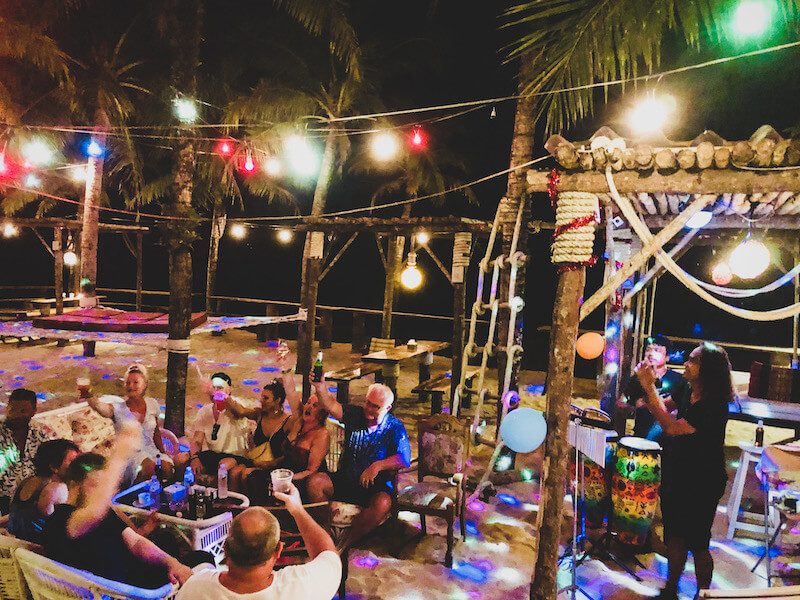 What is event tourism?

Event tourism is essentially any tourism that relates to events. Events come in all shapes and sizes- they can be large scale events or small events, private events or public events.

Event tourism can bring a lot of money into the host community, making it a valuable contributor to the tourism economy.

Traditionally, events have always been viewed as being part of the tourism industry, however that has been slowly changing in recent years, with many people recognising the event industry as an industry in its own right. In fact, it has become so separated that many universities now offer event management degrees that are totally separate from travel and tourism!

Event tourism is hugely beneficial to the tourism industry because it bring in money!

Events attract people and people spend money- people need a place to stay and somewhere to eat. Events also create jobs- someone needs to build the venues, there needs to be security working on the door and a customer service agent selling tickets. The events industry contributes to many of the jobs in travel and tourism.

Events can also help to put destinations on the world map. You may never have heard of a place before but if they host a big event, especially if it is a global event like the Football World Cup or the Olympics, then people all over the world will learn about the destination! This can often have long lasting effects and can even be a catalyst for the start of a booming travel and tourism industry.

With large amounts of visitors to a destination, however, there are bound to be some negative impacts too. Events can bring many unwanted social impacts of tourism and environmental impacts of tourism. It can also encourage economic leakage in tourism. There are sadly many negative impacts of event tourism as: the increased cost of living, traffic congestion, crowding, crime, property damage, pollution, deterioration of natural, cultural or historical resources and other various forms of discomfort experienced by residents or local businesses.

Another example is living in Wimbledon during the tennis championships. Everything about life is made a little bit more difficult due to the heavier-than-normal traffic, the long queues everywhere you go, an inability to book restaurants or access public transport and so on. This overcrowding is typical of event tourism, and it is one of the downsides for people living in areas affected by large events.

There are so many examples of event tourism which we can look at. You can read about some of them below…

With sports, many people support teams or clubs based in or near their hometown – so for league games, sport is unlikely to generate a LOT of tourism, though there will be some. But for cups and championships, as well as large competitions or sports where the same people or teams compete in different places, there will be a lot of tourism generated from fans who are required to travel to watch it live.

Little to no event tourism:

When it comes to music events, there are also different levels of tourism.

Little to no tourism:

Other entertainment events such as Comic Con and other conventions, food shows, flower shows and so on tend to be in one set location each time. This means they generate a lot of tourism as most people will need to travel if they want to attend.

Similarly to entertainment events, business events tend to be in one place. A conference will take place in a specific venue in a specific city, for example, and attendees will need to travel to get there. This obviously generates event tourism as people use transport and book places to stay.

The rolling impact of an event touches every part of the tourism industry, which you can read about below through specific examples.

Accommodation is highly in demand for any event. It is usually not just locals who attend an event – unless it is something small-scale like a village fair, which does not generate event tourism per se. But for football games, music festivals and so on, hotels and Airbnbs in the surrounding area get booked up super quickly.

The example I will use here is the Champions League Final in Kyiv in 2018; hotels were like gold dust even before it was decided which two teams would be battling it out for the title. Prices were hiked, and people who had booked before the location of the final was actually confirmed (e.g people who were visiting Kyiv for other reasons) saw their booking cancelled to make way for football fans travelling from Liverpool and Madrid. This was obviously beneficial for hotel owners. It was also beneficial for locals in Kyiv, however, who were able to open up their homes as temporary accommodation for travelling fans.

Transport is affected in that when an event is taking place, there are a lot more people travelling to and within the area via public transport.

If we take the specific example of Oktoberfest in Germany, an annual beer festival, we can see that flight prices to these areas are more expensive in the lead up to it. On top of this, trains within the area are getting booked up already – and smaller local public transport which can’t be booked in advance will see a busier-than-normal time.

It stands to reason that when an event is taking place, people will use public transport especially if there is little or no parking at the venue. Events create congestion, which is one of the negatives discussed earlier in this post. But Oktoberfest also creates a lot of revenue for hotels, bars, restaurants and shops!

Working in hospitality is often a thankless job – and during large events it can be even more difficult as bars, cafes and restaurants fill up with visitors.

Using the specific example of the London Olympics in 2012, there were streams of visitors to the city who each spent an average of around £1300 during the Olympic period. Restaurants, cafes and food outlets were full of tourists; many wanted quick service, and there were of course foreign languages for the staff to contend with.

All in all, jobs seemed harder during this period but there was not actually an increase in revenue. This article explains how and why the restaurant, hotel and pub industry saw a £55 million loss in revenue during the London Olympics… The Games were, however, a big deal for tourism generally. The ONS stated that visitor numbers were up by 2.63m and visitor spending reached a whopping £1.9 billion. This has had a lasting impact over the past decade with visitor numbers remaining high.

Of course, event tourism brings with it a lot of marketing. When there is an event, it needs to be advertised.

Let’s take, for example, the annual music festival Coachella. This is big business, with visitors coming from worldwide to enjoy seeing their favourite artists in sunny California. Like any festival, however, it needs to be advertised. A lot of their marketing is digital – primarily across Instagram and Twitter. However, this still costs money and people are employed to do this across different levels: from the people who write the Tweets to the staff at Twitter itself. Other marketing like posters, billboards and so on have costs involved too. Whether it’s a page in a magazine or a slogan on the side of a bus, event tourism undoubtedly has a massive impact on the marketing industry.

If you enjoyed this article on event tourism, I am sure that you will love these too-