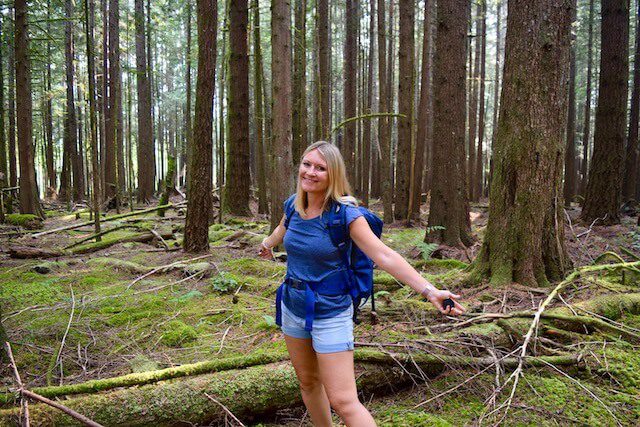 What is domestic tourism and why is it so important?

Domestic tourism is BIG business in some countries, bringing in a significant revenue for the economy of the local area and nationwide. But what is domestic tourism?

What is domestic tourism?

As I described in my tourism glossary, domestic tourism is the act of travelling for business or leisure within one’s home country. According to the UNWTO, a person must be away from their usual place of residence (but still in their home country) for at least one night to qualify as a domestic tourist.

Popular destinations for domestic tourism include the USA, India and China. This is because they are big countries with a variety of tourist experiences to offer.

Ever seen the film ‘Into the Wild?‘ This is a great example of domestic tourism! It’s a story of a young guy who sold all of his belongings and hitch hiked through America to Alaska. Here is the trailer-

Travelling a few miles away from your home, you don’t expect to be classed as a ‘tourist’ right? But in fact, you often will be classed as a tourist- a domestic tourist!

In general, domestic tourists are anyone who undertakes travel activities in their own country of residence, i.e. living in London and travelling to Glasgow for the day or for an overnight stay.

Unlike other definitions in the tourism ‘vocabulary’, the term ‘domestic tourism’ has not changed in its years. In 2005, Gillian Gale, in her text book designed for BTEC National Travel and Tourism students, defined domestic tourists as;

“People who are travelling in their own country for tourism purposes”

Further to this, Arjun Kumar Bhatia, in his text on International Tourism Management states that;

Why is domestic tourism important?

Countries rely on domestic tourism as a tool to reduce poverty, improve infrastructure, generate employment and most importantly to drive economic growth.

The activities of domestic tourists create economic importance as the money spent on domestic tourism feeds back into that particular country’s economy; providing itself with a more viable and prosperous economy.

According to the WTTC report published in 2018, there has been a slight shift in the countries’ positions in domestic visitor spending between 2008 and 2017.

Below I have listed a few examples of domestic tourism.

Domestic tourism in the United Kingdom

The UK’s domestic overnight trips reached £19 billion, whilst the 1.5 billion domestic day visits reached £50.1 billion. All of which feeds back into the UK economy.

The most popular travel attractions for domestic tourism in the UK are:

As you can see from the list above, the majority of the locations are based in London, the Capital city of the UK. Most domestic tourism activities in the UK are either centred around the conservation of either natural or heritage sights or theme parks.

Despite living on the outskirts of London for most of my life, I am ashamed to say that I have only actually ever visited a few of these attractions! I guess I will add these to my bucket list and take the kids on a day trip soon…

Domestic tourism in the United States of America

To me, it is no surprise that the domestic tourism industry in the USA is worth so much. Not only is it a HUGE country with an incredible range of diversity in tourism areas, from the snows of Alaska to the heat of Miami, but it is also true that most Americans do not have a passport!

According to the World Atlas, the most popular destinations for domestic tourism in the United States are;

The table below shows you the percentage of domestic tourism which took place in each of these locations in 2018.

India is home to some of the most beautiful natural and cultural heritage sites in the world, not only making it a popular destination for international tourists, but also for domestic tourists.

According to the World Travel and Tourism Council, domestic spending in India is at 87.2%, compared to foreign spending at 12.8%. Therefore, domestic tourism in India contributes to 9.4% of its overall GDP.

According to Treebo the top 7 visited states by domestic tourists are;

India is a beautiful country, with so much to offer! It has certainly been one of my favourite countries to travel and I hope to return with my children someday soon. It is no surprise to see that the domestic tourism industry in India is so significant, given the diversity of attractions and the sheer size of the country, not to mention that many people living in India cannot afford to travel internationally.

You can read more on The National Tourism Sector Strategy here.

I can certainly say that we loved South Africa. You can see a taste of what the country has to offer in our video below.

According to the Chinese Ministry at a press conference, domestic tourism generated 5.13 trillion yuan ($764 billion U.S dollars) in revenue last year and this figure was climbing steeply each year prior to the pandemic, in fact the Chinese market (both domestically and internationally has been the fastest growing tourism industry in the world in recent years!). In comparison, Chinese tourists spent a total of $115.29 (U.S dollars) on outbound tourism.

There is a lot of hidden cultural heritage in China that is often overlooked or ignored with its commercialised industry and giant sky scrapers. Here is a video demonstrating some of China’s most popular tourist attractions.

We have all most likely been a domestic tourist in our life at one point or another, whether we realised it at the time or not! As this post has demonstrated, the domestic tourism industry is a huge economic contributor in many destinations, especially in countries that are large or where the local people do not often have the cash to travel internationally.

Do you want to learn more about the tourism industry? Take a look at my types of tourism glossary to see which areas are covered in the blog. You can also refer to some of the texts named below, which are particularly useful if you are a travel and tourism student! Oh, and why not subscribe to the blog for updates on new posts, travel discounts and deals? You can subscribe to the blog using the form below.