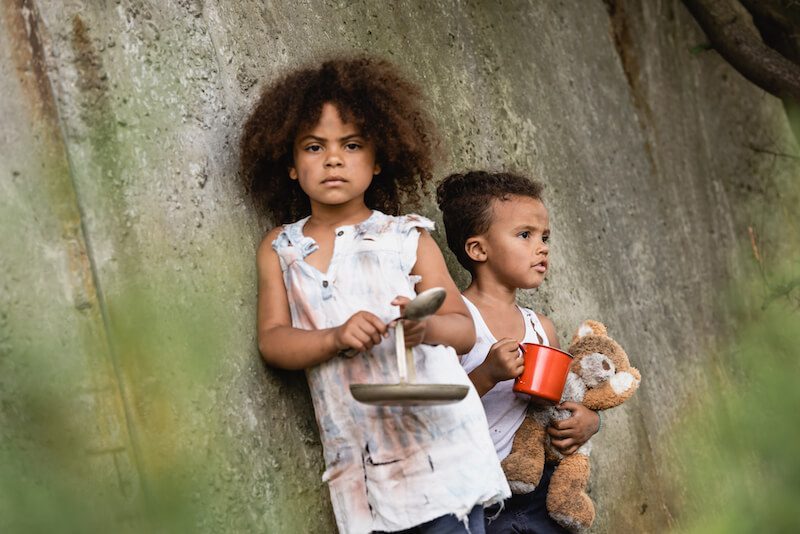 Do you want to learn more about dependency theory? When it comes to geography, sociology, business… there are a LOT of theories to wade through. I’m putting them all into simple terms for you, and today I’m talking through dependency theory. Hopefully by the end of this article you’ll come to understand what it is, where it came from and how it is used!

What is dependency theory?

Dependency theory is the idea that wealthy (or more developed) nations use resources from poorer or less developed nations in order to get to their wealthy and developed stage. This is usually at the expense of the poorer nation. It examines how different countries fit into the ‘world system’, saying that wealthy countries need the poorer countries in order to reach and/or maintain their wealthy status – i.e, they are dependent.

This theory was developed in the late 1950s, following the aftermath of World War II, as scholars sought to find a reason for the lack of development across Latin America. Dependency theory was developed by Raul Prebisch, who was the Director of the United Nations Economic Commission for Latin America at the time. He and his colleagues noticed that economic growth in more advanced or developed countries was not reflected by any growth in poorer countries; in fact, it was the opposite. As rich countries got richer, poor countries got poorer. This contradicted the already-existing neoclassical theory which suggested any economic growth was beneficial to all countries despite not always being equally shared.

Before we dive any further into dependency theory, we should get to grips with the meaning of developed and undeveloped (e.g rich and poor) countries. Investopedia defines a developed country as a developed economy is typically characteristic of a developed country with a relatively high level of economic growth and security. Standard criteria for evaluating a country’s level of development are income per capita or per capita gross domestic product, the level of industrialization, the general standard of living, and the amount of technological infrastructure. Noneconomic factors, such as the human development index (HDI), which quantifies a country’s levels of education, literacy, and health into a single figure, can also be used to evaluate an economy or the degree of development.

As such, an ‘undeveloped’ country would be the opposite of this. You can see some examples of each below – it is of course subjective, but this definition and idea is mainly used when talking about economics and human geography.

These countries have been categorised as such due to where they rank in terms of income per capita, the general standard of living and so on as stated in the Investopedia definition.

Osvaldo Sunkel, a Chilean economist, defines dependency in this sense as: an explanation of the economic development of a state in terms of the external influences–political, economic, and cultural–on national development policies.

Theotonio Dos Santos, a Brazilian economist, built on this definition by saying dependency is an historical condition which shapes a certain structure of the world economy such that it favors some countries to the detriment of others and limits the development possibilities of the subordinate economics…a situation in which the economy of a certain group of countries is conditioned by the development and expansion of another economy, to which their own is subjected.

What does it mean?

Prebisch had a straightforward solution, however. In his article, Dependency Theory: An Introduction, an academic of politics and economics, explains this as follows:

The issues with this solution to dependency theory

However, this solution was not without its issues. In fact, there were three of them…

Secondly, this solution was dependent on the political will of these poorer countries – were they willing to transform from being ‘primary products producers’, or was this even possible?

Finally, there was the issue of the extent to which these poorer countries were able to actually control their primary products, especially when it came to selling them abroad.

Because of these issues and obstacles, other academics and policy managers started to think about dependency theory and how the relationship between ‘poor’ and ‘rich’ counties could be examined.

The final issue revolved around the extent to which the poorer countries actually had control of their primary products, particularly in the area of selling those products abroad. These obstacles to the import substitution policy led others to think a little more creatively and historically at the relationship between rich and poor countries.

How this impacts global society

Of course, dependency theory is just that – a theory. The question in ‘real life’, of course, is how poorer economies can develop. When looking at policies and how to improve the global standard of living, a few areas need to be examined.

Firstly, the success of these more developed countries (and economies) does not and surely can not serve as a model for the countries which are currently developing. This is because, if we take dependency theory at face value, somebody has to be at the bottom of the pyramid; the poorest country cannot buy commodities from a country poorer than themselves, as there isn’t one. The success of these richer countries was, then, due to exploitation – and potentially colonial – relationships, largely from the West and especially Europe. A repeat of this contained episode, which happened at a very specific time, is unlikely to happen.

Dependency theorists place more importance on social indicators rather than economic indicators. This is because they are focused on whether economic growth is actually benefiting the country (and its citizens) as a whole; they separate economic growth and economic development, suggesting the latter is what poorer countries should strive for. They are more likely to look at factors such as life expectancy, education levels and infant mortality rates than the GDP.

For this reason, theorists suggest that self-reliance is key for ‘dependent states’. They say that integration with the global economy is not, actually, the best or most beneficial option for poorer countries. Some countries have experimented with this in the past to no avail, such as China with their ‘Great Leap Forward’. Vincent Ferraro suggests that instead, a policy of self-reliance should be interpreted as endorsing a policy of controlled interactions with the world economy: poor countries should only endorse interactions on terms that promise to improve the social and economic welfare of the larger citizenry. For example, only selling commodities to countries who make a specific deal not to over-inflate prices when selling goods back to these poorer countries.