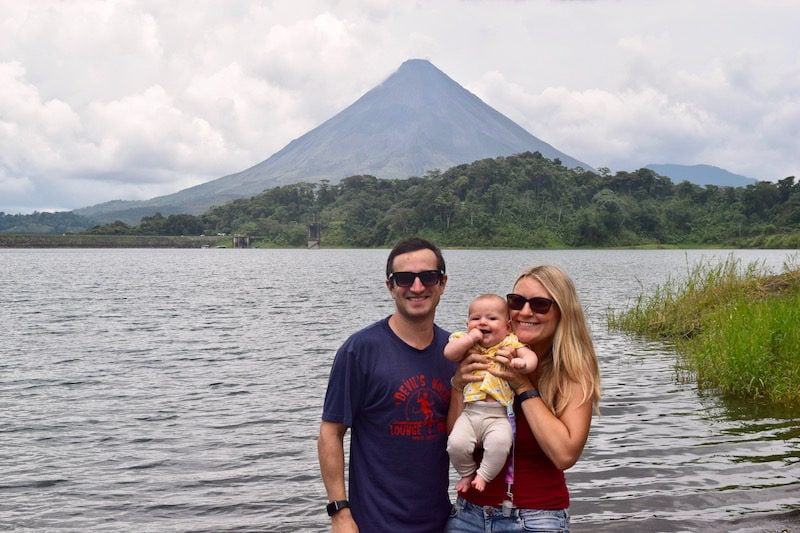 Visiting the Costa Rica volcanoes: What you should know

The Costa Rica volcanoes should be a highlight of any trip to this beautiful country. They are absolutely fascinating and very beautiful! If you are considering visiting these natural attractions though, it is best to be prepared! In this article I have outlined the top Costa Rica volcanoes and what you should know before you go!

Costa Rica is sometimes referred to as the Land of Fire. It is also part of the infamous Pacific Ring of Fire, as well as being in the Central American Volcanic Arc. All of this is to say that there are a fair few volcanoes in Costa Rica! Visiting a Costa Rica volcano is a highlight of any Costa Rica itinerary, and in this article I will tell you why!

The Costa Rica volcanoes are all impressive, and three of them are still active. This number was six, up until recently, but given how things are classified it is now three.

The six most recently active volcanoes are:

All of these have erupted at some point in the last 10,000 years. Visiting volcanoes is actually very safe – especially if you go with a guide or expert. You can even soak in volcanic hot springs!

Located in central Costa Rica, the Turrialba Volcano has erupted as recently as 2017. For the past few years visitors have been unable to get close to the volcano due to the increase in volcanic activity and large ash clouds. However, in December 2020, the Turrialba Volcano National Park reopened to the public.

Turrialba is a stratovolcano. It is 3,340 m (10,958 ft) high and has three craters. The largest crater has a 160 ft diameter. You can see the Pacific Ocean and Caribbean Sea from the summit on a clear day, and the forest views are stunning. Ferns, moss, lichens and more line the slopes.

You can access the national park by bus from San Jose, and it isn’t too far away. The city of Turrialba itself is, of course, nearby too. Even before recent closures, this was an underrated volcano in terms visitor numbers. If you are in San Jose it is well worth visiting, though!

You’ll experience far fewer crowds than you’ll see at other volcanoes here. There is an entrance fee (under $10) for those visiting, though you’ll need a four-wheel-drive to do so as the terrain is rugged. Hotel Casa Turire, located nearby, organises guided tours for guests and non-guests. For hiking and birdwatching, the Turrialba Volcano National Park is a great place to visit.

Another stratovolcano, Poas Volcano is 2,708 m high (8,885 ft) and is in central Costa Rica. It is located within the Poas Volcano National Park.

Since 1828, Poas volcano has erupted 40 times – the latest being in early 2017. The national park was closed for almost 1.5 years following this, reopening in September 2018.

Near the summit there are two crater lakes. One is a hot lagoon with a varied acidity, which supports barely any aquatic life. While beautiful to look at, the water here causes acid rain and fog.

Access to the Poas Volcano is currently still fairly restricted. You need to book online in order to visit, at a cost of $15 for non-residents. Locals need only pay $1.50 – though everyone needs to book in advance. You show your ticket on arrival, walk along the path to the overlook where you can spend 20 minutes, and then your visit is done. It isn’t the most exciting of the volcanoes in Costa Rica when it comes to seeing it for yourself but if you are staying nearby, it can still be worth visiting!

Arenal is one of the most popular volcanoes in Costa Rica for tourists. The area is actually an ecotourism hotspot, and you’ll see it on many ‘where to visit in Costa Rica’ lists.

Arenal is another stratovolcano, in the La Fortuna district. It is 1,633 m (5,358 ft) high and has a 140 m-diameter crater. Arenal Volcano is less than 7,500 years old which – in volcano terms at least – is pretty young. Following an eruptive period that lasted from 1968 until 2010 (the tenth longest-duration volcanic eruption since 1750), Arenal is now dormant.

You can only visit the base of the volcano. However, the beauty of the area makes it all worth it – the natural wonders here will take your breath away. It is no surprise that around 1.5 million people visit Arenal every year. During the day you can see smoke billowing from the volcano’s peak, and at night you’ll spot basaltic lava streaming down from an active vent on the western side.

The volcano itself is located within the Arenal Volcano National Park, covering 29,962 acres. You can hike, swim, bathe in geothermal springs, go bird watching or horseback riding, try canyoning… the possibilities are endless and Arenal should definitely be on your list if you’re looking at volcanoes in Costa Rica!

For somewhere to stay, check out Arenal Observatory Lodge & Spa. Often called La Fortuna’s #1 eco lodge, the rainforest and farmland here is incredible. You’ll get to see various species of exotic wildlife and so many types of plants. Originally a scientific research station, this lodge is now one of the best places to stay in order to visit Arenal Volcano. With 48 rooms and two holiday homes, alongside a restaurant and spa and a huge observation deck you’ll always have a good view… You can take daily walks, enjoy the swimming pool, peek out from the observation tower and so much more. It’s an amazing place to have as a base for exploring.

Located in the Guanacaste area in the north-west of Costa Rica, this is an andesitic complex volcano. The name means ‘The Old Woman’s Corner’ – this is in reference to a local legend about Princess Curabanda. The volcano is around 1,916 m (6,286 ft) high. You can’t get to the crater due to recent volcanic activity (in 2011) but the area itself is beautiful and worth visiting. There are various lodges and hotels in the area who are happy to arrange tours and activities within the Rincon de la Vieja National Park.

With hot springs to soak in and nature to admire, you can have a great day out here. Guides in the car park are available for hire, too. There is so much to see and you can enjoy a picnic lunch surrounded by the most beautiful scenery! From river tubing to ziplining, you’ll find plenty of adrenaline-pumping activities on offer that are fun for everyone in your travel party.

One of the three technically-still-active Costa Rica volcanoes, it is also the highest. It stands at 3,432 m high, or 11,260 ft. You can see the Atlantic and Pacific Oceans from the summit on a clear day, though it is usually cloudy.

The volcano stands in the Irazu Volcano National Park (5,705 acres of montane forests) where you can see hummingbirds, owls, armadillos and so much more. The area is around 30 km away from the city of Cartago, and you can drive or take the bus in no time at all. San Jose is only around 50 km away, too.

It is a difficult but rewarding hike if you choose to climb to the Diego de la Haya crater. This is one of the most popular things to do when visiting the Irazu Volcao. Wear layers, because it’s cold at the top! You can visit on guided tours or go it alone – either way, it’s one of the best volcanoes in Costa Rica.

Part of the Guanacaste Mountains, Miravelles Volcano is actually one of the less popular volcanoes in Costa Rica. It has only ever erupted once, in 1946.

This is the site of the largest developed geothermal field in Costa Rica. At 2,203 m high (6,637 ft) it is one of the smaller volcanoes on this list. The area is virtually untouched by tourism – there are no crowds here. This means it is a great place to come if you want to see a volcano in a more relaxed fashion.

Miravelles Volcano is around 2 hours away from some of the most popular beach towns in the country (Playa Conchal, Playa Tamarindo and some others) so if you’re on a beach holiday but want to add in something extra, Miravelles is worth considering.

From the thermal spring at Yoko Termales ($10 entrance fee per adult) to the volcanic activity center at Las Hornillas, there is actually plenty to do and see here! There is even a thermal water park called Thermomania, which is amazing if you’re planning to visit volcanoes in Costa Rica with your children. Thermomania even has an on-site restaurant and bar, meaning it’s fun for all the family…

If you are planning a trip to Costa Rica, you may also be interested in the following articles:

I don't know what the majority of the flowers at A

49 Fascinating and Thrilling Facts About India

Lets take a look at some of the very best facts about India... A land full of temples, a sanctuary for elephants, and a haven for numerous traditions, customs, and religions; yes, I’m talking about one of the fastest growing economies: India. This vast geographical...

Las Vegas captions for Instagram are fun and exciting.... because Las Vegas is fun and exciting! If you have been to Las Vegas and you are planning to share your favourite holiday snaps on Instagram or any other social media then you might feel you need a little bit...

Alaska is one of the remarkable places for a vacation. Ask why? The soothing lakes, extensive recreational forests, and high mountain peaks make it an irresistible place to explore. Oh, and I'm just getting started; there are more interesting facts about Alaska - that...

The 25 most famous travel quotes of all time

What comes to your mind when you think of deserts? Perhaps far-fetched land covered with sand? Or an uninhabited zero-man region? Or maybe a habitat of thorny plants capable of ripping someone off? Well, you're right, but that's just scratching the surface. In...