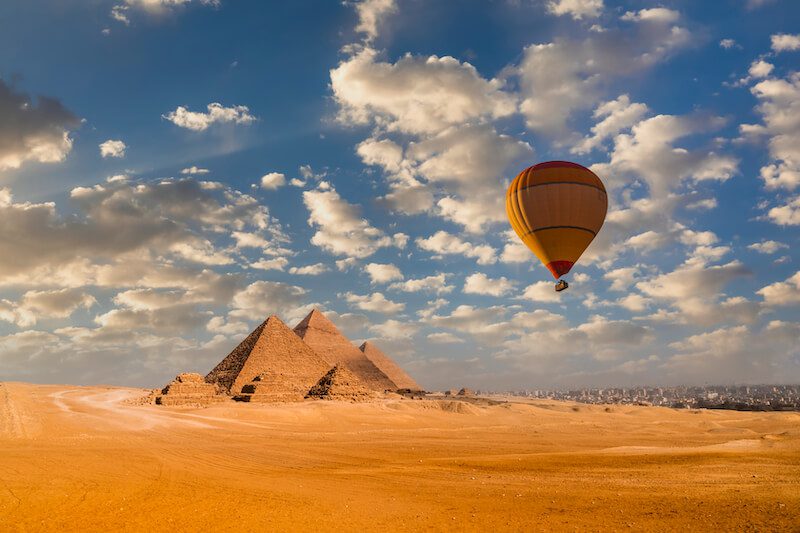 So you are considering climbing the Great Pyramid of Giza? Well, maybe you should think again…

Egypt is such a magical country. It absolutely oozes charm, culture and an exciting history – everybody who visits falls a little bit in love with Egypt. So if you are planning a trip, then lucky you! Something on everybody’s bucket list when heading to Egypt is to see the pyramids in Giza. And so you should. They are just incredible, a real gateway to the land of the gods and pharaohs that ruled over this desert land thousands of years ago. From seeing them in movies and photographs to catching sight of them in real life, you’ll hardly be able to believe your eyes. You may be tempted into climbing the Great Pyramid of Giza, however. This is your warning not to do that, no matter what. Here’s why, and a bit about the punishment(s) you could face if you do…

The Great Pyramid of Giza – some background

There are three pyramids in Giza, one of which is the Great Pyramid of Giza. It is the oldest and largest, unsurprisingly. Also known as the Pyramid of Khufu or the Pyramid of Cheops, it is also the only one of the Seven Wonders of the Ancient World to remain mostly intact. It was built around 2560 BC, and is 146.5 metres (or 481 feet) tall.

DID YOU KNOW: there are conspiracy theories that suggest the Great Pyramid of Giza was built by aliens.

The pyramid, and the two others that lie within the Giza pyramid complex, were likely built by dragging and lifting quarry stones into place. It is also unknown whether the pyramids were built by slaves or skilled workers – though there is nothing stop suggest that slaves themselves could not have been skilled workers, too.

Climbing the Great Pyramid of Giza

If there’s one thing you need to know about climbing the Great Pyramid of Giza, it’s this: DON’T DO IT. There was a time when you could freely climb the pyramids, as many will have seen in films such as Agatha Christie’s Death on the Nile (1978). But now the Egyptian authorities have cracked down on this, and climbing the Great Pyramid of Giza is actually illegal. This new law was actually only passed in November 2019.

There are many reasons for not climbing the Great Pyramid of Giza. Most importantly, the pyramid will not last forever. It is an ancient structure that has spent thousands of years open to the elements as well as being climbed on, examined, excavated, robbed and more. The pyramids are all showing signs of being weathered and this will only continue if people are allowed to climb up and down the fascinating structures. As with all ancient sites, we all need to do our best to help preserve the Great Pyramid of Giza so that future generations can enjoy it, learn from it and more.

Not only is it important to keep the pyramids from disrepair, there is another reason for not climbing the Great Pyramid of Giza. Frankly, it’s dangerous. There are no ropes and handles – you’re just climbing up the side of a structure built thousands of years ago. Climbers could slip and fall at any moment, resulting in serious injury or even death. The views at the top might be good, but nothing is worth such a huge risk to your limbs and life!

As mentioned, there was a time when climbing the pyramids was absolutely fine. The new rules came into place following some specific incidents in which people were climbing the Great Pyramid of Giza with negative intentions. Vandalism will not be tolerated at Egyptian archaeological sites.

For example, a local man climbed to the top of the Great Pyramid. He then proceeded to throw stones at security guards, and heals removed parts of a 19th-century wooden mast. This was previously installed to measure the height of the pyramid.

Another example comes in the form of Danish photographer Andreas Hvid. In November 2018 he posted a video of himself and his girlfriend climbing the Great Pyramid of Giza. They were naked and generally being incredible disrespectful. However, the video is said to be fake!

Incidents like this are what led to the new laws being put in place around the Great Pyramid of Giza.

Punishment for climbing the Great Pyramid of Giza

When the Egyptian parliament brought in the new laws surrounding antiquity protection in November 2019, they decided on some strict punishments for breaking the rules in order to ensure that people would be more likely not to break the new laws. The climbing law comes alongside the prohibition of simply being found at or in an archaeological site or museum without authorisation.

What can you do when visiting the pyramids?

Simply admire them! You can go inside the pyramids, ride camels, go quad biking and visit the Sphinx. There is even a sound and light show at the Great Pyramid of Giza. The pyramids at the Giza Plateau are fascinating structures with so much history behind them;  they are absolutely awe-inspiring. For those interested in ancient Egyptian history and culture, just seeing the pyramids will be enough to thrill you. There are locals selling handmade jewellery and trinkets, and the weather is bound to be warm. Enjoy yourself without feeling the need to disrespect your surroundings by climbing the Great Pyramid of Giza.

Seriously, it’s a bad idea. But do visit the pyramids when you’re in Egypt, as they are incredible!