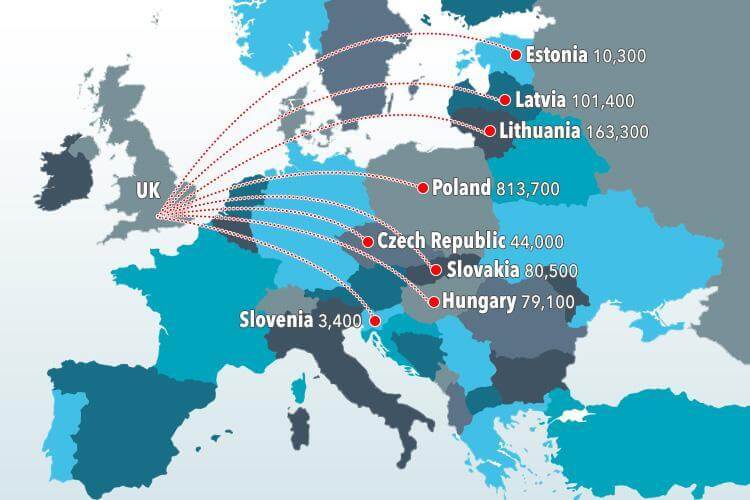 Benefit tourism explained: what, why and where

Benefit tourism is a term that’s been floating around a lot lately. With prime-time TV shows aired highlighting the state of the welfare system, the endless Brexit debates and a common perception that UK benefits are easy to obtain, it is no wonder that people are starting talk about benefit tourism.

But what was does it all mean? What actually is benefit tourism? In this post I will explain what the concept is and some of the controversy surrounding the issue.

What is benefit tourism?

Benefit tourism, also known as welfare tourism, is the term given to people who travel to a destination with the intentions of claiming social benefits.

Particularly prominent in the United Kingdom, with the large number of migrants from the European Union and further afield, benefit tourism has become a hot topic in the media and in the average household.

It was also a major part of the Brexit campaign.

Where does the term benefit tourism come from?

Benefit tourism is a term that was coined in the 1990s. It came about in response to the introduction of several new countries into the European Union. Whilst countries such as Poland, Romania and Latvia might bring economic advantage in some instances (allowing businesses to relocate to areas where their operations can be undertaken for a lower cost, for example), it also brought with it concern amongst many Europeans.

The problem arises as a result of one of the fundamental principles of the European Union: Freedom of Movement.

Freedom of movement does exactly what it says tin the tin- it allows people to move freely around Europe. In essence, this means that those from less wealthy countries are free to relocate to countries, such as the UK, that are able to offer them employment, accommodation and welfare options that might not be available to them in their home country.

A definition of benefit tourism

The term benefit tourism has not been clearly defined. In fact, some question whether it actually exists at all!

The question of whether economically inactive citizens who are, or have been, in receipt of benefits from a country other than their own do indeed qualify as ‘benefit tourists’ has been the subject of debate amongst the media and politicians for years.

Read also: Insta tourism explained: What, why and where

The concept is clear- they come to the UK, or other nations more wealthy than their own, and claim social benefit; thus making them a ‘benefit tourist’. But there is more to it than simply this…

What about if an economic migrant, who relocates for work, is suddenly made unemployed and consequently must claim social benefits? Is this person a ‘benefit tourist’?

What if a person moves to be closer to family, but also claims benefits? Are they a benefit tourist?

What is a person relocates for work but is also entitled to benefits such as working tax credits or child benefit? Is this person a benefit tourist?

The truth of the matter is that it’s not black and white. The common conception seems to be that a benefit tourist moves to a destination with the primary motivation of claiming financial benefits. But how do we determine and measure motivation?

For the purposes of debate, I have summarised the meaning of benefit tourism with the following definition:

‘Benefit tourism is when a person relocates to a particular area where their primary motivation is to obtain the financial benefits that are available to them in said location.’

Where do benefit tourists come from?

Benefit tourists come from all over the world. In fact, we can argue that it is only human nature to want the best for yourself and your family and to relocate in search of better opportunities.

However, the term benefit tourism is largely associated with the UK. It generally refers to migrants from Eastern Europe

There is a perception amongst Brits that a large number of people choose to relocate to the UK with the intention of claiming benefits. However, there are few statistics to support this. In fact, migrants are more likely to be employed and less likely to be claiming financial benefits than UK citizens!

Why do benefit tourists come here?

The UK is seen as a wealthy and stable country with a strong economy in comparison to Eastern European countries. Most migrants from Eastern Europe secure employment in the hospitality, industrial or agricultural industries.

Many of these positions are difficult to fill and many British people would not be willing to do such jobs. I’ll never forget the time that I moved back home with my mum after returning from travelling. She lives in Cambridgeshire and I went to the local job seekers office in Wisbech. When I told them ‘I’ll take any job you have’ the response I received was ‘you won’t want to put dog food in tins or slaughter chickens in a factory’. Ok, she was right- I didn’t want to do that.

So the reality is, that in many instances, we actually need migrants to fill the jobs that we don’t want to do!

Even though the hours are long and the jobs might be undesirable, for many people, this is a significant improvement on their job prospects in their home country. The salaries are much higher and the working conditions are often better. This is the main reason that so many people choose to move from Eastern Europe to the UK for work.

What kinds of social benefits are on offer to benefit tourists?

In the UK we have a strong social benefits network. We look after our citizens. Whilst the level of socialism demonstrated in the UK does fluctuate depending on the current Government and the economy, we generally offer more and better social benefits than most countries.

A person who chooses to relocate to the UK has the opportunity to take advantage of a wide range of benefits. Our NHS is famous the world over and whilst it is not perfect, it provides healthcare opportunities to people who may not be able to afford it in their home country.

We have free schooling from the age of four to 19 that migrants can take advantage of. There are also a number of financial benefits such as working tax credits, child benefit, income support, disability allowances, the state pension and so on.

As a result of the backlash from the British public, a number of benefits have been slashed and EU migrants no longer instantly qualify for financial benefits. Many benefits have been replaced by the controversial Universal Credit. This has disincentivised people to claim benefits and has increased the number of people that are in work.

The role of benefit tourism in the Brexit debate

Part of the reason that BREXIT came about was because the general public believed that too many people were migrating from Eastern Europe to the UK. There was a common perception that these people were ‘taking our jobs’ and taking advantage of our social welfare system.

There was, however, little evidence to support this. In fact, research generally demonstrated that said migrants were beneficial for our economy and the overall welfare of the UK.

Because of the ambiguity over what constitutes a ‘benefit tourist’ and what doesn’t, there are no clear statistics to quantify the scale of the benefit tourism industry, if indeed it does exist at all.

If you want to know more about migration figures, employment figures etc then there is a wealth of information on the Internet. Determining the extent to which these data apply or do not apply to the concept of benefit tourism, however, is not an easy task.

In summary, you can see that the term benefit tourism appears to be more of a hype than a real industry. There is little data to support the notion of benefit tourism and the figures are in fact contradictory, instead exemplifying the need that the UK has for economic migrants from Eastern Europe and the benefits that this has on the economy.

Personally I think that there is definitely scope for more research into this area and that the likes of Nigel Farage and Boris Johnson should have some role in this, seeing as they made many references during the BREXIT debate to issues that have contributed to the public belief that ‘benefit tourism’ is a problem for the UK.

What are your views on benefit tourism? Let me know in the comment below!