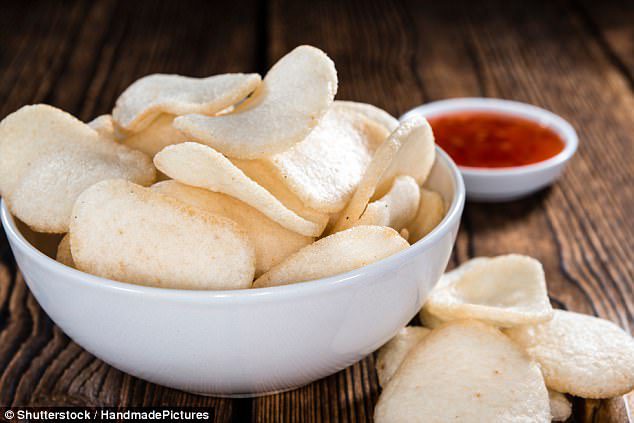 10 foods you eat that are not ‘real’ | Authenticity in food

Following on from my recent post explaining the concept of authenticity, it got me thinking- do people really know what they are eating? What do they know about authenticity in food?

Travelling the world teaches you many things, and one of my favourite things is getting to try new foods (I am a bit of a foodie at heart). There have been many occasions, however, when I was disappointed or surprised that the meal handed to me was not what I had expected.

This is because we change things for our taste. That curry you ate last night? Yep, it would probably be a lot spicier in India. The Italian pizza you bought from the supermarket? It’s actually double the thickness of most ‘real’ Italian pizzas. The ‘wild’ salmon? It was actually bred in captivity… you get the picture.

Today I bring to you ten examples of foods that are not authentic. I have learnt about all of these things on my travels, first hand, and was surprised at every single one!

How much do you know about authenticity in food?

How many of these were you aware of?

I was peer marking a student presentation during my university days at age 20. The presentation topic was authenticity and was delivered by a Chinese student. I was flabbergasted when announced that prawn crackers were not Chinese at all, but that they were in fact British! This BLEW MY MIND!

Whilst visiting Delhi some years ago we had a personal driver for the duration of our time in the city. On the first day he asked us ‘would you like to eat Western food or Indian food for lunch?’. Indian food we replied.

Some days later he asked again ‘would you like Western food or Indian food for your lunch today?’. By this time we had consumed a significant amount of curry, rice and breads and fancied a change. ‘Western food today please’ we responded.

We laughed when the driver pulled up outside a typically Indian restaurant. I say typical, but it really wasn’t;’t typically for India- I hadn’t seen a restaurant like it the entire time we had been in the country. It was, however, typical for the UK!

This was the day that I learn that Chicken Tikka Masala was not an Indian dish at all but that it was actually English!

Where does pizza come from? Italy I hear you say?

Italy may have founded the pizza, but America made it! There is actually a very big difference between an authentic Italian pizza, which has a thin base and a range of fresh toppings, to an American pizza, which comes loaded with cheese, frozen ingredients and stuffed crust.

So whilst some pizzas may be authentic Italian food, others are most certainly not!

I was rather disappointed however when I travelled to Mexico and order a fajita dinner to be given something quite different. The vegetables were different, the tortillas tasted different and there were no condiments! Oh and there were beans, beans in my fajitas! What was this?!

Little did I know that I was so uncultured that I hadn’t realised that the fajitas we cooked were actually a tex-mex version of the authentic Mexican food.

Do you ever choose seaweed when ordering a Chinese take away? I love a bit of seaweed on a Friday night! Except… it’s not seaweed… it’s actually fried cabbage!

Now that I have children this one actually annoys me. I want to give my kids fresh, natural fruit juice. But the reality is that this isn’t as easy to come by as you might hope.

Most fruit juices are made from concentrate and actually include more water than juice. Others include ingredients that you didn’t realise you were getting. Fruits such as mango or papaya or more expensive than others so they are often watered down with cheaper juices such as apple.

It might be advertised as ‘100% real’ parmesan cheese, but the reality is that it is usually far from that. Parmesan cheese is actually extremely expensive. The cheap stuff that you see in supermarkets is typically made up from scraps of all sorts of different cheeses and contains wood pulp! Hmmm… I leave you to make your own mind up on that one.

Many foods advertised as crab sticks are not actually made from crab at all! They are actually made from a mixture of finely ground whitefish and other fillers like wheat, egg white, and transglutaminase (meat glue). They also contain artificial crab flavouring and red food dye to make them look and taste like crab.

Real wasabi costs more than £100 per kg and is made from the stem of a plant, grated and pulverized into a spicy paste. Most wasabi that you find at home, however, is simply a mix of horseradish, mustard and green dye.

In fact, according to the Washington post, 99% of all wasabi is actually fake! Wow!

There are many different varieties of Thai Green Curry, both within Thailand and outside of Thailand. However, I can assure you that the Thai Green Curry that you are given as a non-Thai person is 99% likely to be a milder version of what the locals eat.

‘But I’ve had a super spicy curry in Thailand!’ I hear you say… well guess what? The Thais like is spicier!

Authenticity in food- do you have any other examples?

So these are my top 10 examples of foods that I have found to be different when I have travelled to the destination famed for founding them. Authenticity in food is something that I am still learning about and it is something that I find intriguing.

Do you have any other examples of foods that were different when you tasted the ‘authentic’ version? I’d love to hear them- drop your comments below.