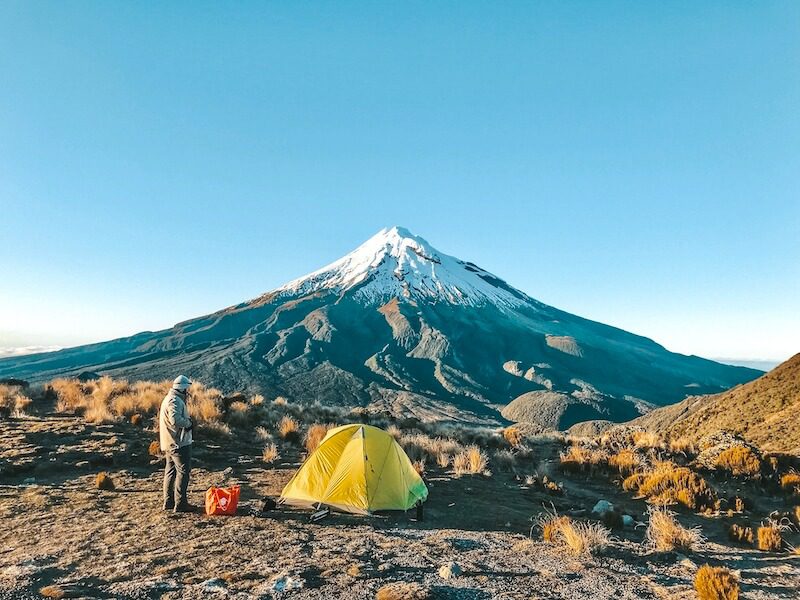 What is alternative tourism and why is it growing so fast?

What is alternative tourism?

What is mass tourism?

Mass tourism is when a large number of people visit the same place at the same time and it is often (although not always) associated with overtourism. This leads to destinations being saturated. For example, New York City sees a lot of mass tourism – from crowds congregating in Time Square and heading to Ellen’s Stardust Diner for pancakes, then going up the Empire State Building to appreciate the city views. These are popular tourist activities that result in queues, large crowds and a lot of pollution. It is possible to visit NYC without engaging in mass tourism, however. You could be going to stay with a friend somewhere on the outskirts of the city, taking it slow and visiting places off the beaten track.

Cruises are another example of mass tourism, as are resorts full of all-inclusive hotels and holiday villas. Activities and hospitality in these places are likely to cater specifically to tourists. Alternative tourism is said to be the opposite of this.

Surprisingly, there is no formal definition of alternative tourism that is widely used. However, it is easy enough to determine a general definition based on the widely published literature available. As such, alternative tourism can be defined as ‘tourism which is paradoxical to the mainstream, mass tourism industry and which is closely aligned with innovative, specialist and niche tourism types.‘

In addition, the Youth Travel Foundation, a French organisation, have attempted to define alternative tourism as follows:

‘Alternative tourism is an umbrella term for all forms of travel opposed to mass tourism. A special attention is paid to economic, social, cultural and environmental considerations. Alternative tourism aims to have a neutral or positive impact on its destinations. Although there are no rules defining it, beneficial tourism can take many different forms.‘

You can find out more about the different types of alternative tourism below!

The growth of alternative tourism

Alternative tourism is definitely growing. People are keen to be seen as individuals, to move away from what everyone else is doing and try something new.

The tourism industry peddles the same places to us every year – The Canary Islands for some winter sun, Paris for a spring city break, the Greek islands for your perfect summer vacay and Orland, Florida for year-round fun and games in the sunshine. People (especially avid travellers) have done a lot of it already. They’ve been there, experienced it, got the t-shirt and the sun tan and the shell necklace souvenirs.

As humans we are always looking for brand new experiences, and this is why we are seeing a shift from mass tourism to more alternative tourism. This means visiting cities that are under the radar, or doing things that most tourists don’t: heading to a place to volunteer, or doing a unique road trip of some sort.

However, as with anything like this, it’s cyclical – a vicious circle almost. Cities that are now untouched by tourism provide the perfect playground for alternative tourists. But as humans we are keen to share our experiences, to tell stories or show photos or write blog posts about amazing trips to locations that tourists don’t go to – where nobody spoke English and you only ate in local boutiques and you helped out on somebody’s goat farm. And as we share these stories, we pique the interest of others. So they go there. Then they tell their friends, who mention it to colleagues, who encourage family members to go. And it takes time but then, that city or town risks becomes a mass tourist destination in itself…

Why is alternative tourism important?

Alternative tourism is important in many ways. Because it is drawing people away from these mass tourist destinations, they are experiencing a slight reprieve. Mass tourism is dangerous for the environment, especially for places like historical sites or small villages. It is also important in that it provides a small boost to the economy for these alternative tourism destinations. It supports local communities, especially if you eat at independent restaurants and shop in small boutiques, stay in family-run B&Bs and so on.

As an alternative tourist you are often more conscious with your choices. You’ll experience things few others have done, you’ll make incredible memories and do all of this in a (usually, but not always) much more sustainable way than when contributing to mass tourism.

As mentioned earlier there are different types of alternative tourism. As there is no steadfast or widely recognised definition, a lot of things can be seen to fit the mould. Some of the most well-known types include:

Tourism which involves actively taking care of the environment as you travel, and making eco-friendly choices such as staying in green hotels or offsetting your carbon emissions.

Also known as pro-poor tourism, this type of tourism revolves around the fair socioeconomic growth of the destination. It involves ensuring local businesses and communities benefit from you being there.

This is all about getting involved with the local population, learning from them or engaging with their culture. It creates a bond between visitors and locals, and provides space for authentic intercultural experiences.

Disaster tourism is a type of alternative tourism is when people visit locations in the immediate aftermath of some sort of natural (or manmade) disaster whether that is to offer help, to investigate or simply because they get a kick out of this type of experience.

Although popular in itself, volunteer tourism is still distinguished from mass tourism and involves travelling somewhere to stay and while you’re there, volunteering in some way such as building a school. This is often done through a program.

Different to ‘disaster tourism’, dark tourism involves visiting sites of historic disasters such as Auschwitz or Chernobyl. However, these are incredibly popular places now so for true alternative tourism, dark tourists must visit lesser-known or not as easily accessible sites.

Rural tourism involves going to rural areas such as farms or ranches, whether to work or simply relax somewhere away from the hustle and bustle of a city. Of course there are usually plenty of places to hike, cycle and more.

A largely unknown form of tourism that is rarely discussed, this is alternative tourism at its finest. It involves visiting a series of places which are all linked by a very specific theme: the ‘Circuitul bisericilor de lemn de pe Valea Mureșului’ (The circuit of wooden churches on Mures Valley) for example, or all of the Harry Potter filming locations in London.

Ecotourism (sustainable tourism) is a form of alternative tourism, and Costa Rica is one of the top destinations for it. The country has devoted around26% of its land to national parks, wildlife reserves and protected lands meaning there is so much nature to fall in love with. Get involved in experiencing untouched beauty, and help to preserve it while you’re there.

People visit the Falklands to experience dark tourism. It is famous for the 1982 Falklands war, and is one of the lesser-visited dark tourism locations as opposed to somewhere like Auschwitz in Poland. It is a beautiful location in itself, however, full of things to see such as penguins and colourful fishing villages.

This is the perfect location to experience rural tourism. There are plenty of rural towns and villages, acres upon acres of farmland and fields, and beauty around every corner.

African nations seem to be a popular location for volunteer tourism, as do countries across Asia. Whether this is simply due to ‘white saviour’ syndrome is another story. But Cameroon is one of many places you can visit as a volunteer to help build much-needed schools for local communities across the country.

When the 2004 tsunami occurred, wrecking many peoples’ homes and lives, Indonesia became an example of a disaster tourism destination. People flocked there, to offer help and support of course but also in some cases just to feel like part of the action. When it comes to disaster tourism there are obviously no set-in-stone locations, because of the nature of it. Wherever there is a disaster, we are likely to see a small amount of disaster tourism where people are permitted to access the destination.

Croatia is home to many film tourism locations for the hit series Game of Thrones. As such, many fans flock to the area regularly to see these specific locations – at first, this thematic tourism here was a form of alternative tourism. Now it is slowly turning into mass tourism, because so many people are eager to see where their favourite scenes were filmed. This is a classic example of what happens as specific types of alternative tourism ‘catch on’ and grow.

Some other places, and the type of alternative tourism they are linked to, include:

If you have enjoyed this article, I am sure that you will love reading these too-