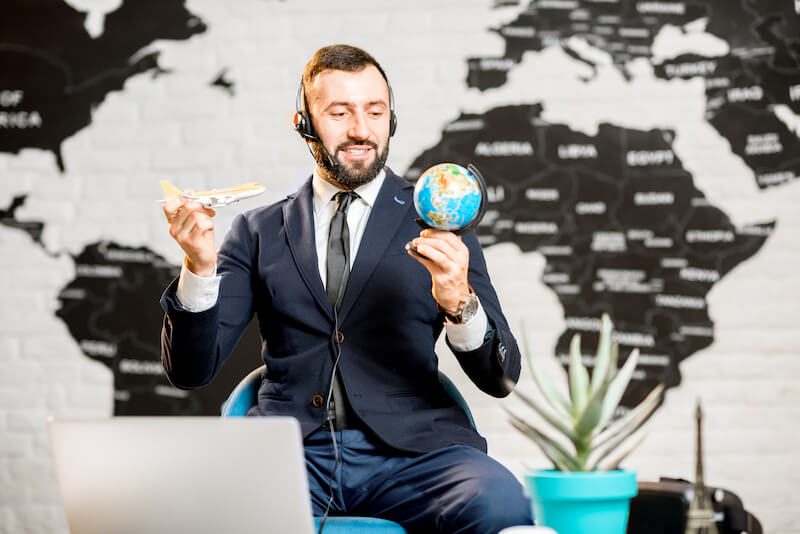 What is Alderfer’s ERG theory?

Alderfer’s ERG theory, fully titled the ERG Theory of Motivation, was proposed by Clayton Alderfer in 1969, and it is a further development of Maslow’s famous hierarchy of needs. The ‘ERG’ stands for Existence, Relatedness and Growth. It is what is known in academia as a content theory of psychology. The ERG theory is about examining what motivates people to do certain things.

The World of Work Project says that the theory ‘states that individuals can be motivated by multiple levels of need at the same time, and that the level which is most important to them can change over time. In other words, an individual’s priorities and motivations may be fluid and can move between the existence, relatedness and growth levels of need over time. They can move upwards, and they can move downwards.’

What is Maslow’s hierarchy of needs?

In order to understand ERG theory, we first need to look at an earlier and much more well known psychological theory- Maslow’s Hierarchy of Needs.

Maslow’s hierarchy of needs is a motivational theory in psychology comprising a five-tier model of human needs, often depicted as hierarchical levels within a pyramid. From the bottom of the hierarchy upwards, the needs are: physiological (food and clothing), safety (job security), love and belonging needs (friendship), esteem, and self-actualization. Needs lower down in the hierarchy must be satisfied before individuals can attend to needs higher up.

The bottom two tiers are ‘basic needs’. The very bottom or fifth tier includes physiological needs such as food, water, warmth and rest while the fourth tier is your safety needs: security and safety. Tiers three and two are categorised overall as psychological needs, broken down into tier three – belongingness and love needs, which include intimate relationships and friends – and tier two, esteem needs. These include prestige and a feeling of accomplishment. The top tier of Maslow’s hierarchy of needs is self-fulfilment or self-actualisation needs: achieving one’s full potential, including creative activities. 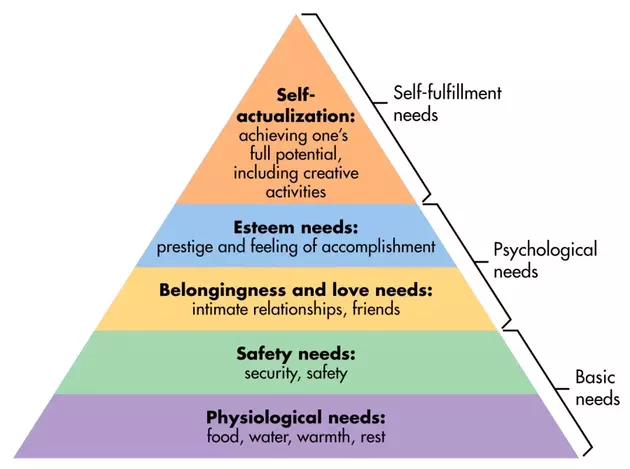 This theory was proposed by Abraham Maslow in 1943, and he said that when one ‘level’ of needs was satisfied, the desire to reach the next level would kick in.

But where and how does the hierarchy of needs fit in with Alderfer’s ERG theory? Essentially, Alderfer grouped these five tiers into his three categories – we can already see from the diagram above that Maslow’s pyramid does have three loose categories, and Alderfer reinforced this.

He put the two ‘basic needs’ tiers, physiological and safety, into his Existence category. Alderfer categorised the next two tiers, Maslow’s psychological needs, into his own Relatedness category. And finally the top tier, self-fulfilment needs, was categorised as Growth.

The key difference between the two theories is that with Maslow’s hierarchy of needs, one must fulfil a particular tier before moving onto the next one. E.g, physiological needs must be fulfilled before one starts working on – or even really desiring – safety needs being fulfilled. However with Alderfer’s ERG theory, it is much more of an overlapping and sliding scale. Alderfer actually created his ERG theory in order to account for what he thought was missing from Maslow’s hierarchy of needs in the first place.

How does Alderfer’s ERG theory work?

Now that we have looked at Alderfer’s ERG theory and how it relates to Maslow’s hierarchy of needs, we can start to examine and break down how the theory works in practice. As discussed, Alderfer suggested that people are motivated by different needs at the same time – so they might be working on (and motivated by!) Relatedness needs despite not having completely fulfilled their Existence needs.

Alderfer says that progression, or at least a perceived feeling of progression, is really important when it comes to the ERG theory. If someone feels like they are progressing well in terms of their Relatedness needs, they will start to feel motivated by Growth despite not actually having fully satisfied those Relatedness needs. And it goes the other way, too. If one feels like they are not making progress in terms of their Growth needs, this can lead to a sense of frustration and abandoning the efforts made here – they would then double down on their Relatedness motivation and work harder at fulfilling that need completely.

He also goes on to suggest that people prioritise their needs differently depending on certain factors such as upbringing, life views and career goals. One often-used example when looking at Alderfer’s ERG theory is the ‘starving artist’, motivated by Growth through their art form. With this growth potentially coming at the cost of their Existence – because they’re pursuing their passion despite not being able to pay their rent – it shows where their priority lies.

There are also three stages which people move through when covering their needs. These are Progression, Strengthening and Regression…

Of course, the ERG theory is just that – a theory. But what does it mean in practice? We can apply it to work and education, for example, and say that individuals should not be focusing on just one area of motivation. ERG theory is much less rigid than Maslow’s hierarchy of needs, meaning it can be applied in a much more individual and personal way. This is helpful from a managerial or teacher perspective as you are able to help staff or students develop in a way that is suitable to them and their needs.

ERG theory is a good reminder that not everybody is motivated by the same thing – and if you can recognise this as a manager, teacher or even parent then you are able to aid in personal development better, in a person-by-person way. For example, people who are higher up within an organisation are also likely to be motivated by Growth needs rather than Existence needs. Because of the importance placed on progression in ERG theory, and the knowledge that people are likely to slide between motivation levels, managers (etc) should be able to recognise when people are in need of encouragement or reward in terms of where they’re at and what is motivating them.

It should be noted that we can look at ERG theory across differing examples – and not necessarily just in people. It is reflected in other ways too, as you’ll discover below.

One example is an undermotivated employee. As a manager you can examine the situation and speak to the employee to see why they are feeling demotivated. Following the three stages, we would first look at Existence: is the employee earning enough to cover their basic needs? The next question would be around Relatedness needs: is the employee socialising enough with colleagues and peers, and if not how can you as a manager rectify this where possible? Finally, it is also important to look at their Growth needs: is there a position higher up in the company which this employee would be interested in aiming for, and how can you help them eventually reach their goal?

Another example we can look at is the start-up model of a company. It follows the ERG model really closely, which is very interesting. Firstly, the company will start to generate money to pay salaries, buy materials and cover bills – therefore satisfying its Existence needs. Secondly, the company will start to engage with others: sending out pitches, allying with other companies and so on. In this way, the start-up would be fulfilling its Relatedness needs. And finally, everything about the start-up will grow. More money, more clients, more business. So, the Growth need is satisfied!

There is a lot to take in when it comes to psychological theories, but Alderfer’s ERG theory is a really important one to understand in terms of motivation, needs and desires.

If you enjoyed this article on Alderfer’s ERG theory, I am sure that you will like these too-

The best baby purchase we have ever made were our

The world is the best playground! Isla had THE B

What are your top tips for hiking? I am a lot mo

The water is cold, but we don't care!

There are so many palm tree quotes and palm tree captions that are perfect for that vacation-style Instagram post, for that travel blog, as an opening line for a presentation or as an interesting quote for a written document. Palm trees remind us of warm weather and...

Are you in search of Hawaii Instagram captions and Hawaii quotes that you can use on your social media? Then you have come to the right place! Hawaii is tropical, Hawaii is cool and Hawaii is a dream destination to travel to.... so it is only natural that we want to...

12 best things to do in Windsor for a royally good trip!

Windsor is best known for being one of the official residences of the Queen! Therefore, you can expect lots of heritage and special things to do in Windsor that you wouldn't find elsewhere in the UK. In this post, I'll be telling you all of the best things to do in...

What is orphanage tourism and why is it BAD?

301 Sunshine quotes for Instagram to brighten up your day

Sunshine quotes for Instagram are definitely the best Instagram quotes! Most of us love the feeling of the warm sun on our skin and thoughts of vacations are filled with sunny days and bright blue skies. Whether you are looking for the perfect sunshine quote for...

The 9 best things to do in Hemel Hempstead

Hemel Hempstead is a town located in Hertfordshire, about 24 miles from the North of London. It's best known for its history and for its traditional English buildings. There are plenty of great things to do in Hemel Hempstead, so read on to know the best things to do...